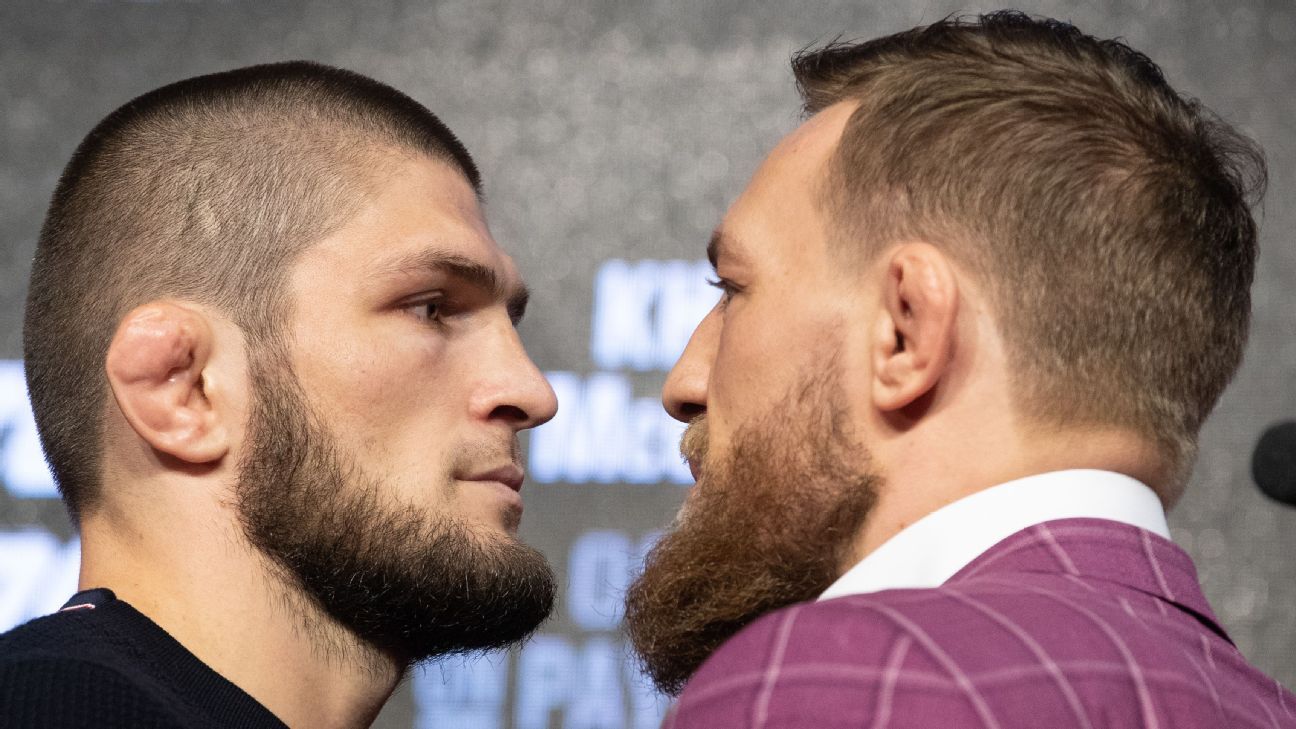 LAS VEGAS — Retired UFC lightweight champion Khabib Nurmagomedov does not believe Conor McGregor will ever return to the top of mixed martial arts, and believes the sport should stop supporting his former rival after Saturday’s loss to Dustin Poirier.

Nurmagomedov, who retired from MMA in 2020, defeated McGregor in a title fight in 2018. The buildup and fallout of that matchup was memorably ugly. McGregor, who threw a dolly at a bus Nurmagomedov was on in April, insulted Nurmagomedov’s religion, wife and father. After beating McGregor, Nurmagomedov famously leapt out of the Octagon to confront his entire team.

After losing to Dustin Poirier via TKO at UFC 264 on Saturday, during which he broke his lower left leg, McGregor insulted Poirier and made threats. According to Nurmagomedov, the sport will pay a price if it continues to build up McGregor, who he doesn’t think will be successful moving forward.

“I saw a lot of tweets try to support him. How are you gonna support this guy? When kids, young generation watch him, watch this sport? If you want to promote your fight, promote.

“If the MMA community is going to support this bad people, this sport is going to go in a bad way.”

In terms of McGregor’s fighting career, Nurmagomedov said he does not expect his old rival to compete at a high level, due to an overall lack of hunger and the leg injury.

“Without broken legs, yes, [he could be the same],” Nurmagomedov said. “But with broken legs, he’s never going to kick the same. With him, no, I don’t believe [he’ll return to the top]. Conor have good age [32], but what happened with his mind, legs — this guy is finished, but he’s good for promotion.”

Nurmagomedov went on to say he believes the UFC will either pair McGregor against Poirier or Nate Diaz when he does return, but Nurmagomedov expects McGregor to lose either of those matchups.

The UFC tried to persuade Nurmagomedov, 32, to not retire in the months that followed his announcement, but president Dana White ultimately accepted it in March and moved on with the 155-pound division. Poirier is expected to face Charles Oliveira for the lightweight championship later this year or early 2022.