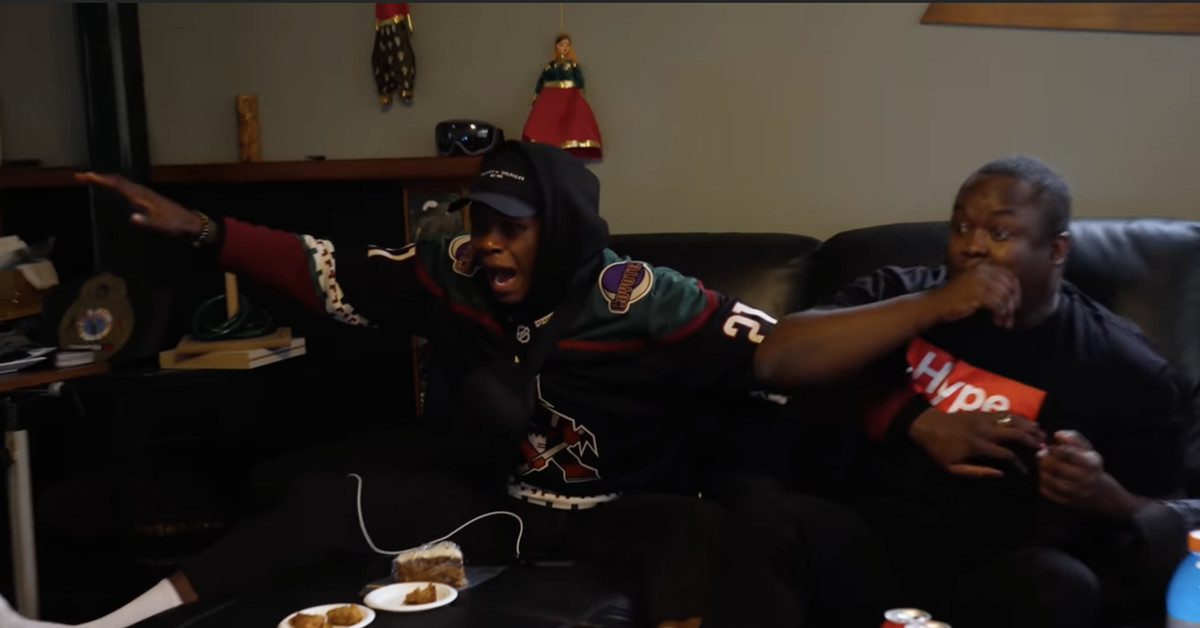 McGregor suffered a broken tibia and fibula in the final seconds of the opening round of UFC 264’s main event, rendering him unable to continue and giving Poirier a first-round TKO win via doctor’s stoppage. In a video uploaded to his YouTube channel on Sunday, Adesanya reacted to McGregor’s injury in real-time, as well as McGregor’s decision to jump for a failed guillotine submission midway through the opening round.

The UFC middleweight champion’s post-fight thoughts on Poirier vs. McGregor 3 can be read below.

“It was a good fight. I like the way Conor opened up. This is one of the reasons I don’t jump for guillotines, because Eugene says if you fail a guillotine, you’re on bottom. That’s the problem. And it was tight. It was tight, but the cage was in the way, so Dustin was able to stop and defend by not letting him get his leg wrapped and then put him in guard. Then Dustin, f*ck — the recovery. There’s a point when he was on top and he was just throwing bombs. The pace was good. The pace he was throwing at was just bewildering Conor. Credit to Conor as well because from bottom he was throwing shots, throwing them ‘bows, getting crazy. That was just a freak accident. Dustin reckons it was a check, Conor reckons it wasn’t. Yeah, crazy fight. Crazy fight. They’re definitely going to do it again. They’re going to run it back and then we’re all going to watch.”