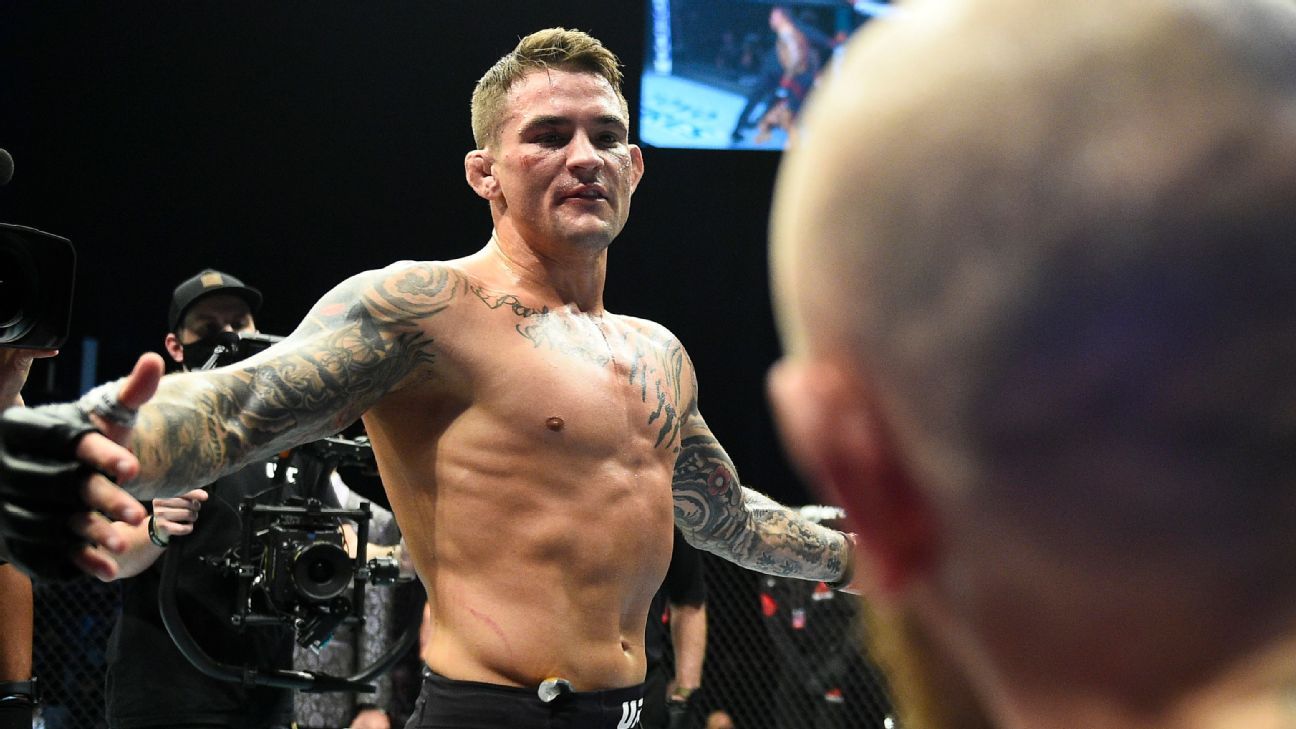 LOS ANGELES — Jake Paul had a custom gold chain made with the likeness of Conor McGregor after he was knocked out by Dustin Poirier at UFC 257 in January. The chain, which Paul dubbed “Sleepy McGregor,” will now be changing owners — to Poirier, who plans to auction it off for charity.

Paul, the YouTube-star-turned-prizefighter, wore the chain last Saturday at UFC 264, where he saw Poirier beat McGregor by TKO after McGregor suffered a broken leg at the end of the first round. Paul offered the chain, which he said cost him $100,000 to have made, to Poirier on social media.

Paul told ESPN on Tuesday that he is in the process of shipping it to the UFC lightweight star.

“It’s real,” Paul said after a news conference to promote his boxing match with former UFC welterweight champion Tyron Woodley, which is scheduled for Aug. 29 in Cleveland. “I’m hoping [Poirier] takes a picture with it. I think that’d be the most legendary thing and make Conor look so stupid.”

Paul said after a social media exchange that Poirier sent over his address and “we’re getting it shipped.” Poirier’s manager, Robert Roveta, confirmed to ESPN that Paul and Poirier brokered the deal, though the chain has not arrived to Poirier yet.

Roveta said the plan is to auction the chain off for charity. Poirier is one of the most active fighters on the UFC roster with regard to philanthropy. His Good Fight Foundation helps youth in his home state of Louisiana.

Last December, Paul offered McGregor $50 million to fight him in boxing. Paul joked Tuesday at the news conference that his offer is now just $23, because McGregor has lost two straight to Poirier.

Paul said the gold chain “manifested what happened” to McGregor at UFC 264 and the Irishman was “sent out on a stretcher like a b—-.”

“He’s just lost it,” Paul said. “He’s an actor now. I think it’s all an act. And Dustin Poirier was the one to expose that.”

Kattar Lands a 💣 !!
In Sabah Homasi, Brennan Ward finally has opponent he can amp up for
Midnight Mania! ‘I Hope UFC Will Share The Revenue With Its Fighters’
Conor McGregor ARRESTED on the way to gym!
BIG Left Hand 👊 and Islam Makhachev Ends the Fight