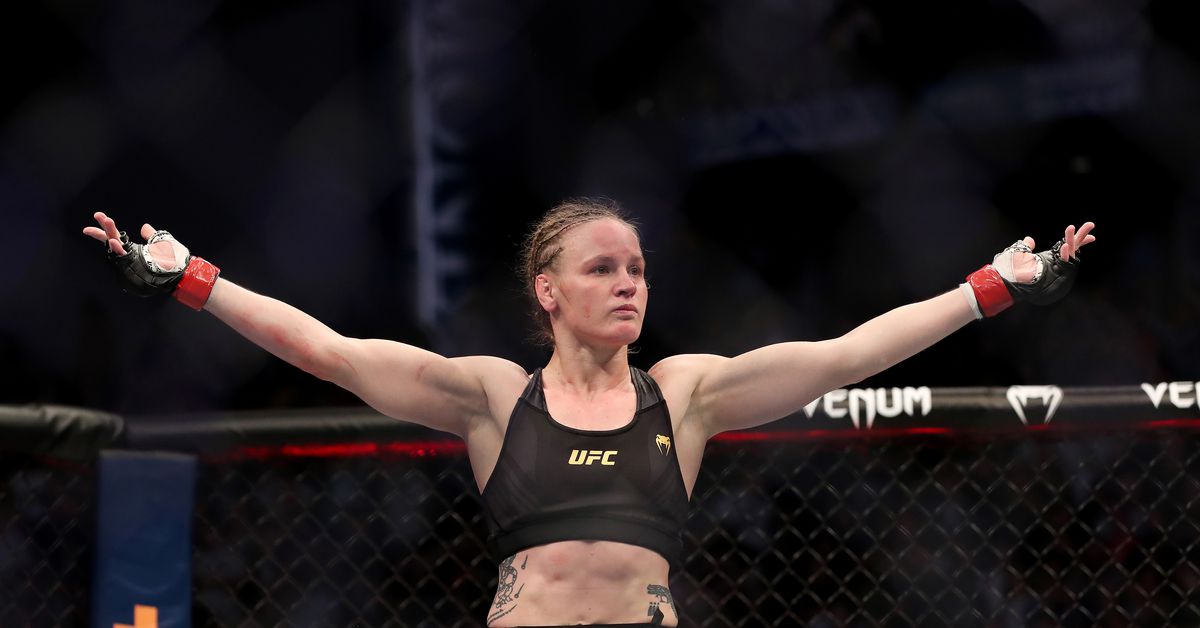 Flyweight champion Valentina Shevchenko will return to defend her title against Lauren Murphy at the upcoming UFC 266 card scheduled on Sept. 25 in Las Vegas.

Multiple sources confirmed the matchup to MMA Fighting on Tuesday following an initial report from ESPN.

Recognized as one of the most dominant champions on the entire UFC roster, Shevchenko will look for the sixth consecutive defense of her 125-pound title coming off a lopsided TKO win over Jessica Andrade in her last appearance back in April.

Overall, Shevchenko has amassed a 10-2 record in the UFC with her only losses coming to two-division champion Amanda Nunes in a pair of razor-close fights.

Meanwhile, Murphy will get her first crack at UFC gold following an impressive five-fight win streak in the flyweight division.

During that run, Murphy has rattled off victories over Andrea Lee, Roxanne Modafferi, and most recently taking out Joanne Calderwood in the fight that put her at the top of the contender’s list at 125 pounds.

Once the fight between Shevchenko and Murphy is finalized, the flyweights will join a growing card headed to UFC 266 with featherweight champion Alexander Volkanovski defending his title against Brian Ortega and a special five-round welterweight rematch between Nick Diaz and Robbie Lawler will also set to take place on the pay-per-view.