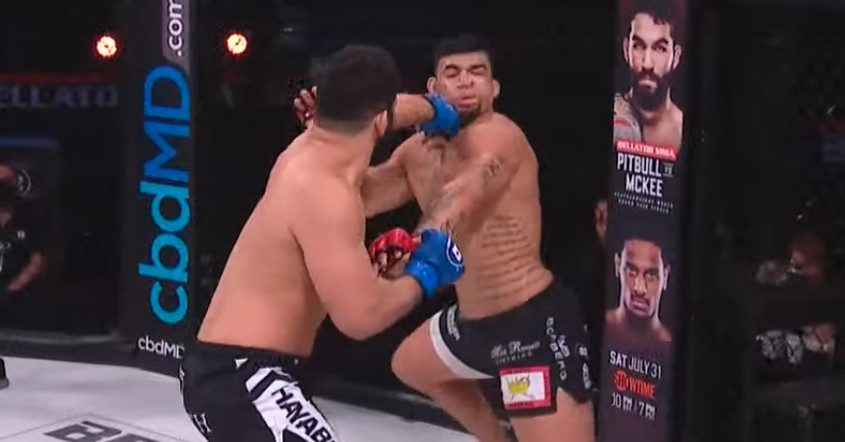 Said Sowma made short work of his friend and occasional training partner.

Sowma (7-2) slept UFC veteran Ronny Markes just 69 seconds into the pair’s undercard bout Friday night at Bellator 262. The 28-year-old stalked his American Top Team from the opening bell before landing a wicked left hook that turned Markes’ lights out. Markes (19-9) initially complained about the stoppage, but it was clear that referee Dan Miragliotta made the right decision. Watch a replay of the knockout above and below.

Sowma and Markes are teammates at American Top Team, but with both men coming off losses in their respective Bellator debuts, they had no choice but to collide Friday — potentially with their promotional futures on the line.

“He’s the most humble guy there is at ATT,” Markes told MMA Fighting ahead of Bellator 262. “Everybody loves this guy. He helps everybody. He truly is a nice guy, but I couldn’t turn down the fight. I’m coming off a loss, so it’s a complicated situation. But I hope it doesn’t change anything because I hope to train at ATT in the future. There’s nothing we can do. We’re professionals.”

Markes has now lost four of his five bouts, while Sowma is a winner of six of his last seven.