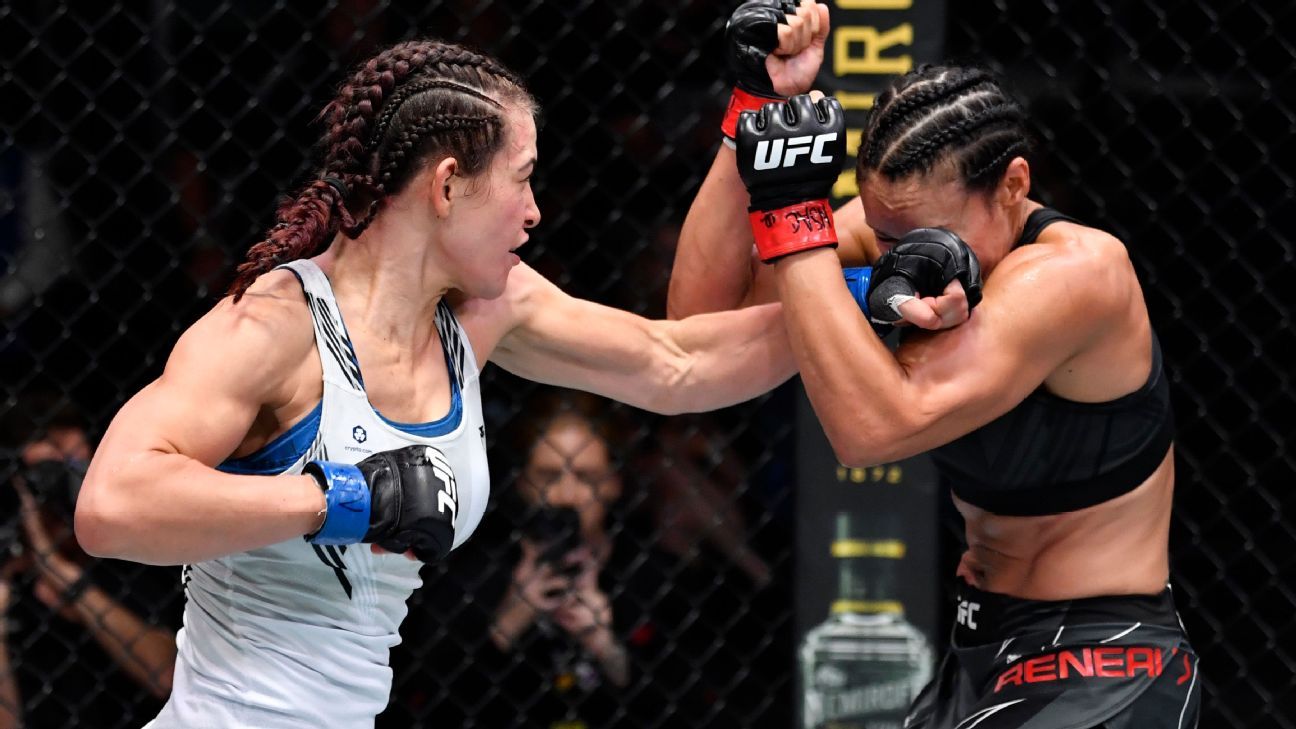 LAS VEGAS — Miesha Tate is back — and she just might actually be better than ever.

Competing for the first time since 2016, Tate (19-7) dominated Marion Reneau in the co-main event of UFC Fight Night on Saturday in Las Vegas. The former champion, and mother of two, finished Reneau (9-8-1) via TKO at 1:53 of the third round. It marks her first victory since she won the 135-pound title in March 2016.

Tate, 34, retired after back-to-back losses to Amanda Nunes and Raquel Pennington in 2016. She announced her intention to return somewhat abruptly earlier this year, but looked very much like an active fighter on Saturday. She won every round and became the first woman to ever finish Reneau in a professional fight.

Fighting out of Xtreme Couture in Las Vegas, Tate felt out her range early in the bout. She looked to establish the right hand behind the jab, and ended up securing a takedown midway through the round after bullying her way forward. Her ground game came up big agan in the second round, as she took Reneau down and landed ground and pound.

The finish came after Tate forced her way to the inside and took Reneau down again early in the third. She eventually moved her way into a back mount, flattened Reneau out and drew the referee in with repeated blows to the side of Reneau’s head. It is her first win by knockout since October 2009, and her first ever in the UFC.

Immediately after the bout, Reneau officially retired from the sport. The California native had made it known ahead of time this would be her final fight. Tate will likely jump right into higher profile fights in the wide open bantamweight division. The champion, Nunes, is scheduled to defend her title against Julianna Pena next month.