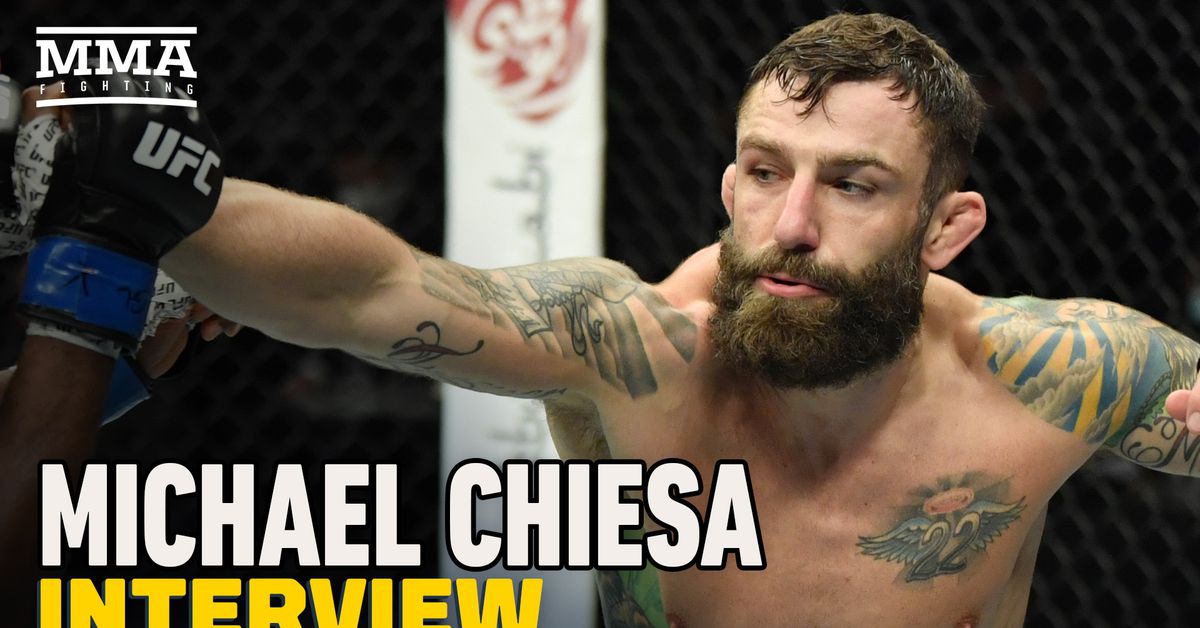 It was never a thing, but did Chiesa correct the record to let everyone know that he was actually going to face Vicente Luque in his next fight? Of course not.

When you’re in a business where it pays to be in the conversation, and it pays really well to be mentioned alongside the current titleholder, you shut your mouth and let other people promote. If Usman’s longtime manager Ali Abdelaziz wanted to say his client was more interested in facing Chiesa at UFC 263 than running back a rivalry with Colby Covington, as he recently did, that would only help “Maverick” in the long run.

“To you guys, I was like, ‘I welcome that fight, great,’” Chiesa said on What the Heck. “Why do you think I didn’t prod back at him? I knew who it was going to be. … I wasn’t upset about it. This isn’t the first time it happened.”

Apart from having already agreed to fight Luque at UFC 265, Chiesa knew he was a lot closer to fighting Usman for a brief moment this spring, when the UFC was trying to confirm an opponent for UFC 261 in April. Jorge Masvidal was already a frontrunner to get a rematch with Usman. But out of the blue, he got a call from his manager.

Chiesa had just landed in Oklahoma City to serve as a guest commentator for the UFC feeder league LFA. At first, he wondered if he shouldn’t find a treadmill and start running.

“I’m kind of going nuts here,” he said. “I know what I need to do right now. I’m trying to get prepared for the biggest moment of my life if it’s coming up on this short a notice.”

Then he thought about it a little bit more, and he figured if he was getting the call less than two months before the pay-per-view event, it probably had more to do with negotiations between the promotion and Usman’s opponent than it did a true need for a new face.

“I know how this business works,” Chiesa, the No. 8 welterweight in the MMA Fighting Global Rankings, said. “I’d like to think I’m pretty savvy to this kind of stuff.”

When Abdelaziz recently decided to give him some more free press, Chiesa was more than happy to take it. He had no intention of returning before July. Then if he beat Luque, fans would make the title shot connection.

Now, on to the harder part: Beating Luque.

“This is the fight I need to get to the next level,” Chiesa said. “This is a test I need to pass before I get to that next level. If I can get a win, whether it be by finish or by decision, whatever the result is, I’m going to have to walk through the fire to get it.

“I want to fight for the title. If I go out there and have a dominant performance, I don’t see how I can’t stake my claim with a five-fight winning streak, and being the freshly minted No. 5 guy. Why not me? But I’m not looking too far ahead. I’m deadlocked focused on Vicente Luque.”

He’d better be. Luque has finished 12 of 16 opponents inside the octagon and is currently on a three-fight winning streak punctuated by a UFC sendoff of ex-champ Tyron Woodley. If Chiesa takes any part of his opponent lightly, he could wake up under immediate medical care.

“I’m not just saying this to build my opponent: This is the most dangerous guy I’ve ever fought,” he said. “If you look at his record and what he’s done in the octagon, no one would disagree with me.”

It’s also not hard to see why Usman and Abdelaziz would see Chiesa as a worthy opponent. He is unbeaten with four straight wins since moving up from the lightweight division, and the names he has beaten are all seasoned veterans of the sport including one former lightweight champion (Rafael dos Anjos) and one interim welterweight champion (Carlos Condit). But with other contenders like Covington and Leon Edwards on deck, he needs one of those signature wins that gets everyone talking.

Another thing Chiesa has learned in his time in the UFC is that you can go from the middle of the pack to the front in a hurry if the circumstances align. Even if they don’t, he’s ready to fight it out.

“It’s crazy to think I’ve been here for nine years,” he said. “Am I turning into Michael Bisping? Am I going to be the guy that’s gotta battle it out for a decade before I get my title shot? If that’s the case, whatever. That’s fine. As long as I get one, sooner than later. I have to fight for the title. It’s my destiny.”