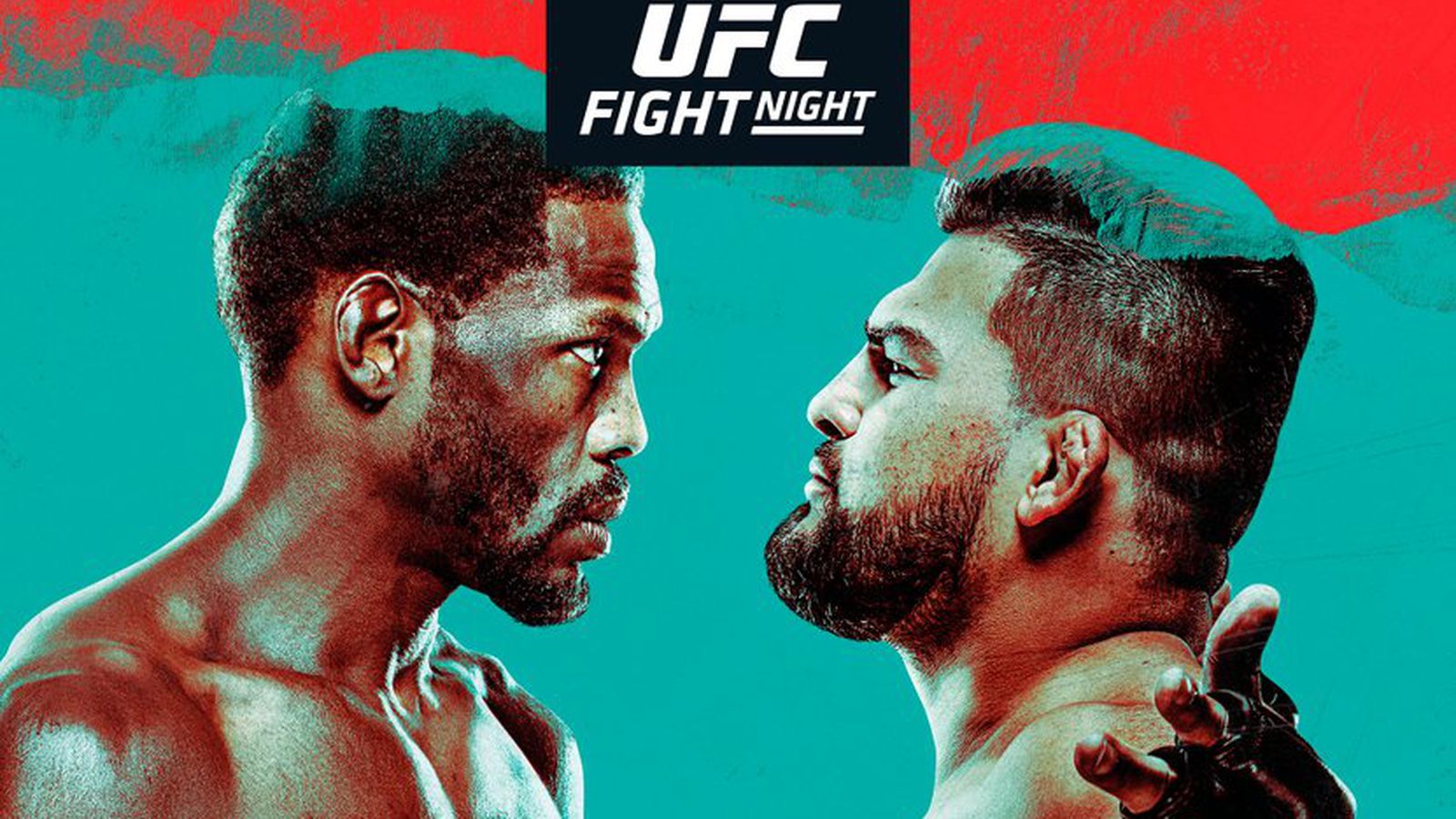 Longtime 185-pound contender Kelvin Gastelum has agreed to step in for the problematic Paulo Costa to throw hands with No. 3-ranked middleweight Jared Cannonier in the upcoming UFC Vegas 34 main event, scheduled for Sat., Aug. 21, 2021 inside APEX in Las Vegas, Nevada.

Now they have an official poster.

Gastelum (16-7, 1 NC) was one victory away from capturing the interim middleweight strap against Israel Adesanya at UFC 236 back in early 2019. Instead, the former welterweight came up short by way of split decision — part of a dreadful 1-4 streak that includes losses to Darren Till and Robert Whittaker.

As for Cannonier (13-5), he’s also looking to rebound from a decision loss to Whittaker, one that snapped a three-fight win streak dating back to May 2019. “The Killa Gorilla” — a former heavyweight — is one of the hardest punchers at 185 pounds and will look to keep his spot in the Top 5 by vanquishing Gastelum.

And pay his bills in the process.

To see who else is fighting at UFC Vegas 34 next month in “Sin City” click here.