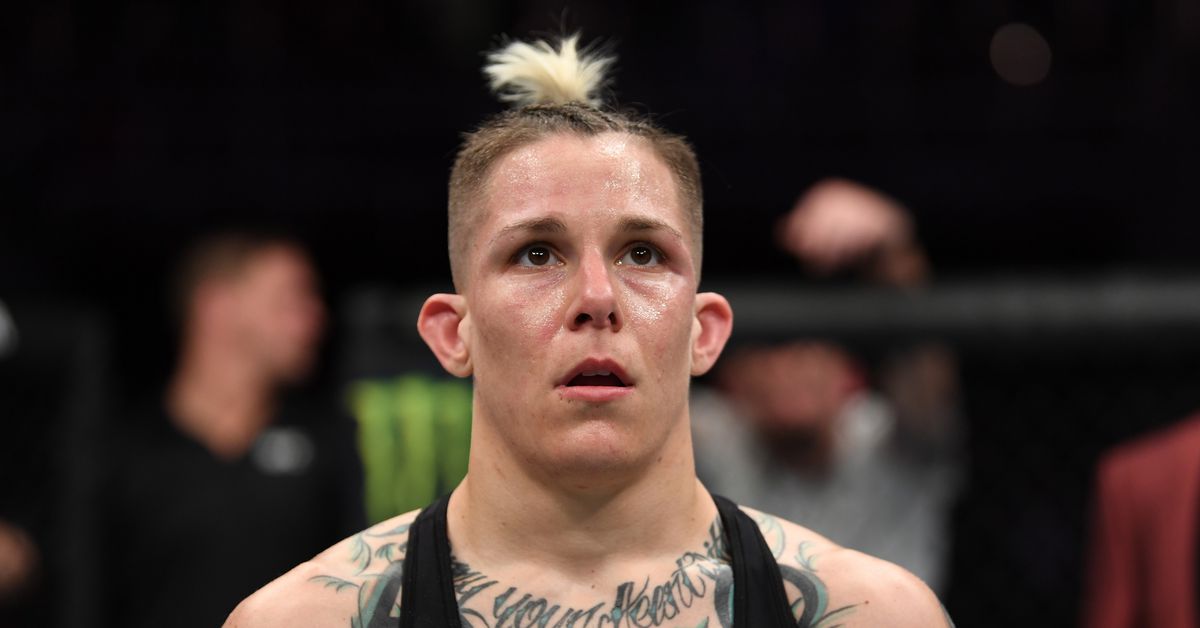 The UFC Vegas 32 fight card just took a major hit after the promotion announced that women’s bantamweight bruiser Macy Chiasson was injured and forced from the lineup, which now proceeds with just 11 bouts for Sat. night’s (July 24) ESPN/ESPN+ card from APEX in Las Vegas, Nevada.

The nature of the injury was not disclosed but I would imagine it’s pretty serious if Chiasson was yanked at the eleventh hour. The silver lining to that cloud is that opponent Aspen Ladd can stop cutting weight, a grueling process that has not been kind to her over the last several years.

Expect Chiasson and Ladd to be rebooked for a later date.

UFC Vegas 32 will be headlined by the bantamweight showdown between former training partners Cory Sandhagen and TJ Dillashaw, who battle for the right to stay alive in the 135-pound title chase. Elsewhere on the card, Darren Elkins collides with Darrick Minner in featherweight action, while Miranda Maverick and Maycee Barber hook ‘em up at 125 pounds.

For the revised UFC Vegas 32 fight card and ESPN/ESPN+ lineup click here. For more UFC Vegas 32 news and notes be sure to hit up our comprehensive event archives here and here.