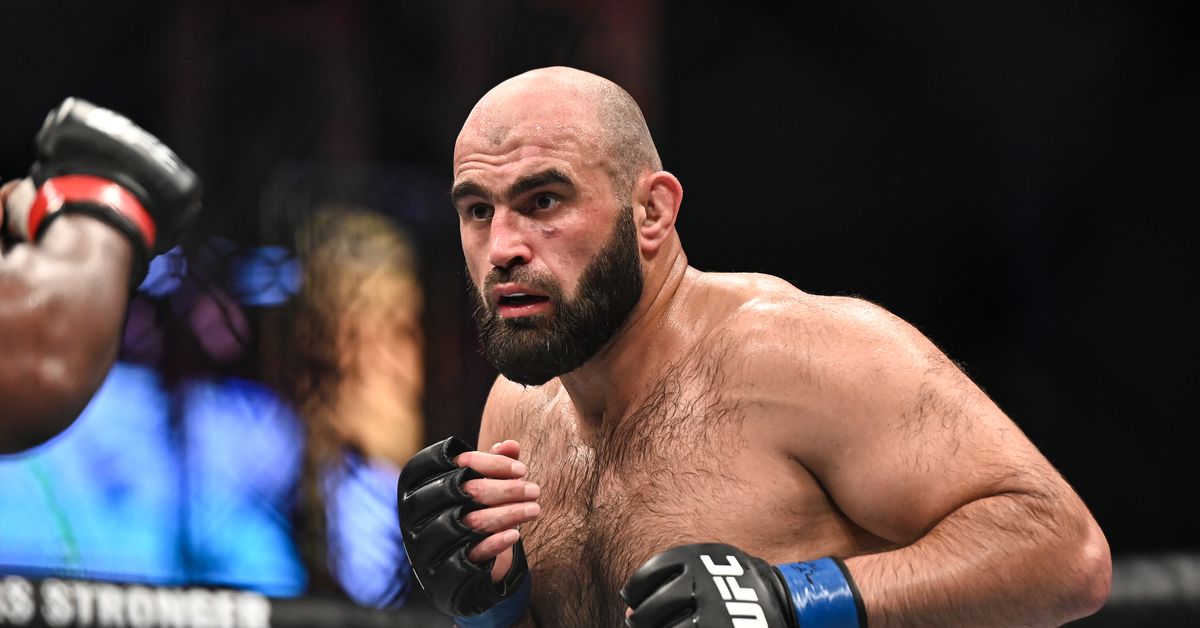 UFC Vegas 33 has lost its expected co-main event after Shamil Abdurakhimov vs. Chris Daukaus was cancelled.

A person with knowledge of the cancellation confirmed the news to MMA Fighting after an initial report from TSN’s Aaron Bronsteter. Abdurakhimov was forced to withdraw from the card for undisclosed reasons.

UFC Vegas 33, which takes place Saturday at UFC APEX in Las Vegas, will now proceed with 13 bouts. The promotion is expected to announce the revised fight card shortly.

The cancellation was confirmed just hours after UFC Vegas 33 lost another main card bout in Sam Alvey vs. Roman Kopylov. The bout was scratched when Kopylov was unable to obtain a visa in time for the event.

For Abdurakhimov, the scratch is yet another setback. The Dagestani heavyweight was expected to face Daukaus on July 24 at UFC Vegas 31, but the bout was postponed due to COVID-19 safety protocols in place for his team. He was set to face Augusto Sakai at UFC Vegas 25, but visa issues kept him from making the fight. Prior to that, a pair of bookings against current interim title challenger Ciryl Gane were cancelled, the first due to a Gane illness and the second when he withdrew for undisclosed reasons.

In his most recent octagon appearance, Abdurakhimov was stopped by Curtis Blaydes via second-round TKO at UFC 242. The loss snapped a three-fight winning streak.

Daukaus most recently appeared at UFC Vegas 19, where he stopped Alexey Oleynik via first-round TKO to extend his UFC winning streak to three fights.

UFC Vegas 33 is headlined by a middleweight fight between Uriah Hall and Sean Strickland.