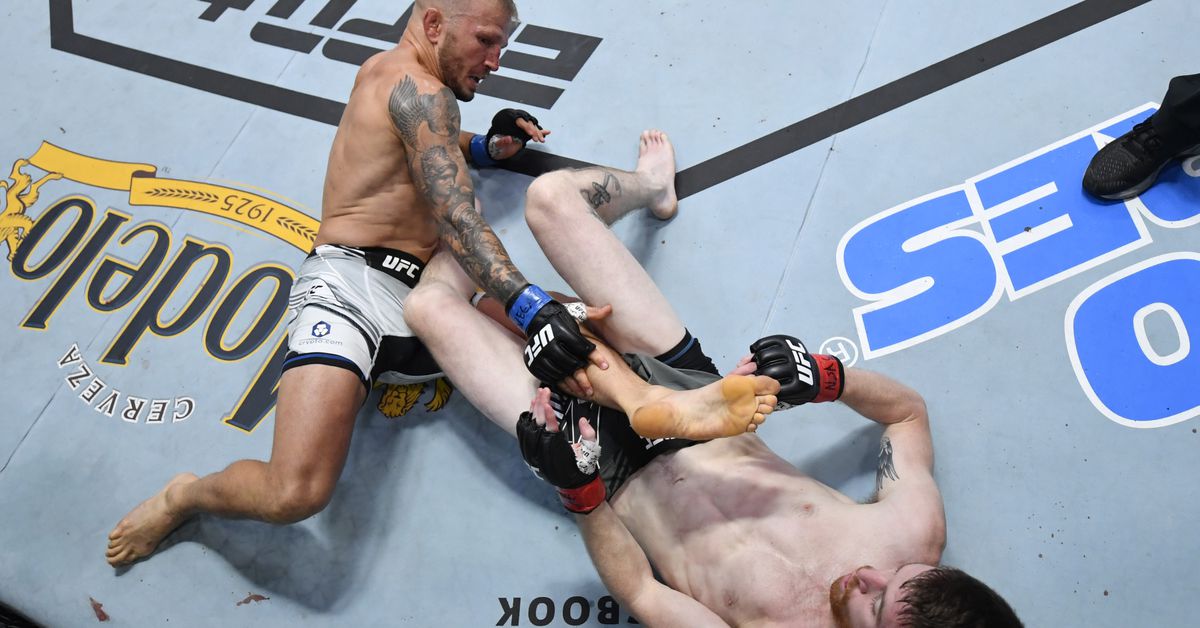 T.J. Dillashaw got a win in his first fight in more than two years but now he’s headed into surgery after earning a split decision victory over Cory Sandhagen at UFC Vegas 22.

The former bantamweight champion revealed on Tuesday that an MRI revealed a couple of tears in his knee that will force him to go back under the knife but he’s not expecting a lengthy layoff as a result.

“Went in for a MRI today, found out that I suffered a displaced Bucket Handle tear of the Lateral Meniscus and a Lateral Collateral Ligament (LCL) rupture at the end of the first round landing ground and pound while being lazy in a compromised position,” Dillashaw wrote on Instagram.

“The good news is that these tears are repairable and will have a very speedy recovery. Going in for surgery in the next couple days. Loved being in the cage even though I had to push through some adversities to grit out the win. Thank you for the support, it’s belt season now.”

A bucket tear of the lateral meniscus that requires surgery will typically require approximately six weeks of recovery without putting any weight on the leg. Recovery from an LCL rupture is typically the same.

The injury occurred during the first round after Sandhagen went for a flying knee and ended up on the ground with Dillashaw.

Sandhagen argued that an attempted heel hook off his back is what did the damage to the knee, although Dillashaw obviously believes otherwise. Either way, he went back to his corner favoring his knee and later stated that the injury prevented him from putting full weight down on his leg as he attempted several takedowns during the fight.

While the knee problem obviously hampered Dillashaw, he was still able to eke out a razor-close split decision win over Sandhagen to earn his first win since 2018.

The win also put Dillashaw back into position to potentially battle for the bantamweight title in his next fight as he keeps a close eye on the upcoming fight between Aljamain Sterling and Petr Yan that is expected to take place at UFC 267 in October.

‘This is the happiest time for me’: Inside Fedor Emelianenko’s last hurrah in MMA
Jamahal Hill Targets “The Ultimate Test” In An MMA Opponent
Raul Rosas Jr. plans to set a lot of UFC records
Video: Should Conor McGregor, Tony Ferguson be ‘The Ultimate Fighter 31’ coaches?
PHOTOS: Laura Sanko’s best social media posts ahead of color commentary debut