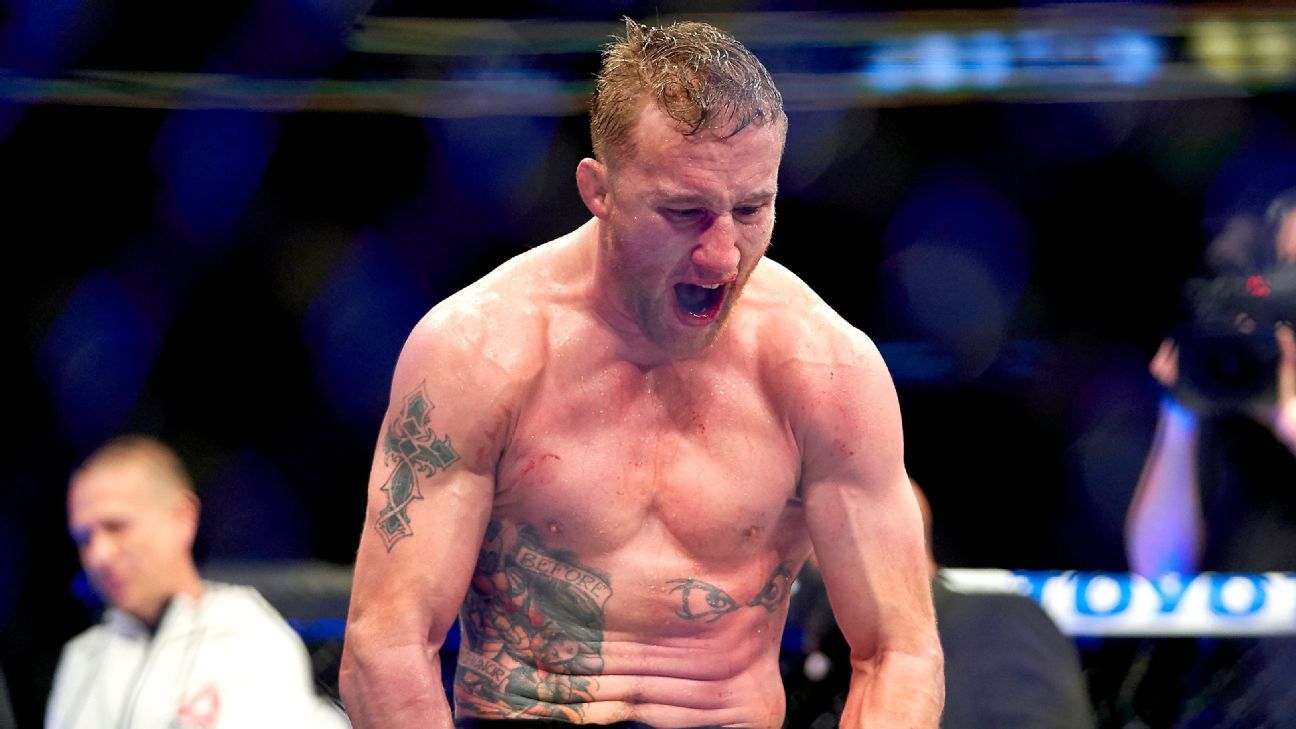 The UFC is adding a lightweight matchup between Justin Gaethje and Michael Chandler to its pay-per-view event in November, multiple sources told ESPN on Friday.

Contracts have not been signed, but both parties have agreed to the 155-pound contest. The promotion has not officially announced a date or location for UFC 268, but the target is Nov. 6 inside Madison Square Garden.

Gaethje (22-3) has not fought since a second-round submission loss to Khabib Nurmagomedov in a UFC championship fight last October. Nurmagomedov announced his retirement immediately after that fight, and Brazilian lightweight Charles Oliveira has since claimed the vacant title.

It was actually Chandler (22-6) who Oliveira went through to win the title. A former Bellator MMA champion, Chandler hurt Oliveira in the first round of their title fight in May before suffering a knockout loss in the opening minute of the second round. The loss dropped Chandler’s UFC record to 1-1.

The UFC has been interested in pairing Gaethje and Chandler together ever since Chandler signed with the organization last September. The two have extremely fan-friendly styles. Gaethje has won nine post-fight bonuses in just eight appearances in the UFC. Chandler has recorded finishes in 17 of his 22 professional wins.

A welterweight title fight between Kamaru Usman and Colby Covington is set to headline the UFC 268 event.