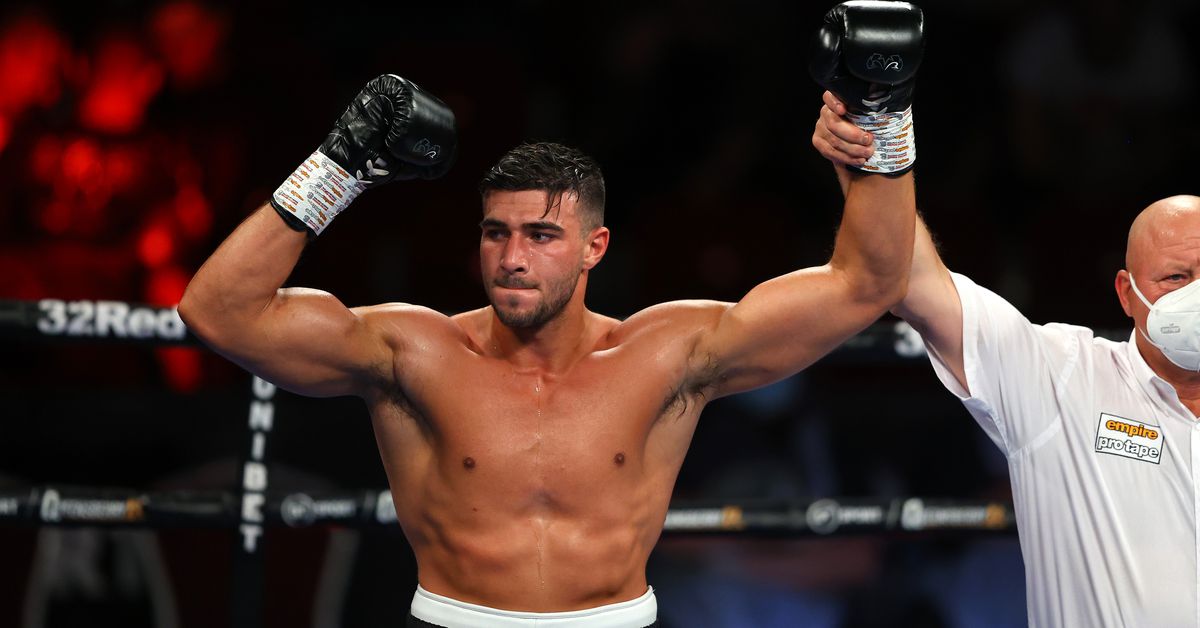 Showtime Sports is in the Jake Paul business, and business is looking good.

Currently, Paul is set to fight former UFC champion Tyron Woodley on August 29th in Cleveland. After that? Reports have the promotion looking at Tyson Fury’s younger brother Tommy Fury as a potential opponent for Jake. Showtime has just signed Fury to a two fight deal, with his first fight being on the Paul vs. Woodley undercard.

Tommy is best known in the UK for his stint on the trash reality show Love Island, and the 22 year old is popular enough to regularly appear in British tabloids. As a boxer he’s 6-0, which might seem impressive until you look into the records of the men he’s beat. One is a staggering 10-113 while another is 0-30. Fury kicked off 2021 by beating 0-14 Scott Williams before finally facing someone in June with a winning record: the 2-0 Jordan Grant.

So Tommy Fury is more of a celebrity side show than a legit boxer at this point, which really makes him the perfect addition to the Jake Paul vs. Tyron Woodley undercard. Fury will face an opponent TBA with boxing and MMA experience, and if both Fury and Paul emerge victorious the reported idea is to match them both up next.

While MMA fans would rightfully consider this to be a pretty big step down in competition for Jake Paul after fighting Tyron Woodley, it makes sense as a fight that will undoubtedly tickle the UK public’s interest. And hey, how many times can Jake fight ex-UFC fighters before that schtick gets old? For someone looking to troll his way into the boxing conversation, smoking Tyson Fury’s little brother sounds pretty on brand for Paul.

Of course, social media metrics will be the key to this fight coming together. If Tommy Fury doesn’t create a buzz on the Paul vs. Woodley undercard, we’re sure Jake and the gang have other equally ridiculous options in the wings.