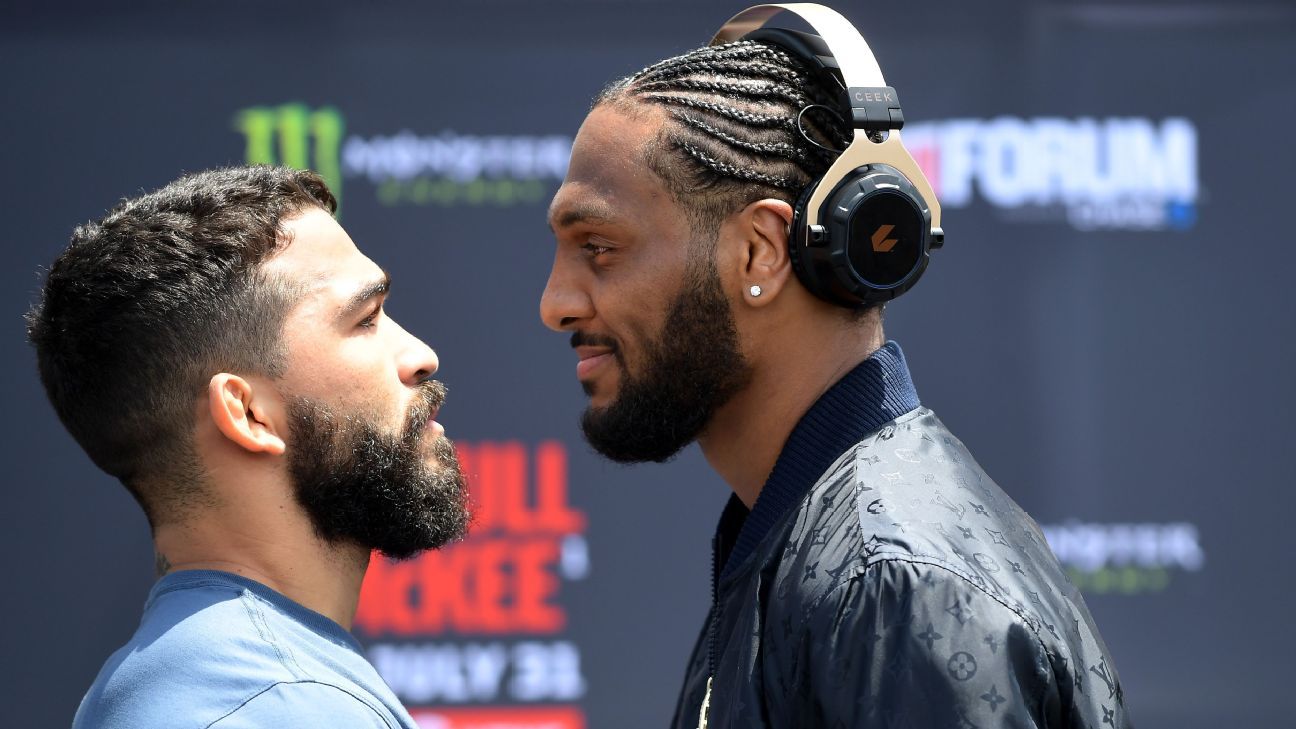 INGLEWOOD, Calif. — Los Angeles, and the sport of mixed martial arts, has a new star athlete.

The undefeated A.J. McKee submitted Patricio “Pitbull” Freire via guillotine choke at just 1 minute, 57 seconds of the first round to win the Bellator featherweight title Saturday night in the main event of Bellator 263 in front of a raucous, partisan crowd at the LA Forum.

McKee also won the Bellator Featherweight World Grand Prix and its $1 million prize with the victory.

The nearly sold-out crowd gave McKee, a native of Long Beach, California, a huge pop when he walked out, then chanted “A.J.!” before the bout started. When McKee finished the bout, the Forum exploded, and people started to rush the cage before being stopped by security. This was by far the biggest victory of McKee’s career in one of the biggest fights in promotion history — a kind of passing-of-the-torch moment.

The stoppage was a wild one. McKee rocked “Pitbull” with a left head kick and then stopped as if he won. But referee Mike Beltran told him to fight on. So McKee grabbed a vulnerable Freire in a guillotine choke with both of them standing and squeezed until “Pitbull” appeared to go unconscious. At that point, Beltran stepped in and stopped it.

Before Saturday night, “Pitbull” had been finished just once before in his MMA career, and it was due to a leg injury in 2016 against Benson Henderson.

Coming in, ESPN had “Pitbull” ranked No. 3 in the world at featherweight. Freire is the most accomplished fighter in Bellator history, holding a plethora of the promotion’s most significant records. He is also the Bellator lightweight champion and holds a first-round TKO win over UFC lightweight contender Michael Chandler.

McKee is Bellator’s red-hot young star, someone who could be one of the biggest draws in MMA in the future. There was bad blood here, too. Freire and McKee nearly got into a physical altercation at the news conference Thursday, with “Pitbull” having to be escorted off stage. Freire was angry that McKee said he would beat him in front of his wife and kids, which came after Freire said he would beat McKee in front of his father and coach.

McKee (18-0) has finished four straight fights. “The Mercenary” owns the most consecutive victories in Bellator history (18), the most submission wins in Bellator featherweight history (six) and the most stoppages in the Bellator 145-pound division ever (13). McKee, 26, is coached by his father, Antonio, who himself was an established MMA fighter.

Freire (32-5) was on a seven-fight winning streak coming in and had won 15 of 17 overall. The Brazil native has the most wins (20) and most title fight wins (10) in Bellator history, plus he is tied for the most finishes with Chandler (13). Freire, 34, is a two-time Bellator featherweight champion with seven successful title defenses in the division.