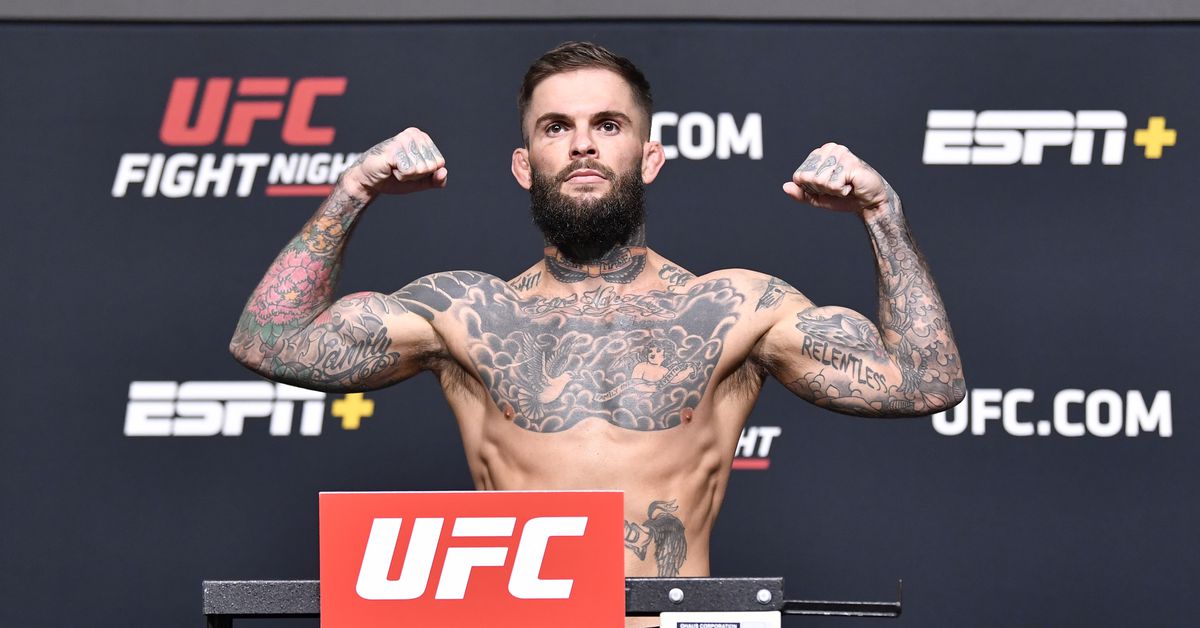 MMA Fighting confirmed with sources with knowledge of the matchup that the former bantamweight champion will make his 125-pound debut against Kai Kara-France, the No. 11 flyweight in the MMA Fighting Global Rankings, at a Dec. 11 UFC event with a location still to be determined. ESPN was first to report the fight.

Garbrandt (12-4) changes divisions after a 7-4 run at bantamweight that saw him capture a UFC title in 2016 and then lose consecutive championship bouts against rival T.J. Dillashaw. He has lost four of his past five fights, including his most recent outing in May, a unanimous decision loss to Rob Font.

The former champ has been on the cusp of a move down a division for the past few years, first expressing an interest in fighting then-flyweight titleholder Demetrious Johnson in 2017, and later being scheduled to fight Deiveson Figueiredo for the flyweight title at UFC 255 in November of last year. Garbrandt had to withdraw from the Figueiredo fight due to a bicep injury.

Kara-France (22-9, 1 NC) is coming off of a first-round knockout win over Rogerio Bontorin at UFC 259 in March. He has alternated wins and losses in his past five bouts and his UFC record stands at 5-2.