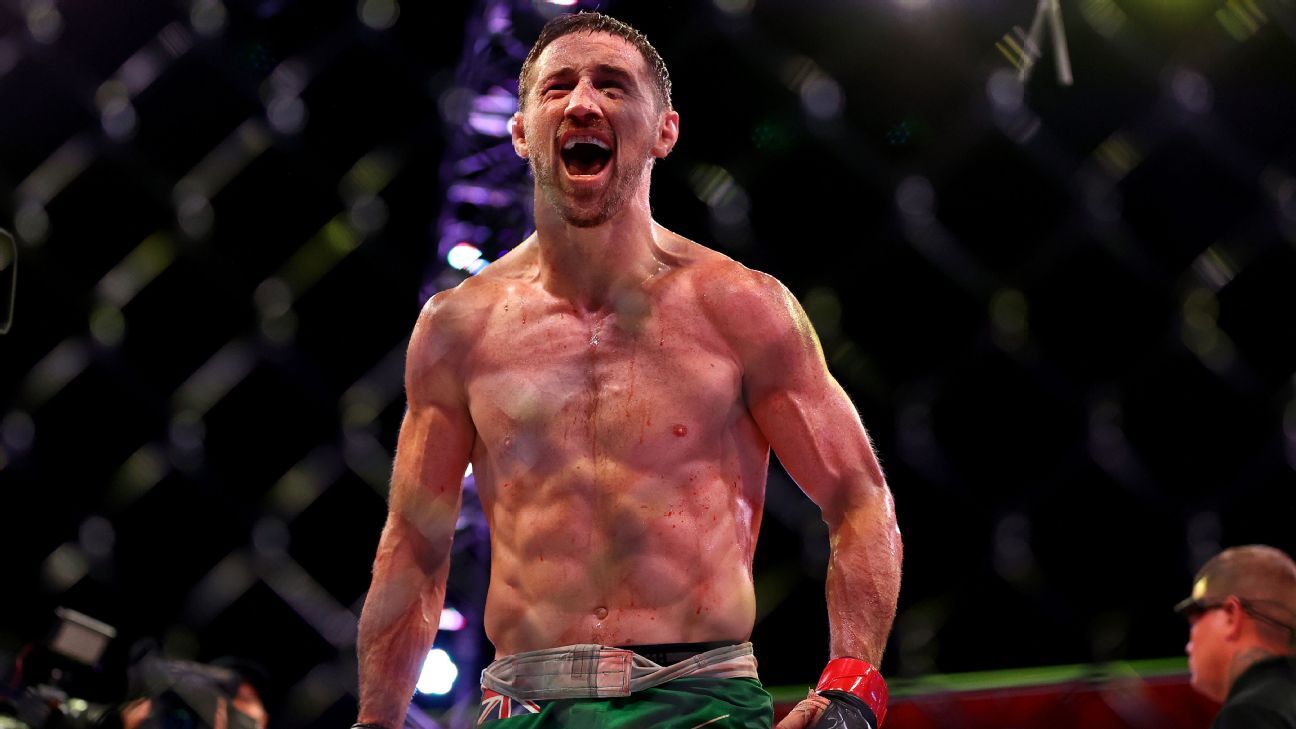 In 2019, the last time the Professional Fighters League staged their playoffs and crowned six $1 million winners, the champion of each division looked indomitable on their title runs.

Now, after a lost 2020 season because of the COVID pandemic, the PFL is back with playoff semifinals set for three cards this month at Seminole Hard Rock Hotel & Casino in Hollywood, Florida — and not one of the 2019 champs feels fully in charge this time around.

Three of those most recent champions are not part of these playoffs. One didn’t even set foot in the cage because he was not medically cleared. The others, both two-season champs, did not earn enough regular-season points to secure one of their divisions’ four playoff spots. And even the champs who did make the playoffs are not top seeds.

While it seems inconceivable that undefeated Kayla Harrison would fall short of successfully defending at women’s lightweight, where she is the No. 2 seed but as dominant as ever, it is entirely possible that all five of the other weight classes might have new champions by the end of the 2021 finale.

There are open questions throughout the PFL’s six weight classes. Here are a few to keep an eye on.

Is Magomed Magomedkerimov the real main man at welterweight?

This card’s main event is a fight the PFL brass surely had pegged — fingers crossed — for the season final: 2019 champion Ray Cooper III vs. this season’s shiniest signee, Rory MacDonald — a former Bellator champion and UFC title challenger. But that bout is instead taking place in the semifinals, and the survivor still will have a significant piece of work to do to earn the big check.

On the other side of the bracket is Magomed Magomedkerimov, winner of 12 fights in a row, including a 2018 finale victory over Cooper. Magomedkerimov is actually the No. 4 seed, with the top spot occupied by Joao Zeferino. But that’s because Magomedkerimov completed only once this season, in a fight he won by submission in less than two minutes. He’s a force, and the one to beat.

Can Clay Collard go from novelty to lightweight champion?

While Collard entered the season with 27 fights under his belt in a decade-long MMA career, he really made his name in boxing. From the summer of 2019 through the year that followed, he won eight of nine fights in the ring, including a couple against rising boxing prospects, all on big shows (Top Rank, Golden Boy, Premier Boxing Champions). He became the unlikely breakout star of the fan-less era of boxing, knocking off a series of young, undefeated prospects.

But once Collard returned to MMA, he immediately made his presence known. In his PFL debut in April, he dominated former UFC champion Anthony Pettis. Collard followed with a slimmer win in June. And now, even as the No. 2 seed, he enters his semifinal against Raush Manfio (who also went 2-0 in the regular season) as a serious contender for the million.

On the opposite side of the men’s lightweight bracket, top seed Loik Radzhabov — the only fighter to record a finish in the division during the regular season — takes on No. 4 Alexander Martinez. Martinez qualified for the playoffs on the strength of one win, which just so happened to come over Radzhabov.

Can Larissa Pacheco give defending women’s lightweight champion Kayla Harrison something to think about?

Harrison, the two-time Olympic gold medalist judoka who is 10-0 in MMA, rolled through her two fights this season, finishing both in the first round. But so did Pacheco, and she did it faster, which is what earned the Brazilian the top playoff seed. Pacheco and Harrison met twice in 2019, the second time in the $1 million finale, and Harrison won both times.

Both fights went the distance, though — the only two fights in Harrison’s career in which she did not get a finish. Is Pacheco still a distant second-best, or has she closed the distance? If both women get past their semifinal matchups — and it would be a stunner if they don’t — we’ll get to see how these two now stack up.

Pacheco faces Taylor Guardado, who quietly breezed to two decision wins to make the cut for the playoffs. Guardado returned to MMA in 2020, nearly a decade after a standout amateur career that included wins over UFC veterans Raquel Pennington and Ashlee Evans-Smith, with her only amateur loss coming at the hands of Ronda Rousey.

Harrison faces Genah Fabian, a New Zealand native who fights out of City Kickboxing — the home of current UFC champions Israel Adesanya and Alexander Volkanovksi, among several other big names.

Can flashy fights make up for a lack of name recognition as the PFL crowns a new heavyweight king?

From one-punch knockouts to back-and-forth slobberknockers, heavyweights tend to have a powerful impact on the sport of mixed martial arts. And yet in the PFL, this division has yet to drum up as much interest as the other weight classes, despite a multitude of exciting results thus far in 2021.

That could very well boil down to who’s producing those results. The PFL tried to add star power by signing former UFC champion Fabricio Werdum, but he was knocked out in the first round in his May debut (later overturned to a no contest) and has not been seen since. The 2019 champion, Ali Isaev, never even made it to the cage this season.

Among the four fighters in the playoffs, No. 1 seed Bruno Cappelozza and No. 2 Denis Goltsov both had KOs in their two regular-season bouts. Can one of them make a name for himself — and his weight class?

Cappelozza fights late entrant Jamelle Jones, who himself recorded a first-round finish in his lone regular season bout. Goltsov fights Ante Delija, who made the playoffs in his second PFL season. Between the 2019 and 2021 PFL seasons, Delija nearly fought Ciryl Gane, who fights for the UFC interim heavyweight title on Saturday, in October 2020 before contract complications scuttled the fight.

Is the 2019 PFL light heavyweight champ on his way to scraping his way back to a repeat championship?

Emiliano Sordi was dynamic in the 2019 PFL regular season and playoffs, winning all five of his fights by finish — four of them in the first round. The Argentine was not as dominant in 2021. He won his first fight by decision and, thanks to a foul for illegal blows, was held to a draw in his second. That put him in a tie for the final playoff spot, which he squeaked into via tiebreaker. Despite being the lowest seed, though, Sordi appears to be the class of this field.

Top-seeded Antonio Carlos Junior has won just one of his last five fights, with his most recent bout ending in a no-contest following an accidental low blow. Second seed Cezar Ferreira has lost three of four, and No. 3 Martin Hamlet is coming off a loss. Sordi is in prime position to extend his reign, as long as he can recapture a little bit of what made his 2019 run so special.

Is Brendan Loughnane vs. Movlid Khaybulaev in the featherweight semifinals the under-the-radar fight of the year in the PFL?

Loughnane has been impressive from the get-go, winning his PFL debut with a two-minute finish of UFC veteran Sheymon Moraes. He enters the PFL playoffs as a top seed on a seven-fight winning streak. But there’s a roadblock immediately ahead. Khaybulaev is 17-0-1, and comes into the playoffs having knocked off two-time defending featherweight champion Lance Palmer. The Dagestani is just the No. 4 seed because both of his fights went the distance, denying him the bonus points that come with a finish. Can Khaybulaev now bounce another star performer?

On the opposite side of the bracket, Chris Wade returns to the PFL playoffs after moving down to featherweight. He won both of his fights, and wrapped up the No. 2 seed with a second-round finish in June. Wade fights Bubba Jenkins, who won both regular season fights by decision and opened the season by defeating Palmer.