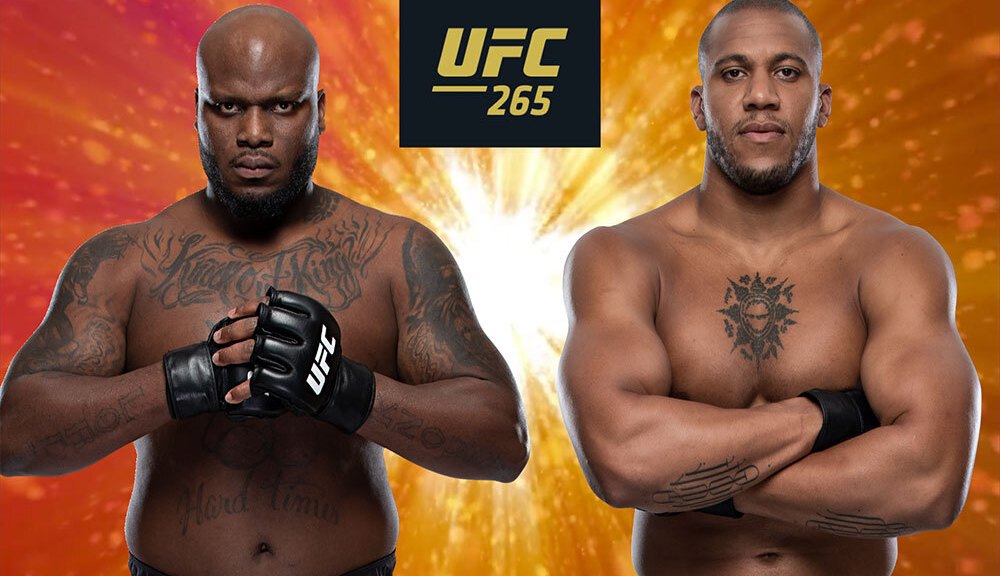 MMA Junkie analyst Dan Tom breaks down the UFC’s top bouts. Today, we look at the main event for UFC 265. 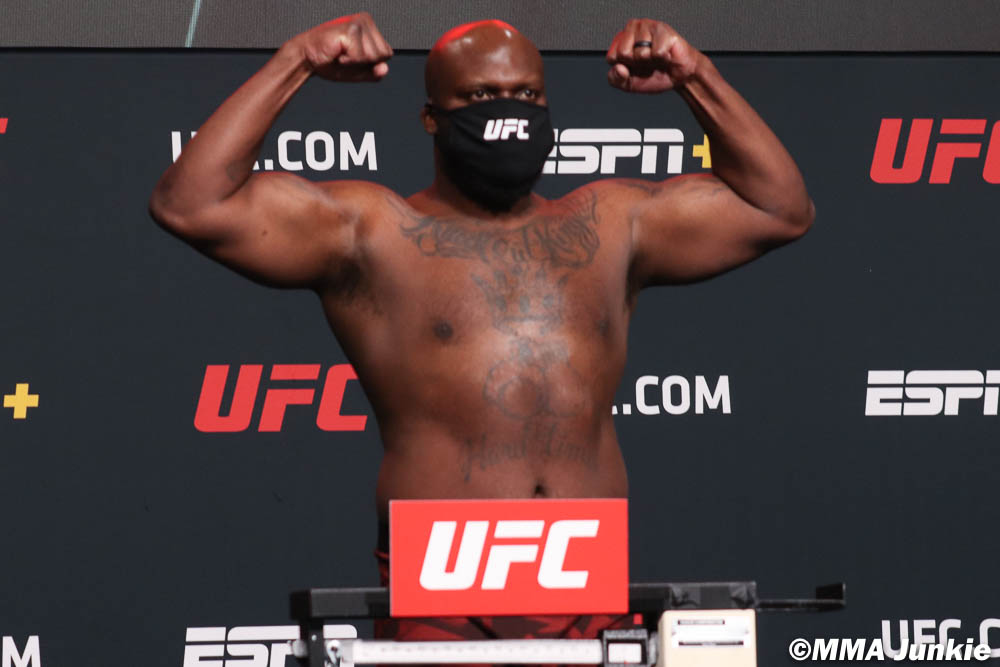 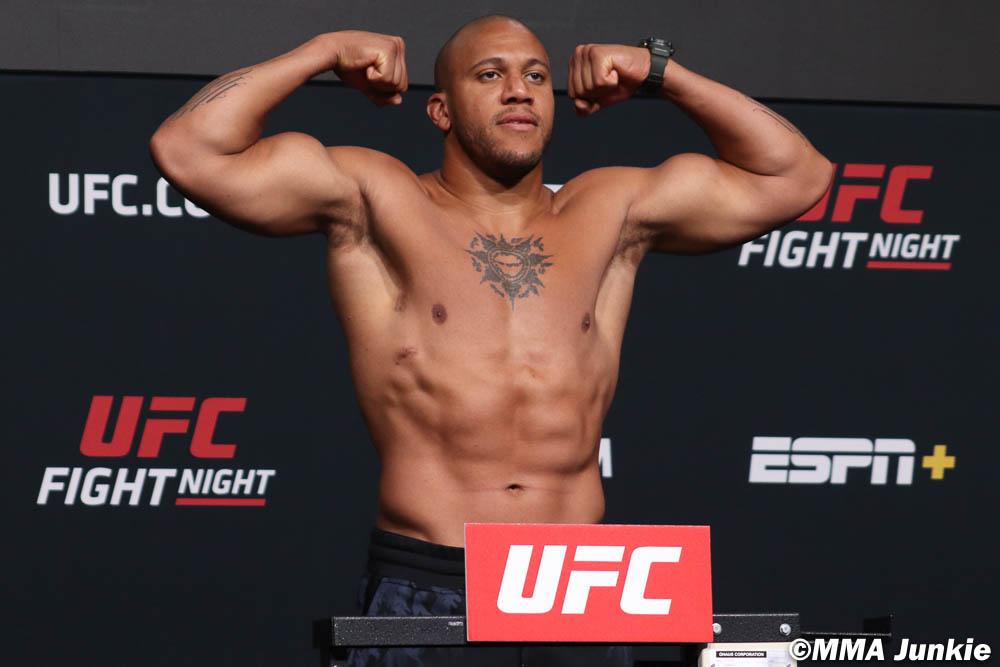 Point of interest: Dancing with the devil 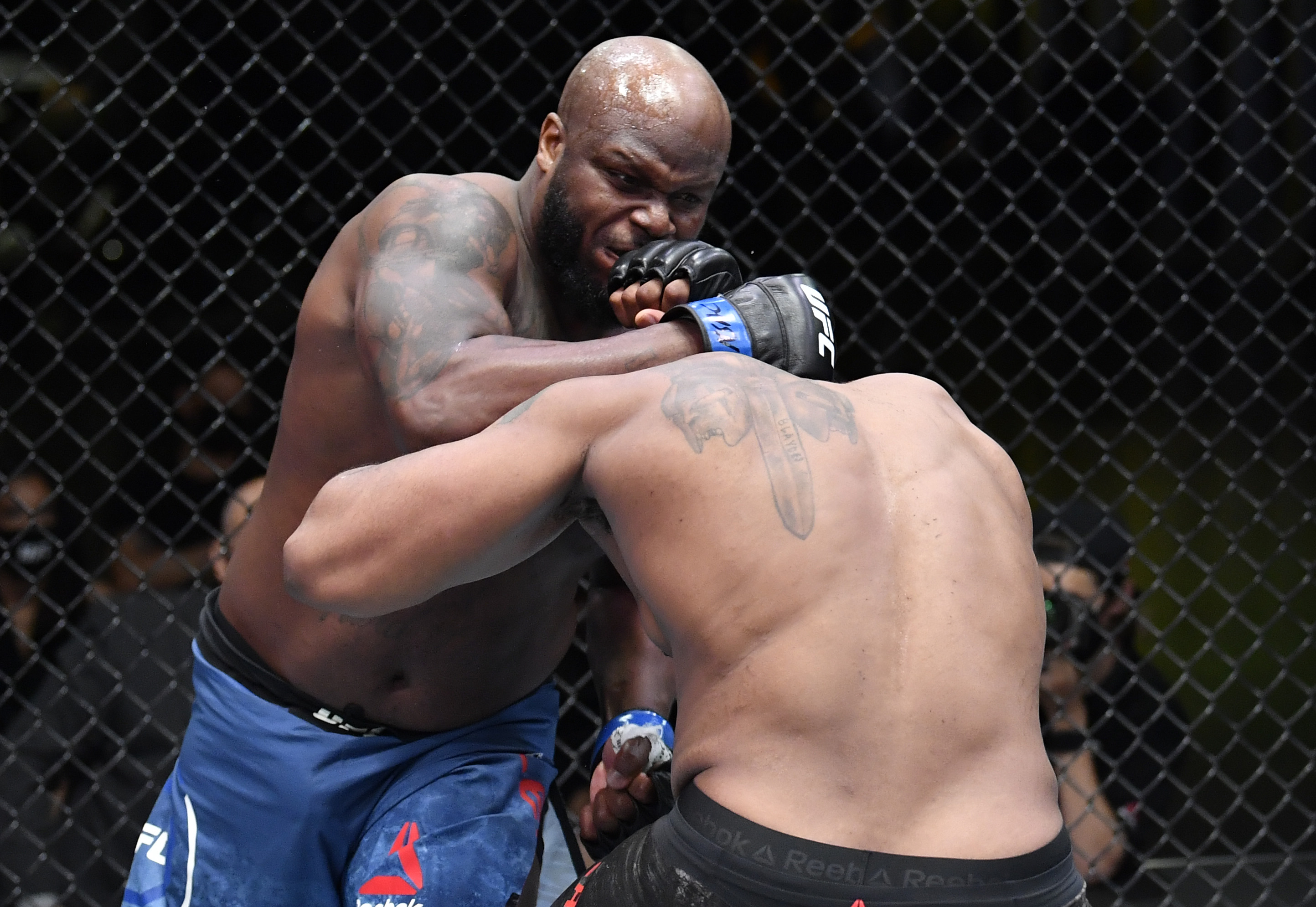 The main event for UFC 265 features a fast-rising prospect and a dangerous knockout artist who will do battle for an interim heavyweight title.

Stepping onto the scene as an unabashed brawler, Derrick Lewis[/utotag] has shown signs of improvements underneath the scary destructions that often take place in his fights. An athletic mover for his size, Lewis can throw accurate knees and head kicks with little signs of struggle.

A downright scary distance closer when he chooses to be, Lewis can force his opponents into the fence whether or not he lands on them, almost in a juggernaut-like fashion. With a frame that is hard to control in close, the 36-year-old slugger does his best work when striking off the breaks, maintaining a dangerous potency in small spaces that goes deep into the fight.

Lewis also has an appetite for the counter, as he’s not beyond setting traps and playing possum in order to draw his opponents into his uncanny power. But given that Lewis will be facing a dynamic fighter who isn’t afraid to work the body and legs, then he’ll probably need to be on his best behavior defensively.

A former soccer player who found a taste for muay Thai, [autotag]Ciryl Gane appears to represent the hopes of many in regards to the potential of heavyweight athletes transitioning into mixed martial arts.

Aside from looking the part aesthetically, Gane – more importantly – demonstrates an ability to both sponge and sequence techniques, as he certainly moves well beyond his years. Showing that he can switch stances with substance, Gane seems competent from both sides as he smoothly shifts tempo on his attacks.

In addition, Gane’s somewhat fast-and-loose style even seemed to hold up in his last couple of outings in the smaller octagon, as the 31-year-old’s distance management and proprioception appear to be impeccable.

Nevertheless, I still suspect that Gane will have to think twice before using the clinch as a resetting point in this fight. 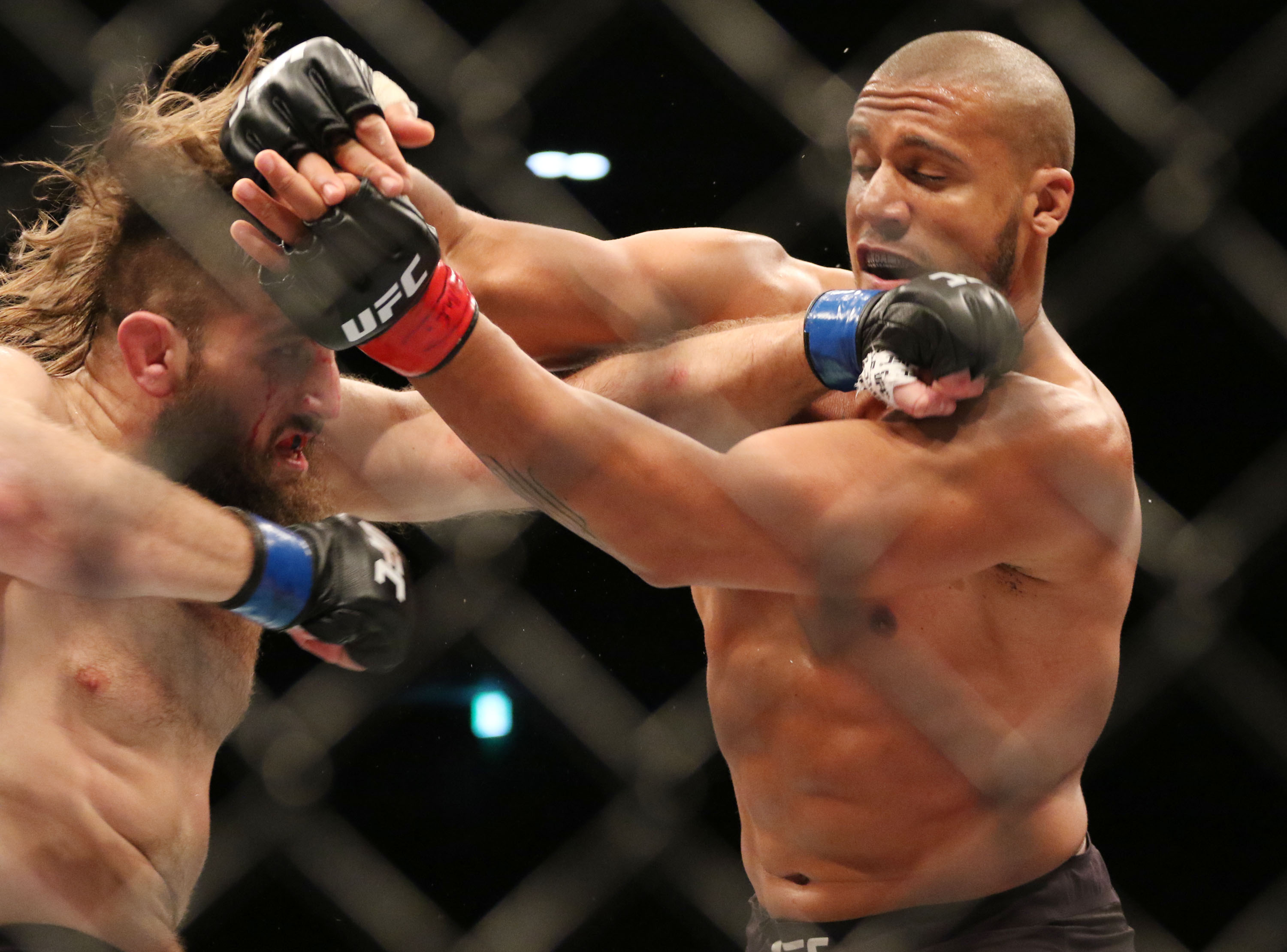 Considering Gane’s propensity to utilize the clinch in a multitude of ways, I will be curious to see how much the undefeated prospect elects to grapple with a hard-hitting threat like Lewis.

Not only can Gane flip the script with things like reactive shots in the open, but the athletic heavyweight also conducts himself well inside of clinches. Utilizing diligent wrist controls, Gane can keep tabs on his opponent’s intentions, all while keeping sneaky elbows in play that he can whip over the tops of shoulders.

Should Gane look to hit foot sweeps or takedowns in these spots, then Lewis will have to be ready to defend everything from leg locks to head-and-arm chokes. That said, the Frenchman may have more obstacles than just uppercuts and knees when it comes to getting Lewis down.

Traditionally doing well against fighters who try grappling him, Lewis wields deceptively effective counter-grappling tactics. Whether he’s hoisting his opponent up with a whizzer or shucking someone off with an underhook, Lewis has been hard to take down along the fence, as single legs or outside trips in open space seem to be what gets him grounded most.

Even when successfully taken down, Lewis still offers a lot of sneaky static in regards to stymying submission attempts and strikes.

Like a sand shark lying in wait, Lewis plays a conservative game when put on his back, keeping his arms in tight for safety while waiting for the right moment to explode (usually timing his opposition when they’re in transition). Once allowed the smallest of space for momentum, Lewis will force his way to his base, turtling to a tripod position to stand.

As someone who is a fan of this style of get-up, I can tell you that it can be a nightmare to encounter when executed properly. For example, Lewis – while keeping his base firmly beneath him – will maintain an angle on his back that resembles a steep ski slope.

Although this tripod position invites back-takes to the naked eye, the downward slope Lewis keeps serves as a trap, making eager back takers ultimately slide forward and lose position (all while allowing the Texas native to stand back up). And if Lewis is able to end up on top via swimming for underhooks and shucking, then we could see a drastic shift in this matchup’s momentum given the hellfire of ground-and-pound “The Black Beast” can provide.

Point of interest: Odds and opinions

The oddsmakers and public are siding with the undefeated fighter, listing Gane -400 and Lewis +300 as of this writing.

Although I don’t disagree with who is favored, I’m always suspect of heavyweight fights with over a 2-1 spread in MMA (especially when one party has extraordinary knockout power). As we’ve seen time and time again, Lewis is not afraid to play possum and tank damage in order to eventually create an opportunity to land his money punch.

If Gane gets too comfortable on his striking entries or clinching exits, then Lewis can absolutely snatch his French foe’s unbeaten streak from him with a single shot. And if the Gane tries too hard to sell out on grappling offense, then he runs the risk of ending up on the bottom inside of a scramble, which is the last place you want to be against Lewis.

Nevertheless, I still find myself leaning toward the favorite (despite really wanting to pick Lewis for the upset).

Perhaps it’s due to the fact that I’m coming off of a main event where I incorrectly picked one fighter to lose until they won, but I ultimately think that Gane’s proven ability to both work the body and legs, as well as stay disciplined for five rounds, will serve him well in this spot. I also suspect that he’ll frustrate Lewis with this southpaw stylings standing, potentially putting together a late finish en route to a clear win on the scorecards.