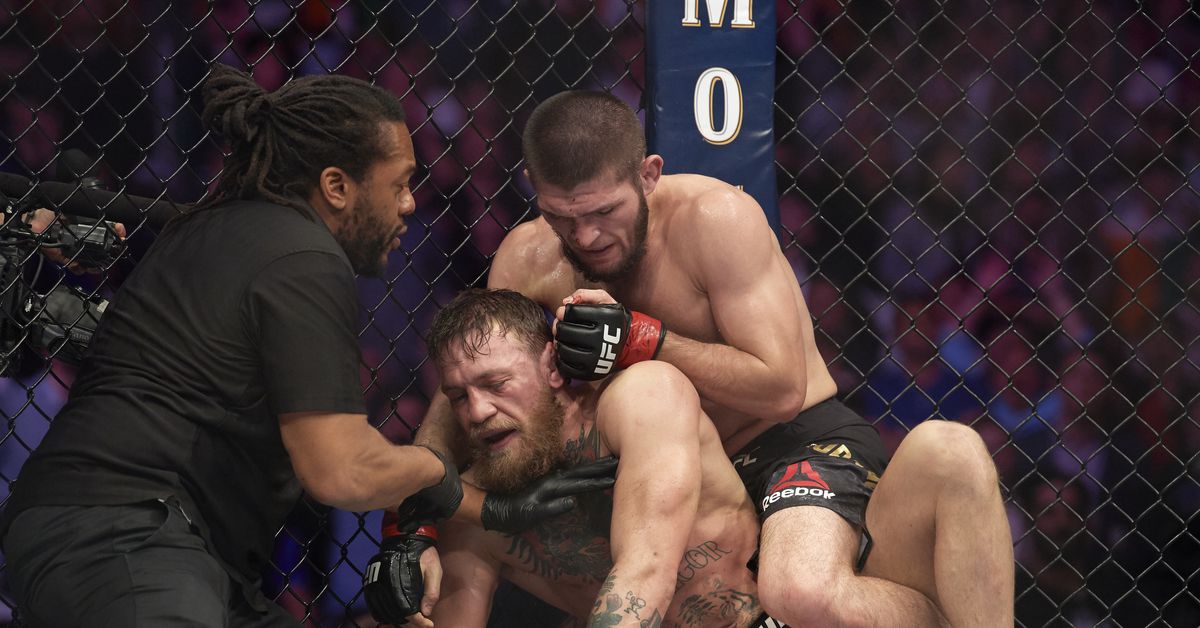 Khabib Nurmagomedov believes a tweet by Conor McGregor attacking his dead father was not from a sober mind — also revealed the author’s true character.

On Mike Tyson’s Hotboxin’ podcast, the former UFC lightweight champion responded in depth for the first time to the messages that drew widespread condemnation for McGregor.

“When he talked about this, only evil can talk about your father, like wife, kids, religion,” Nurmagomedov said. “If you’re a normal human, you’re never going to talk about this stuff.

“For me, I think he posted this tweet [when he had] drunk too much or [had done] something. He always delete these tweets. When he become normal, [he looked at his phone] and said, ‘Oh, what I did.’ Then he delete. This is my opinion, what he does all the time.”

McGregor was widely criticized for a late-night tweet that appeared to mock the death of Nurmagomedov’s father, Abdulmanap Nurmagomedov, who died of COVID-19 this past year. He later deleted the tweet, though he did not apologize or issue any retraction, and the UFC took no public action against the former two-division champ.

Nurmagomedov agreed with Tyson’s opinion that the fight game has no real boundaries for what you can and can’t say. Only a fighter’s own internal compass determine that, and on that front, he indicated McGregor’s was way out of whack.

“When someone is not with us, he is not even alive, this shows you what you have inside, this shows, like, how dirty you are,” Nurmagomedov said. “When you are one of the best in the world, and you come and you punch someone like 70 years old, like an old man [in a pub], this shows your heart. This shows who you are inside, how dirty you are. When you have parents and you have kids, how can you show yourself like this? I don’t understand why his close people don’t tell him, ‘Hey, what’s going on?’”

The lavish lifestyle and worldwide fame McGregor achieved during his rise to fame had led him down a very well-traveled path in the entertainment industry, Nurmagomedov indicated, with success creating a bubble that kept the Irish star from hearing the things he needed to hear.

“When you become rich, when you become famous, some people, they lose real people around them,” Nurmagomedov said. “They lose them. Because real people who love you, they’re going to tell you the truth. But fake people? They always say, ‘You’re good. You’re good. You’re good.’ They never say to you nothing, because they don’t want to upset you, because they know they’ll lose this comfortable spot.

In the heat of the buildup to their blockbuster fight at UFC 229, Nurmagomedov remembers his coaches fretting about his mental state for the fight. But after a lifetime of suffering in training, real competition, and fighting in the octagon, nothing could distract him from the task at hand.

“I remember when I was supposed to fight with him, coach told me, ‘Hey, you have to focus,’” Nurmagomedov said. “And I was like, ‘I am focused.’ He was like, ‘You call home? You call friends?’ No, this is normal for me.

“I said, ‘Coach, please, don’t worry. Everything is good. I am good, I’m relaxed, and when the time comes, I’m going to show you.’”

Indeed, Nurmagomedov showed his coach, the world, and especially McGregor with a fourth-round submission that ended, at least temporarily, their war of words. Frustrated by McGregor’s admission that the pre-fight talk was “just business,” he flew into a rage and touched off an infamous brawl that led to suspensions for he and McGregor along with their teams.

McGregor would later revise history on the result of the fight, claiming his submission wasn’t really a loss, and continue to lob verbal bombs at Nurmagomedov. But like everything else, the 32-year-old fighter didn’t let it get to him.

The same goes for the latest episode of the McGregor show.

“I think one of the biggest reasons why I became champion, I think this was about my mental part, how I can control my emotions,” he said. “I think I can control anything. Anything happens with me in the world, I can control this. I can handle this.”

Check out the full podcast below.