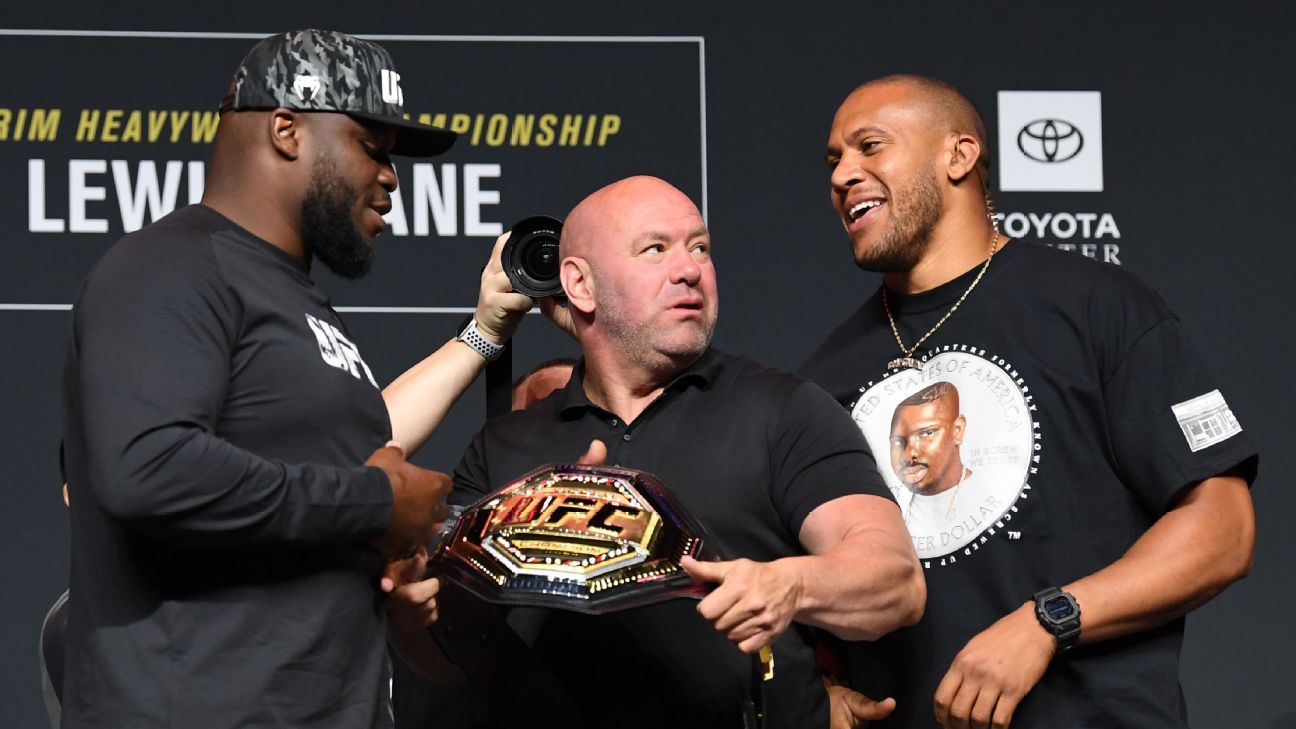 HOUSTON – Everything is bigger in Texas – including this weekend’s super-sized UFC main event.

Derrick Lewis and Ciryl Gane both weighed in successfully Friday morning for their UFC interim heavyweight title bout. Lewis weighed 264.5 pounds and Gane came in at 247. The two men will meet Saturday night in the main event of UFC 265. The winner will be queued up to fight UFC heavyweight champion Francis Ngannou.

Lewis weighed 263 pounds on weigh-in day for his February bout with Curtis Blaydes, a knockout victory. He has weighed as heavy as 265.5 pounds, just inside the 266-pound heavyweight non-title limit, in the UFC. Gane weighed 245 pounds for his unanimous decision win over Alexander Volkov in June. He has been as heavy as 249 pounds in the UFC.

ESPN has Lewis ranked No. 3 in the world at heavyweight with Gane right behind him at No. 4.

Lewis (25-7, 1 NC) has won four straight. The Houston resident is the all-time UFC heavyweight leader in knockouts (12), a mark that has him tied with Vitor Belfort and Matt Brown for the most ever in UFC history in any weight division. Lewis, 36, fell in his other title chance, a second-round submission defeat against Daniel Cormier for the undisputed title at UFC 230 in November 2018.

Gane (9-0) is one of the top up-and-coming fighters in the UFC. He is trying to become the first French-born fighter to win UFC gold. Gane, 31, has only been training in MMA for three years and has amassed a sterling 6-0 record in the UFC. “Bon Gamin” is a -330 favorite against Lewis.

Both co-main event fighters also made weight. Jose Aldo, the former longtime UFC featherweight champion, weighed in at 136 pounds and Pedro Munhoz hit the scale at 135. ESPN has Aldo ranked No. 5 and Munhoz ranked No. 8 in the world at bantamweight.