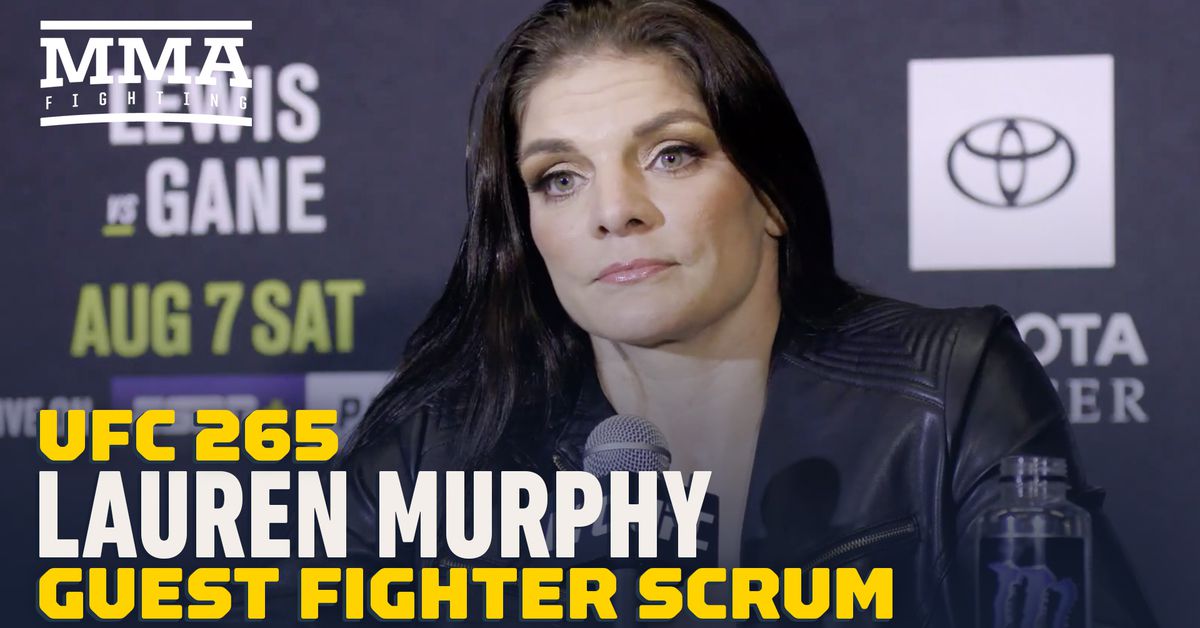 UFC bantamweight title challenger Lauren Murphy started in MMA to find out if she was capable of doing something as physically and mentally challenging as fighting another person in a cage.

She answered that question and then some, and now that she’s on the cusp of a shot at the dominant UFC flyweight champion Valentina Shevchenko, she believes her evolution will be demonstrated when they meet at UFC 266, which takes place Sept. 16 at T-Mobile Arena in Las Vegas.

“That goal post has been moved so much throughout my entire career, and so that’s always the question I’m always asking myself is, ‘What am I capable of?’ Over the last 10, 12 years, I’ve surprised myself and the people around me, and it’s been an incredible journey,” Murphy told reporters backstage at UFC 265, where she served as a guest fighter. “I don’t think it’s going to end Sept. 15, either. I really believe I’m capable of amazing things.”

A move to Houston and Main Street Boxing, where head coach Bob Perez has shaped talents such as Derrick Lewis, has Murphy feeling like she’s got the right team behind her for Shevchenko.

“I think we have a good idea of what to expect, and I’m just kind of getting my eyes used to what we’re going to see,” she said.

Watch the video above to see Murphy’s full interview.