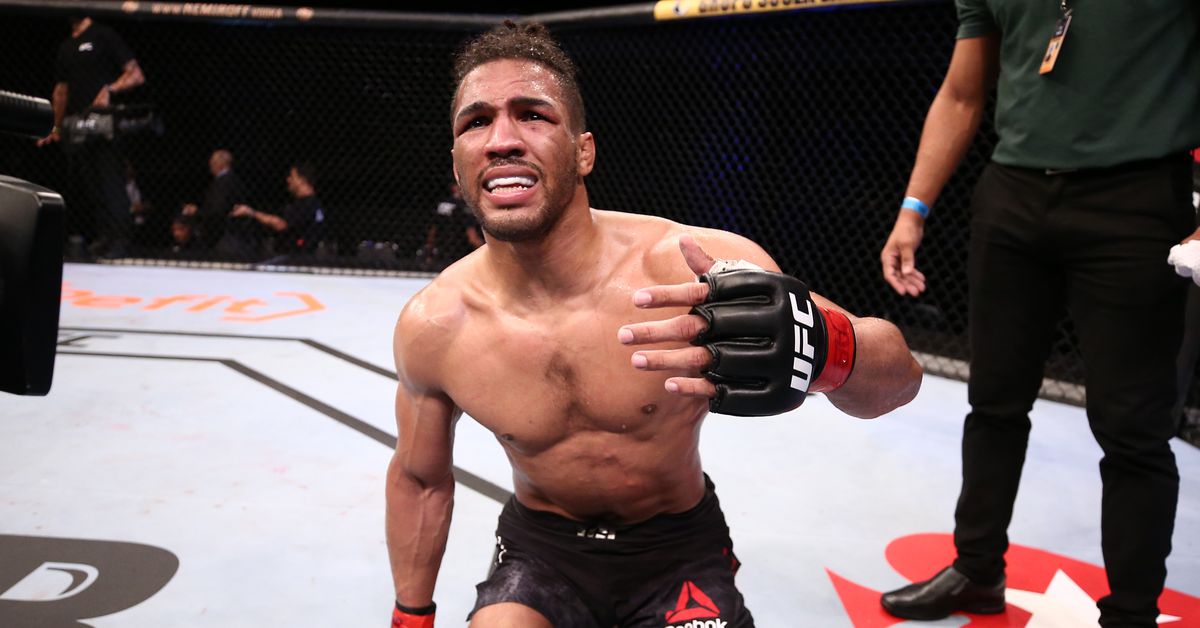 Kevin Lee has been stuck on the sidelines since March 2020, the result of catastrophic ACL injuries on both knees. However, his return to competition this Summer has been planned for some time, as Lee was initially planning to return vs. undefeated prospect Sean Brady at UFC 264.

Unfortunately, a relatively minor injury to Lee pushed the bout to UFC Vegas 35, scheduled from August 28, 2021. The struggles continue, however, as now Brady has been forced to withdraw from the match up entirely, leaving Lee in search of a new dance partner on short-notice.

“It looks like this fight is cursed,” Lee wrote on Instagram. “Sean Brady has to have surgery and can’t fight me August 28th. I’m still going to fight in the Comain event my team is looking for a new opponent, I’m ready to fight anybody with the balls to step up.”

Lee quickly returned to Instagram to target a scrap with Mike Perry, the bout “people really wanted to see in the first place” according to Lee. In addition, Lee sent out feelers towards both Neil Magny and Belal Muhammad. Finally, Kevin Holland replied to Lee’s initial post, offering to meet him at 175 lbs.

Whether it’s one of the names mentioned or someone else entirely, who would you like to see “The MoTown Phenom” face in just under three weeks?

The judge who scored round three for Rafael Fiziev over Bobby Green came out with a fairly written, in-depth explanation of his card, which is awesome! Green still clearly won the round though.

There’s nothing cooler than seeing a fighter practice a move then actually land it in the fight — Jorge Masvidal’s knee vs. Ben Askren comes to mind.

Anyone else notice Manel Kape practicing the switch stance flying knee during his warm up then perfectly executing it during the fight minutes later? pic.twitter.com/A5VtlQ9HXa

To the surprise of no one, Ciryl Gane is fluid on the court.

Click through for an entire thread of excellent Luque finishes, but I picked my favorite, which features a hell of a left hook.

The pair of rips to the body that caused the first knockdown in round five … beautiful!

If you woke up this AM with a pair of functioning knees, be grateful, cause things can change QUICK!

Midnight Music: I genuinely have no idea anymore if the song I choose for the night is a repeat anymore. Hopefully not …