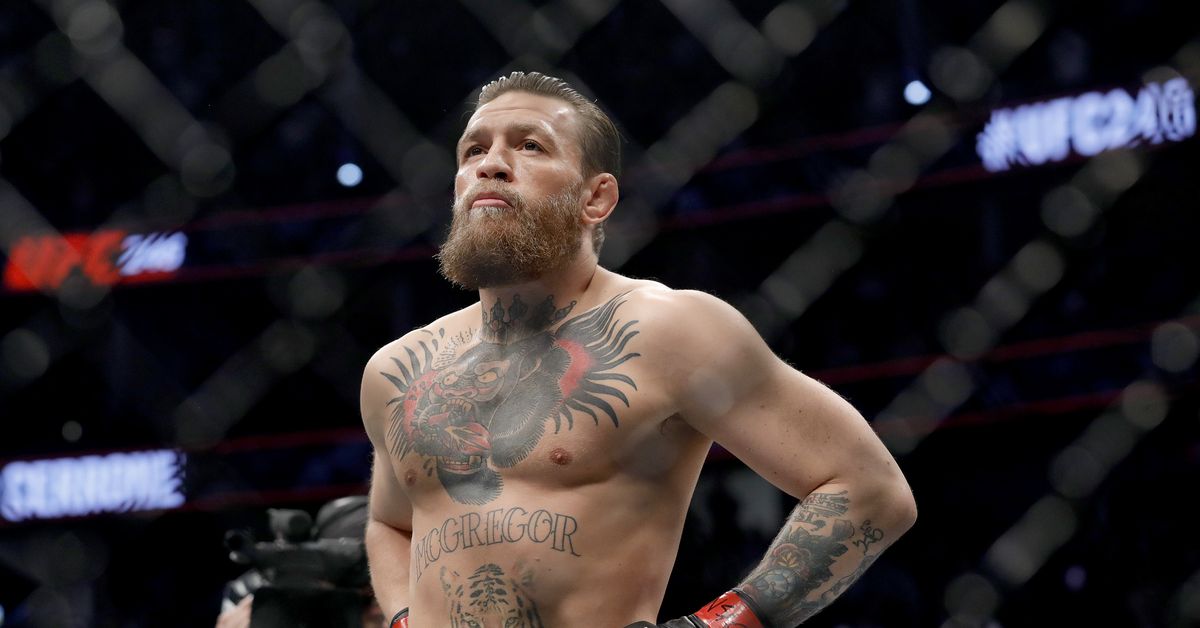 Daniel Cormier vs. Conor McGregor is likely not the feud many expected heading into 2021. After all, “DC” is long retired, the two are separated by dozens of pounds, and Cormier is generally pretty amiable with the active talent. However, Cormier — like many others — was critical of McGregor’s post-fight behavior and Twitter antics, which appears to have struck a nerve.

In particular, Cormier described the Irish athlete’s attack on the deceased Abdulmanap Nurmagomedov as a “cry for help.” Since that quote, McGregor has responded on a couple occasions during his tweet-and-delete sprees, recently calling Cormier a “fat drunk f—k” over a disputed low kick check.

Now, Cormier is answering back. “DC” isn’t interested in continuing the feud, but instead offers advice to McGregor: worry about the opponents in the cage.

“I’m not the guy you’ve got to worry about fighting,” Cormier continued. “I’m done. I’m retired. I’m living my best life. You need to worry about trying to beat the guys that you fight against. Get off the internet. I don’t hate this dude, but McGregor, fall back.”

Furthermore, Cormier reiterated that its his role as an analyst to critique McGregor’s performances and actions. In addition, he stands by what he said about Dustin Poirier checking McGregor’s low kicks, noting that the only effective kicks were landed in the opening minute.

“The reality is, McGregor is a high-level fighter, but when I said it was a cry for help, I did it with no ill intent,” he said. “This was just me saying, find some people that are willing to step up and say, ‘Hey man, let’s get everything right.’ But the reality is, I don’t need to be friends with Conor McGregor. So I really don’t care what he says about me personally. I’m going to continue to do my job. And where he deserves praise, he’ll get praise. Where he deserves to be critiqued, he will get critiqued.

“But all those kicks were landed in about in a minute. For the last four minutes of that round, it was Dustin Poirier beating up Conor McGregor. Let’s not forget what happened in the fight. So let’s not get too distracted with all the other stuff.”

One check can change the fight:

Phil Baroni is trying to get himself kicked in the head.

Some further details on the absurd boxing match between Anderson Silva and Tito Ortiz!

Sources: Andreson Silva-Tito Ortiz will be a sanctioned boxing match – not an exhibiton – with eight, two-minute round. Big John McCarthy will be the third man in the ring.

David Haye-Joe Fournier will be eight, three-minute rounds and will also not be an exhibiton

Dan Hooker is down to fight Nasrat Haqparast, or most any other Lightweight provided the match up is for UFC 266.

Camaraderie between Rafael Fiziev and Bobby Green, a relationship surely bolstered by that extra $50k “Fight of the Night” bonus!

I’d very much like to see the return of Luke Rockhold’s left kick against Sean Strickland, who is certainly there to be kicked.

Controversy from the 1950s! I couldn’t tell you one way or another if this is a fix, old timey boxing always looks a touch odd by modern standards.

Back in 1954, former featherweight champion Willie Pep was widely believed to have taken a dive against Lulu Perez at Madison Square Garden when he was TKO’d in 2 rounds.

What do you think? Fix or no? pic.twitter.com/tK6IrLUMOu

Is Hawaiian shirt man the Heavyweight prospect that UFC has been waiting for? Step aside, Ciryl Gane.

Khamzat Chimaev casually beating up some dude on the regional scene:

Midnight Music: For my money, Maggot Brain is the best funk album ever. At the very least, its side one is untouchable.