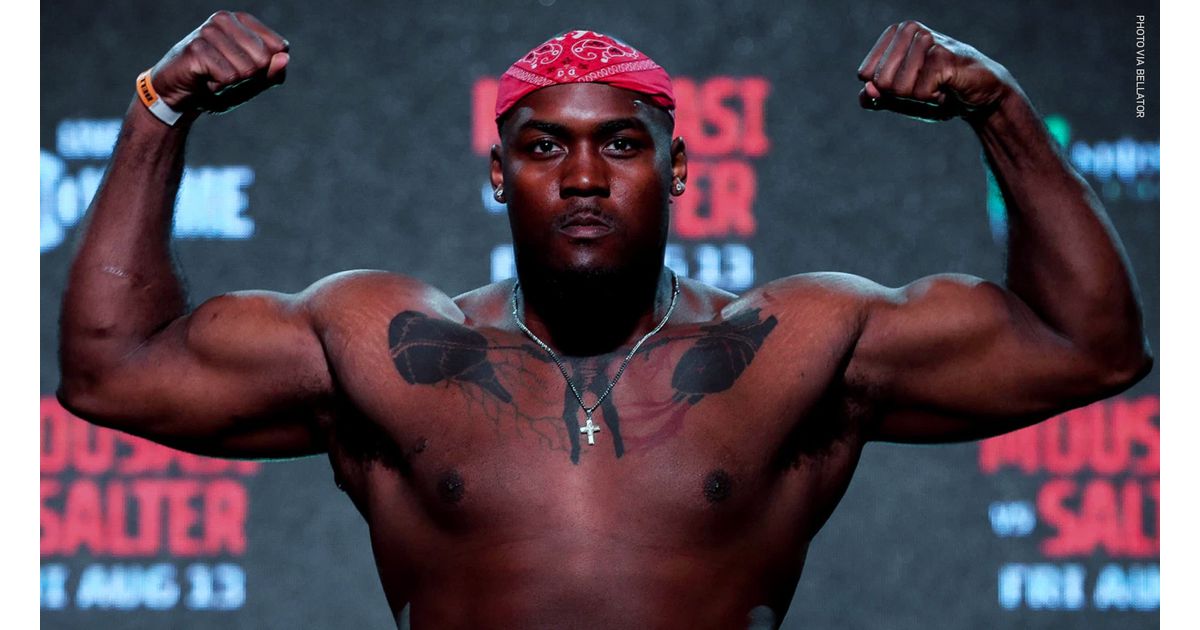 If you told Davion Franklin in 2015 he would be a professional mixed martial artist, he wouldn’t have believed you.

Franklin (3-0) will make his fourth professional appearance, all of which have been inside the Bellator cage, this Friday night when he takes on the 15-0 Everett Cummings at Bellator 264. The fight will take place on the main card headlined by a middleweight title bout between Gegard Mousasi and John Salter on Showtime and emanates from Mohegan Sun Arena in Uncasville, Conn.

Ahead of the matchup, Franklin joined MMA Fighting’s Mike Heck to preview the fight and discuss being recruited by the WWE as a freshman in college, training with Booker T, his WWE tryout not going well at all, finding MMA and JacksonWink, experiencing homelessness early in his MMA journey, not being impressed with Cummings or his record, how far he is from a title shot, and more.