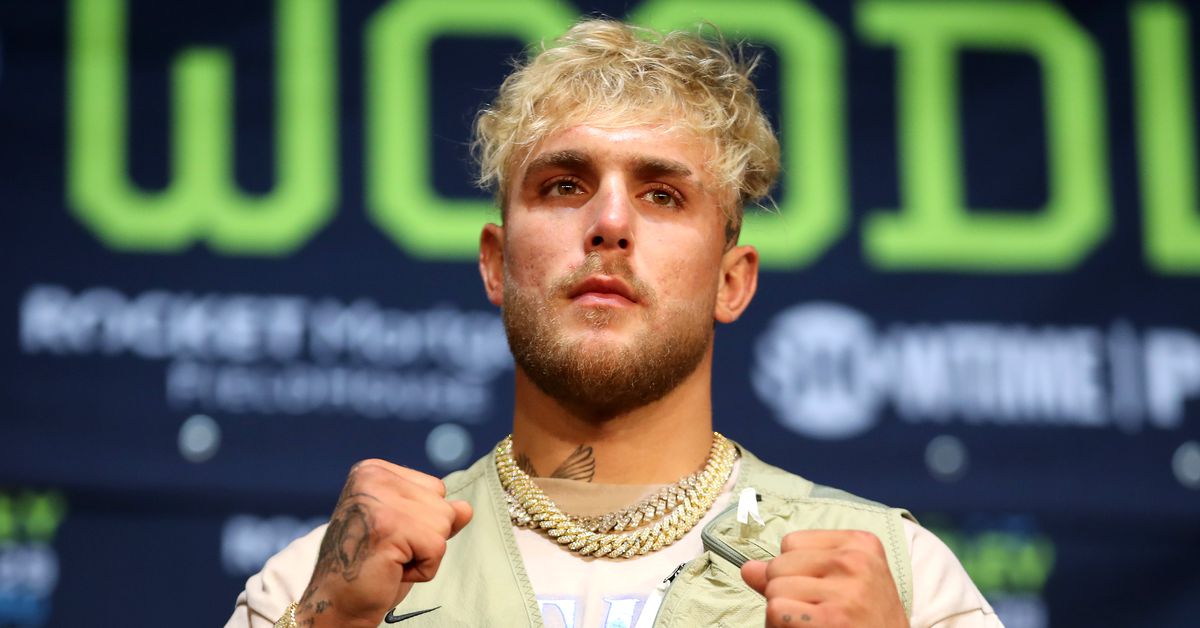 Jake Paul is under the assumption that former UFC welterweight champion Tyron Woodley is underestimating him for their upcoming boxing match later this month. If that is true, Paul believes it will be Woodley’s ‘biggest mistake.”

Whether or not you believe Paul is making a worthy transition into the world of boxing it’s hard to dispute his ability to sell a fight. The social media influencer has helped generate some serious attention for the sport of boxing over the past year or so and is hoping to turn even more heads when he meets Woodley inside the squared circle for his biggest fight yet.

While Woodley is a proven champion in the sport of MMA and has knocked off some of the best fighters in the world, Paul believes he’s the better boxer at this point in time. If Woodley isn’t taking Paul seriously it could greatly benefit the YouTube sensation.

“I think he’s just going through the motions,” Paul told MMA Junkie. “I don’t know if he has really digested how good of a fighter I am. I still think there’s like this mental block for him where he’s just like, ‘Oh, this kid’s a YouTuber. How hard could this fight be?’”

“He says he’s training hard, and he says he’s doing all the right things, but I still think in the back of his head he’s like, ‘I’ve fought Kamaru Usman, I fought Gilbert Burns. This is gonna be an easy fight,” added Paul.

Woodley, who parted ways with UFC this past April following his fourth-straight loss inside of the Octagon, has been training alongside the legendary Floyd Mayweather Jr. to prepare for his transition to boxing. While Woodley should only benefit from his time with Mayweather Paul believes “Money” could be gassing the former UFC champion up to overlook him.

“I’ve seen the little clips of him and Floyd training,” Paul said. “Floyd’s telling him the same thing, you know, like, ‘Just go out there and fight, he’s not a real fighter. He’s never been in there with a real fighter.’

“Them underestimating me will be the biggest mistake and he will be exposed for that.”

While Woodley has displayed some serious knockout power throughout his MMA career he’s never been the most technical striker. It will be interesting to see how he moves inside of the boxing ring and if Paul can make him regret his decision to fight in the early going.

Chris Weidman Set For Combat Sports Return After Leg Injury
Jose Aldo to be inducted in the UFC Hall of Fame
Ismael Bonfim happy to fight on same UFC shows as brother if the wins keep coming
How Long Can Jamahal Hill Stay Champ After UFC 283 Vacant Title Win?
Alex Pereira issues challenge to fellow UFC champ Jamahal Hill: ‘What about knocking me out?’