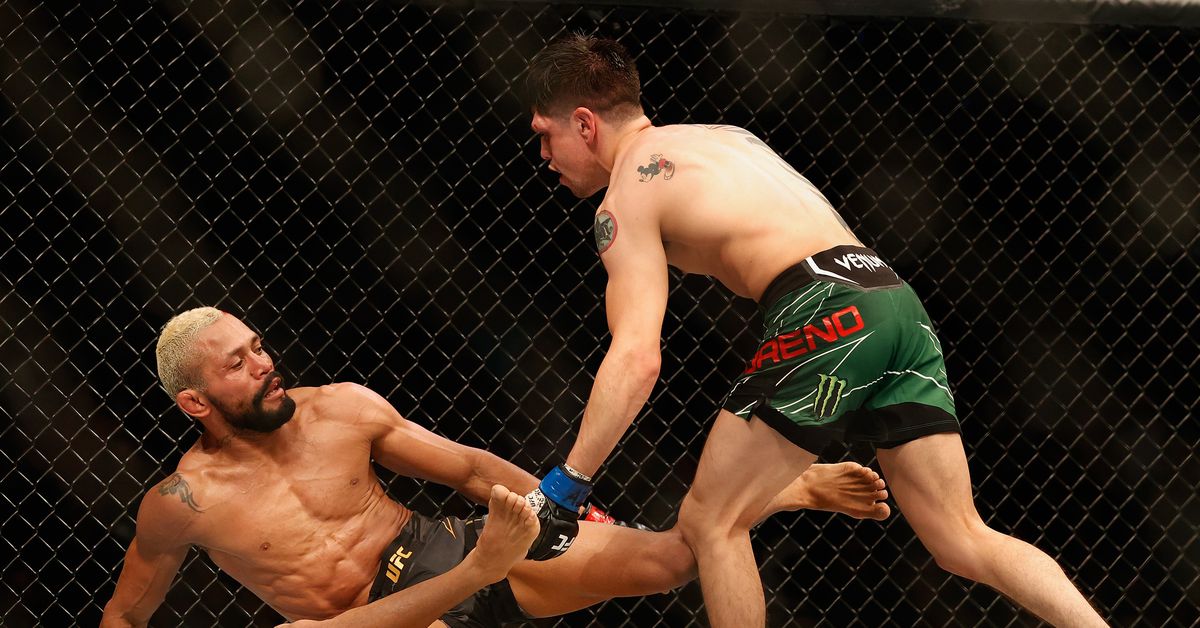 Wait … I thought Brandon Moreno was supposed to be the crybaby?!?

Former Ultimate Fighting Championship (UFC) flyweight champion Deiveson Figueiredo is still salty about his third-round submission loss to “The Assassin Baby” at UFC 263 back in June and won’t rest until the promotion books an immediate trilogy.

Figueiredo and Moreno first fought to a draw at UFC 256 last December.

“Brandon Moreno is a pussy because I was sick when I fought and beat him, and I gave him the rematch right away,” Figueiredo told MMA Fighting. “I won that fight. They took a point away from me, he pretended to be hurt, he faked an eye poke so they would take points from me, but I still won. And now he doesn’t want to give me a rematch? He’s a pussy.”

Figueiredo, 33, blamed his UFC 256 performance on a mysterious stomach infection and vowed to establish his dominance in their UFC 263 rematch. When that plan fell apart, thanks to Moreno’s rear-naked choke, “Daico” dug up yet another excuse.

“I deserve this trilogy because of all the great fights I’ve done,” Figueiredo continued. “I go in there to put on a show in all of my fights. I haven’t fought well this time, unfortunately. It wasn’t Deiveson Figueiredo fighting there. I want the opportunity now. I’ll show my true self in there, a knockout artist. I won’t be so passive in there. We’ll brawl from start to finish.”

Working in the Brazilian’s favor is the fact that No. 2-ranked Askar Askarov is injured.

“Right now the division is so weird – maybe,” Moreno previously told MMA Junkie about a Figueiredo rematch. “Maybe the trilogy. To be real, real honest with you, to think about the trilogy is boring for me because we fought twice in the past. But at the end of the day, I’m a fighter – we can do that. Or we can wait and see what happens in the other fights.”