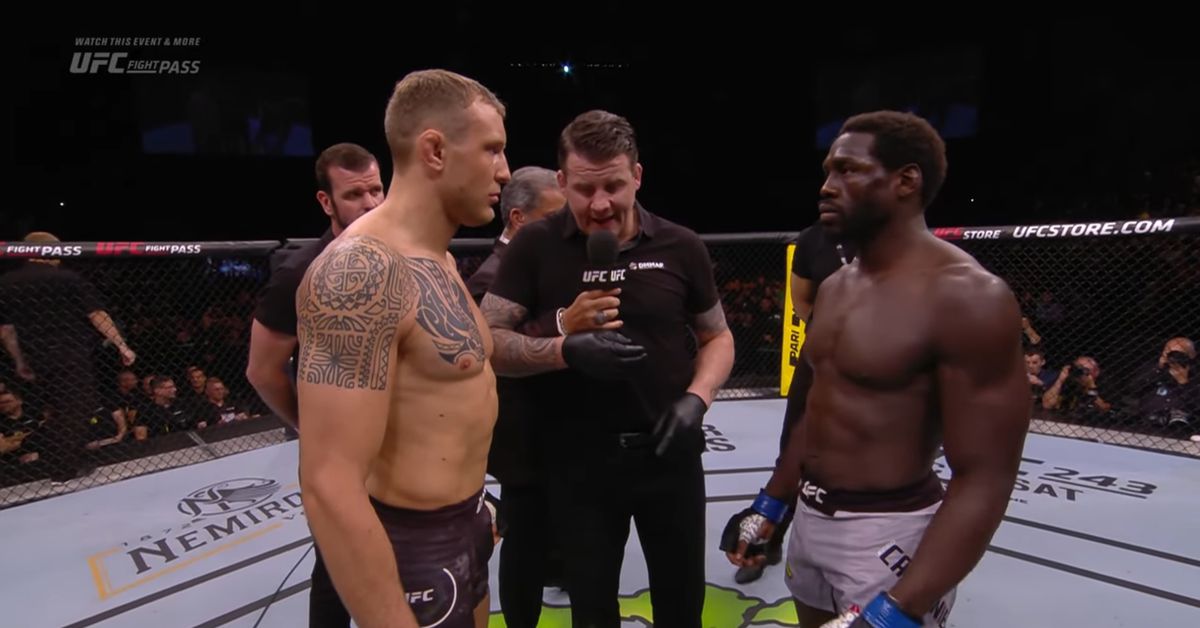 Cannonier entered his fight with Hermansson after back-to-back wins over Anderson Silva and David Branch, making him 2-0 since dropping down to 185 pounds after beginning his UFC career as a heavyweight. On the other side, Hermansson was on his own impressive streak, having knocked off four straight opponents including Ronaldo “Jacare” Souza. Hermansson also entered the bout with the crowd behind him as he was competing in Denmark, just a short flight from his home in Norway.

“The Killa Gorilla” played the spoiler on this night. He withstood Hermansson’s expert grappling in Round 1, then cracked “The Joker” with a stiff uppercut at the start of Round 2 that quickly led to a ground-and-pound finish.

Cannonier, currently No. 7 in MMA Fighting’s Global Rankings, has had a few bumps in the road on his path to a title shot, but looks to stay in the mix when he fights Kelvin Gastelum next in the middleweight headliner of UFC Vegas 34 on Saturday.