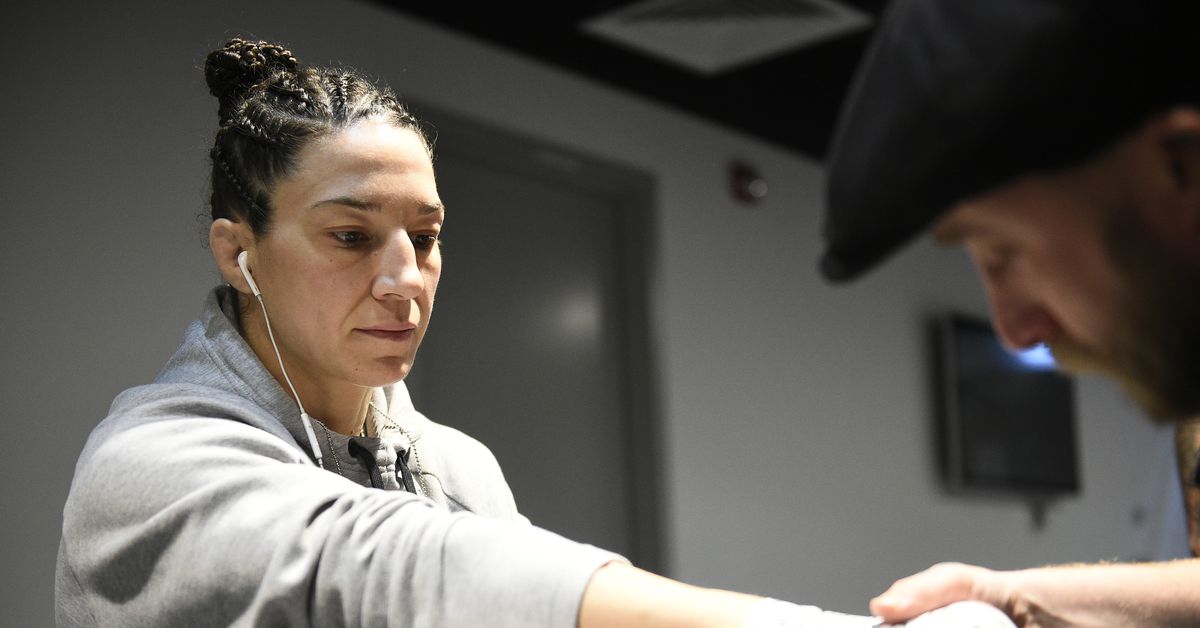 One-time UFC title challenger Sara McMann on Tuesday announced her withdrawal from UFC Vegas 35 due to injury, leaving her scheduled opponent Ketlen Vieira without an opponent.

McMann declined to name her injury, but wrote on Instagram that it was a “reinjury” from the past.

“I’m hoping like hell it’s a quick healing process, but I’ll have to wait until I get the final prognosis to know,” she wrote. “The worst part is that I was so healthy and having a really great camp I know I’ll keep the gains I’ve made but I was really hoping to get the reward for all of the work I’ve put in the last few months.”

McMann hoped Vieira would agree to postpone the bout, which was scheduled for Aug. 28 at UFC APEX in Las Vegas.

“I’ll be back to the [UFC as quickly as possible,” she wrote. “Thanks to all of my selfless partners and coaches through this camp. You helped me make majors gains and I appreciate you all.”

It’s unknown whether the UFC plans to rebook the bout or find a new opponent for Vieira, who hopes to rebound after a 1-2 run in her previous three outings. Most recently, she was outpointed by Yana Kunitskaya.

McMann is also on the comeback trail after a 1-3 run that culminated with a submission loss to current No. 1 contender Julianna Pena at UFC 257.

UFC Vegas 35 is headlined by a featherweight fight between Edson Barboza and Giga Chikadze.