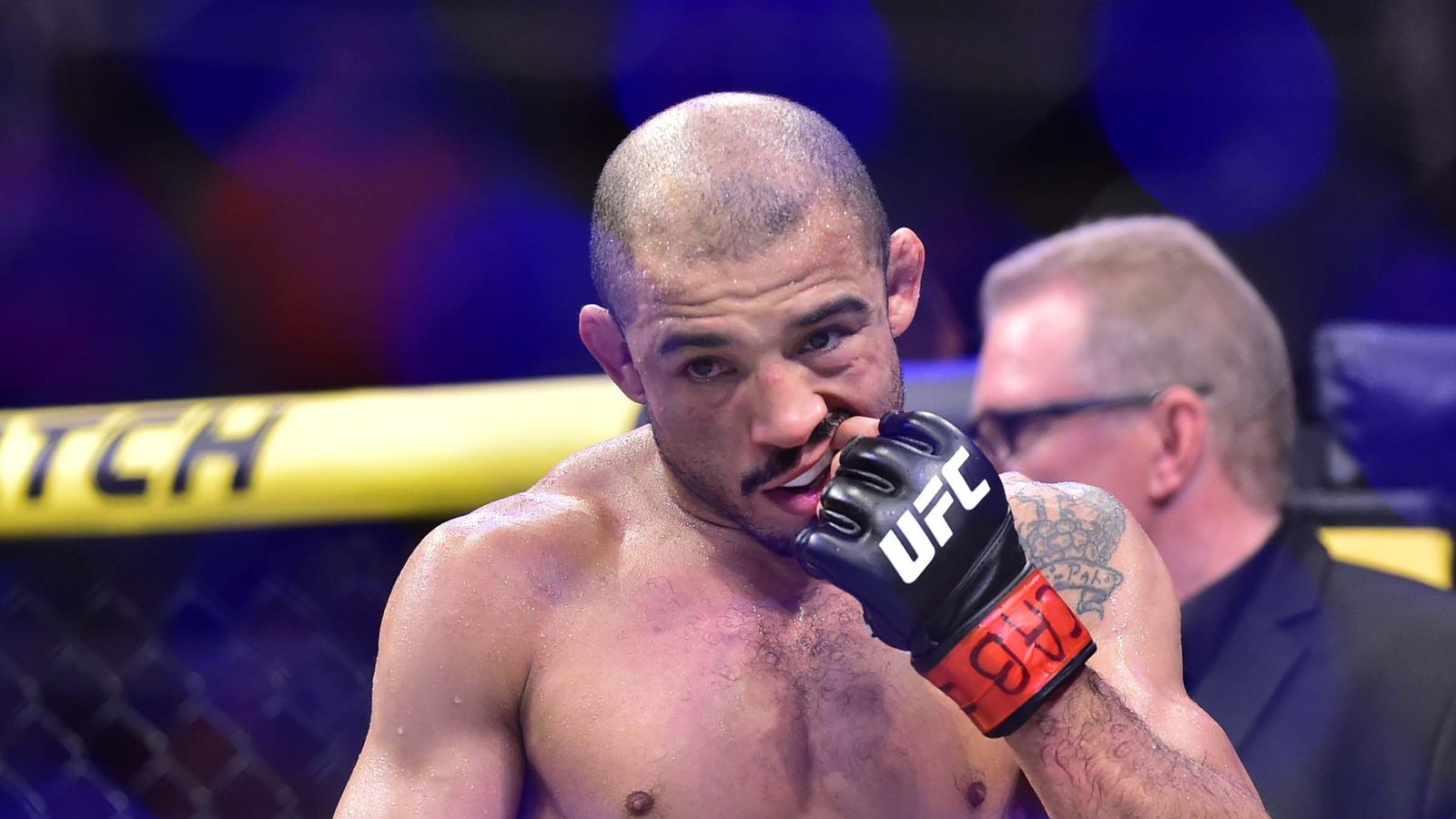 “How is he showing it?” Nurmagomedov asked RT Sport (transcribed by Farah Hannoun). “He got beat up when he fought … Petr (Yan), right? A guy wins one fight and everyone starts talking. When Conor (McGregor) fought (Donald) ‘Cowboy’ (Cerrone), he looked like a lion. When he fights stronger opponents, he looks like a scared chicken. Fighting top fighters shows your worth.”

Former UFC fighter Kenny Florian — who went five rounds with Aldo at UFC 136 way back in late 2011 — believes the bantamweight version of Aldo is the best “Junior” we’ve ever seen. “Junior” credits the Brazilian Navy for sharpening his tools.

“A fight against ‘Cowboy’ won’t show what level you’re at, just like Aldo’s fight against Pedro Munhoz,” Nurmagomedov continued. “Let him fight Petr the same way. Then we can say he’s peaking again. You saw what he did. He closed up and waited for the ref to stop the fight. That shows that you’re not at your peak. If you’re getting hit and you’re conscious and you’re not defending yourself, I call those fighters businessmen. They come out to make money.”

Aldo (30-7) was able to crack the bantamweight Top 5 after his most recent performance and has already set his sights on top contender TJ Dillashaw. Whether or not “Junior” can secure that fight may depend on what happens in the rematch between Aljamain Sterling and Petr Yan, who run it back at UFC 267 in Abu Dhabi.

“There are real champions that go hard on everyone,” Nurmagomedov said. “They don’t care (about) the money. Of course it’s an important aspect, but he has the competitive spirit. So there’s no way Aldo is having a second peak. You can try to prove it all you want, but I’ve been through this. I know better than you. You’re a journalist, and I’m a fighter.”

Khabib retired from UFC back in late 2020.