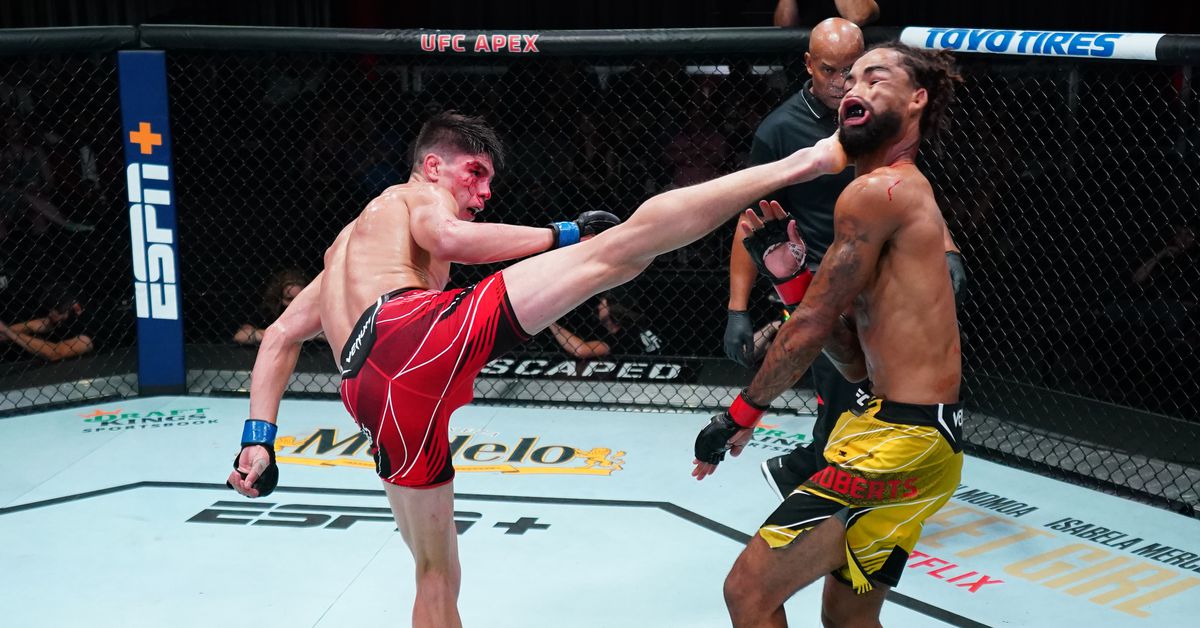 With the preliminary card of UFC Vegas 34 heavy on finishes, all but one of the performance bonuses went to the competitors that battled it out before the main card.

Ignacio Bahamondes was a no-brainer for a $50,000 “Performance of the Night” bonus with his wheel kick knockout of Roosevelt Roberts in the final seconds of their meeting.

The final bonus went to main card performer Alexandre Pantoja, who submitted Brandon Royval with a second-round rear-naked choke in one of the most spirited fights of the night. Afterward, Pantoja called for a third fight with flyweight champ Brandon Moreno, against whom he owns two wins.

There was no “Fight of the Night” bonus awarded by the UFC.