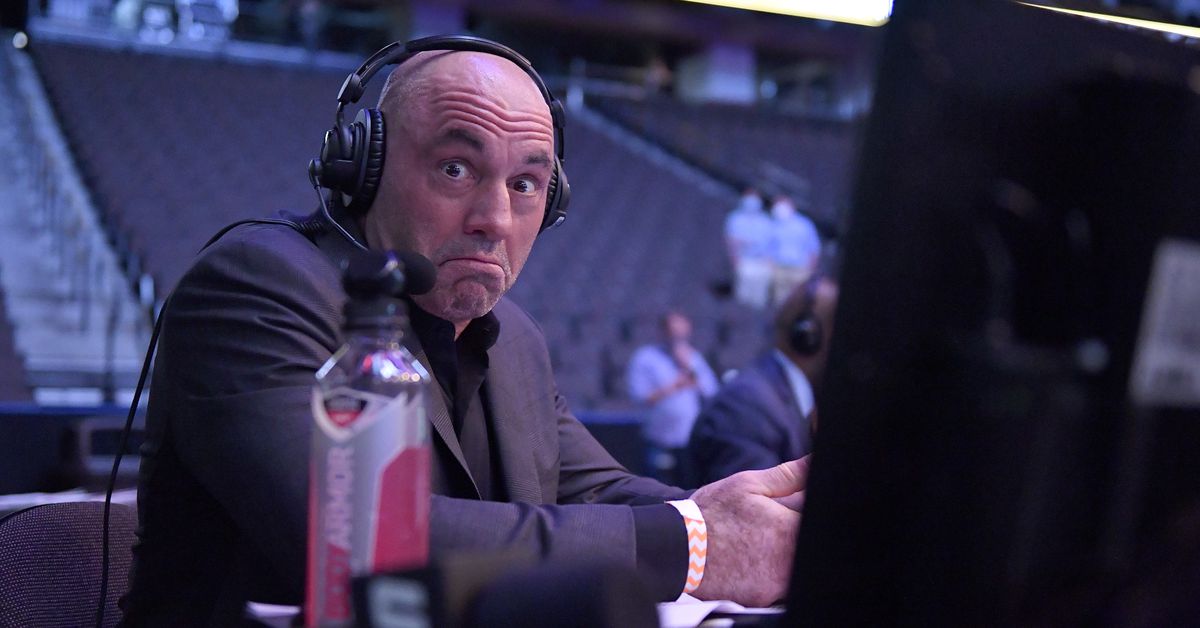 The debate for Greatest Of All Time (GOAT) will spark fiery debates in every line of work, hobby, and especially sport long after anyone reading this is buried and gone. In combat sports especially, the potential discussion when matching up GOAT candidates is never-ending. Any time a longtime champion has a strong performance, it’s time to start preparing for the arguments.

It’s like the current pound-for-pound debate but with added historical biases!

UFC color commentator Joe Rogan has offered his thoughts on the subject before, but times change. Given how his career ended last year, it would seem that Rogan has (for the moment) settled on Khabib Nurmagomedov as the current GOAT.

“Khabib Nurmagomedov is a very, very good candidate,” Rogan said recently. “Because in my opinion Khabib is probably the best candidate, because Khabib not only did he not lose a fight, he barely lost a round. He lost maybe one round to Conor, and it seemed like he was just taking the round off, like to kind of you know preserve his energy, so he could finish Conor afterwards, and he did. He wound up finishing him.”

As for why Rogan currently feels that way, he points to Nurmagomedov’s dominance in fights, pointing out that the Dagestani combatant seldom lost a round and was never truly hurt inside the Octagon.

“Khabib has never been in trouble in a fight. Michael Johnson tagged him once, and Michael Johnson is a guy that doesn’t get nearly enough respect. Yeah, he’s had some rough losses, but Michael Johnson knocked out Dustin Poirier with one punch. Michael Johnson was a dangerous dangerous man, and he still is. And he tagged Khabib, it probably had Khabib in the most trouble ever in a fight, he had him wobbled. But, Khabib ultimately won that fight and destroyed him. I mean he was pounding on him, he was telling him quit now quit now, you know I deserve the title shot, beating it out of him, and then put him in a kimura and tapped him. It’s arguable Khabib is the greatest of all time.’’

It’s definitely a change of positions for Rogan, who was once extremely critical of Khabib’s kickboxing abilities. Oh, and Jon Jones is probably pissed off somewhere.

I don’t know who made this epic video edit featuring Hasbulla, Conor McGregor, and Joe Rogan, but I love it.

Aljamain Sterling vs. Merab Dvalishvili sparring sessions are surely a sight to behold.

Kelvin Gastelum is still optimistic after his setback vs. Jared Cannonier.

Congratulations to Jared Cannonier on a very competitive fight!
Small adjustments and we’re back on top!
Tonight just proved that! We’re very close to being the best in the world.
Almost there & On to the next one!

“Fought out their deals” can be misleading. I know fighters on win streaks who UFC will wait to resign as part of the negotiation process. Still … the UFC situation is not looking great for Demian Maia or Jimmie Rivera.

It was brought to my attention that both Demian Maia and Jimmie Rivera have been removed from the UFC’s online roster.

Spoke to a UFC official who confirmed that “both have fought out their deals” at this time and are not currently under contract.

Volkan Oezdemir vs. Magomed Ankalaev will now happen on that card. The fight was originally booked for September 4th. pic.twitter.com/WMOQfOur65

Honestly, if you prioritize viewers, this promoter made the correct call.

Zholdosh did a great job of hooking the leg and securing an angle to finish the choke.

The Internet is having fun with milk crates, and predictably, it isn’t going great.

Midnight Music: Famed black metal/shoegaze genre-benders Deafheaven returned last week with an album titled Infinite Granite, which largely walks away from the metal aspects of their prior work. I get some Smiths vibes, and overall, I dig it!

Iron Sharpens Iron (And Wood Cuts Wood)
Jan Blachowicz is grateful for the title shot 🙏
Pound-For-Pound No.1 is on the line in Perth! 😤
Ranking the UFC 284 fights: There’s no debating which fight is No. 1
UFC Vegas 68 Performance Bonus Winners