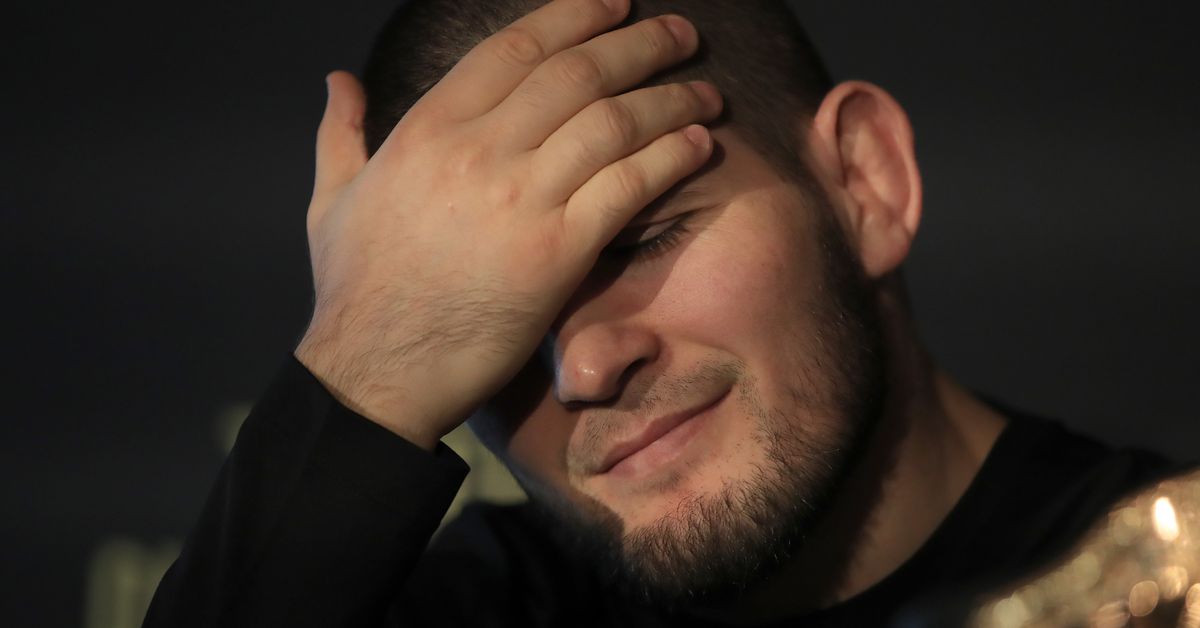 Khabib Nurmagomedov has moved into the next stage of his fight life. He’s accepted the role of masterful head coach with grace, coaching several of his Dagestani and American Kickboxing Academy (AKA) peers to success in recent months. In addition, Nurmagomedov has launched his own fight promotion, Eagle FC, which airs on UFC Fight Pass.

As the “Eagle” in charge, Nurmagomedov can do as he’d like with his promotion, which has hosted several events already. Notably, there have been no ring girls at the shows, a decision Nurmagomedov elaborated on in a recent press conference.

“Look, I don’t want to offend anyone, ring girls are the most useless people in martial arts. What is their purpose? I have a question. You can show that it is the second round on the screen,” Khabib said (via Middle Easy). “I realize that is a history. History knows many mistakes. We read history to avoid mistakes of the past in the future. If we look in the history, it says they are useless. That is my personal opinion…”

While repeatedly reiterating that this was solely his opinion and applied to his own promotion, Nurmagomedov explained that the presence of ring girls made him uncomfortable. He also acknowledged that differences in culture.

“For example, I sit with my father. Every person has his own preferences, the culture and values. I come to Fight Night, sit with my father. These people are passing by and showing that it is the second round. But no one looks at the plate,” Khabib added. “I feel uncomfortable with my father. I am not against it. If you want you can do it, but don’t impose it to me, do it aside. There are the designated places for it. I think we must not mix all of it. This is my private opinion.”

Maybe that Paddy Pimblett lad was onto something after all?

In all seriousness, Khabib’s beliefs and opinions should not be shocking given his background and previous statements. “The Eagle” is a devout Muslim who grew up in the mountains of Russia — is it a surprise that his values do not perfectly line up with the more common Western viewpoints?

Besides, he’s not the first champion to take a shot at ring girls.

The workouts of Jordan Burroughs are always inspiring.

This is excellent matchmaking. Two Welterweight dudes who may not be in the title mix but are still guaranteed to throw down!

Do UFC television numbers mean anything when an unknown percentage of us watch on the app?

The UFC did very well on Saturday, it averaged 743k total viewers and peaked at 1 million. Given it was going head-to-head with #PacUgas main card, that probably doesn’t bode well for Pacman PPV sales. The UFC PRELIMS averaged 508k and peaked at 710k. Doesn’t include streaming

A pair of Flyweight champs getting some work in:

Brasil was chucking that left hook from the first bell.

Grimy footage of an old school John Wayne Parr KO with a classic story to accompany it!

So, uh, Tony Hawk is selling skateboards painted with his blood, if you’re into that kind of thing.

Midnight Music: RIP to the legend Charlie Watts. 58 years with The Rolling Stones!