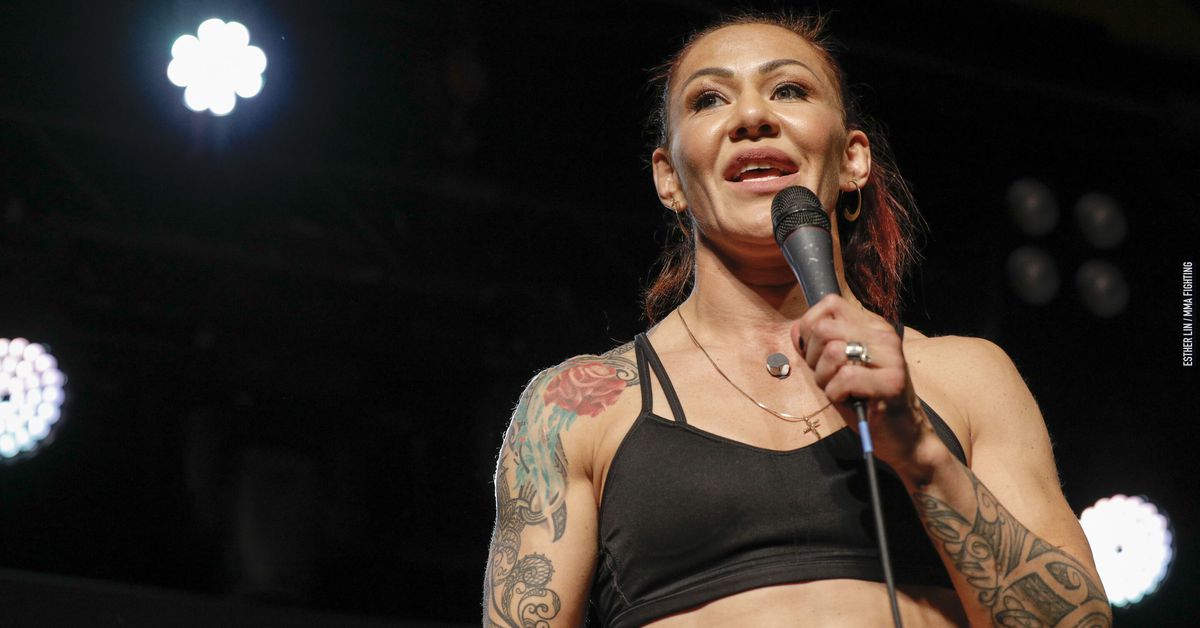 Bellator featherweight champion Cris Cyborg isn’t sure she’ll ever get the chance to face off with Kayla Harrison, but she definitely welcomes the opportunity.

This past week during the PFL playoff card from Florida, Harrison dispatched Genah Fabian in lopsided fashion with a first-round TKO, and her opponent didn’t land a single strike in the fight.

The win moved Harrison to 11-0 in her career with nine finishes. Her only two decisions came against the same opponent in Larissa Pacheco. Afterward, Cyborg commented on social media that she could make the 155-pound weight limit in order to clash with Harrison in the future.

With only one fight left on her current contract with the PFL, Harrison may soon become a highly coveted free agent, and Cyborg would love the chance to challenge her if she decides to call Belllator MMA her new home.

“I think it’s going to be a great fight for me,” Cyborg said when appearing on The MMA Hour. “She don’t need to come in at 145, we can fight at 155. She said [it was] the last fight on her contract, too, I saw and I believe maybe she’s going to sign with the UFC, but she can make more money than Amanda Nunes in PFL.

“I don’t know it’s going to be worth [it], but maybe we can do one fight, champion vs. champion. Scott Coker can be my co-promoter, maybe in the future. It’s a great fight.”

As dominant as Harrison has been during her fight career, Cyborg still hasn’t seen enough to make her believe that the two-time Olympic gold medalist in judo would serve as a serious threat to her.

In fact, the veteran featherweight actually believes former UFC champion Ronda Rousey — an Olympic bronze medalist in judo before transitioning to mixed martial arts — would have been a tougher challenge if they had ever met in the cage.

“I was supposed to fight Ronda Rousey before and I was training for a camp,” Cyborg explained. “The first thing you train in judo is learn to fall. Because when you’re going to fight judo, maybe you’re going to fall yes, but you have to know what to do after.

“I believe Ronda Rousey was more dangerous than Kayla. Her transitions were fast, her technique was fast and I know [Kayla] got a gold medal in the Olympics. But I think it’s a different level about the speed, about the transitions for the submissions.”

While Cyborg respects that Harrison could be a dangerous opponent in some ways, there are still more than enough holes in her overall game that just haven’t been exposed yet.

“People say, ‘She’s going to take you down,’” Cyborg said. “I believe in the fight wrestling can beat judo and if she takes me down, yes but I can [take her down], too. It’s an MMA fight. I think she should care more about the striking. Because if you see a couple of her fights at what 11-0, the girls fighting her are scared of the takedown and scared to punch for takedown.

“When you fight a judo girl, you can think about maybe you’re going to get taken down, it’s an MMA fight. You cannot be afraid of a takedown. She’s afraid to strike, too, when she fights the girls. Example is when she fights Cindy Dandois. Cindy Dandois came from judo, she’s really confident in her striking, she’s supposed to use the striking to fight Dandois but she’s not confident. She just did a judo takedown. It’s going to be a great fight for both I believe.”

In many ways, Harrison’s decision after her next fight in October could provide a lot of clarity about her standing in the sport. If she moves onto sign with an organization like the UFC or Bellator, Cyborg expects the PFL champ to truly get tested for maybe the first time in her career.

“She’s repeated fighting a lot of the same girls,” Cyborg said about Harrison’s resume. “I think she fought one Brazilian like three times. I respect all the girls. I’m not here for saying she hasn’t fought top 10, I respect everyone. But we don’t need to talk about me or Amanda Nunes. We can talk about if maybe she goes to the UFC, [Germaine de Randamie] is going to be a hard fight for her. Then we’re going to expose her weakness. Holly Holm, too, Julia Budd, I think a lot of girls can expose her weakness.

“I hear her talk. She’s very young, I don’t know if she knows the history of MMA. She just remind me of another judo girl who comes to MMA and I just look for what’s going to happen. It’s OK. It’s nice when people really think you’re more than you are. It’s hard. I don’t like to talk about myself. I prefer the fans, people see who they think I am but maybe she thinks she’s doing the right thing.”