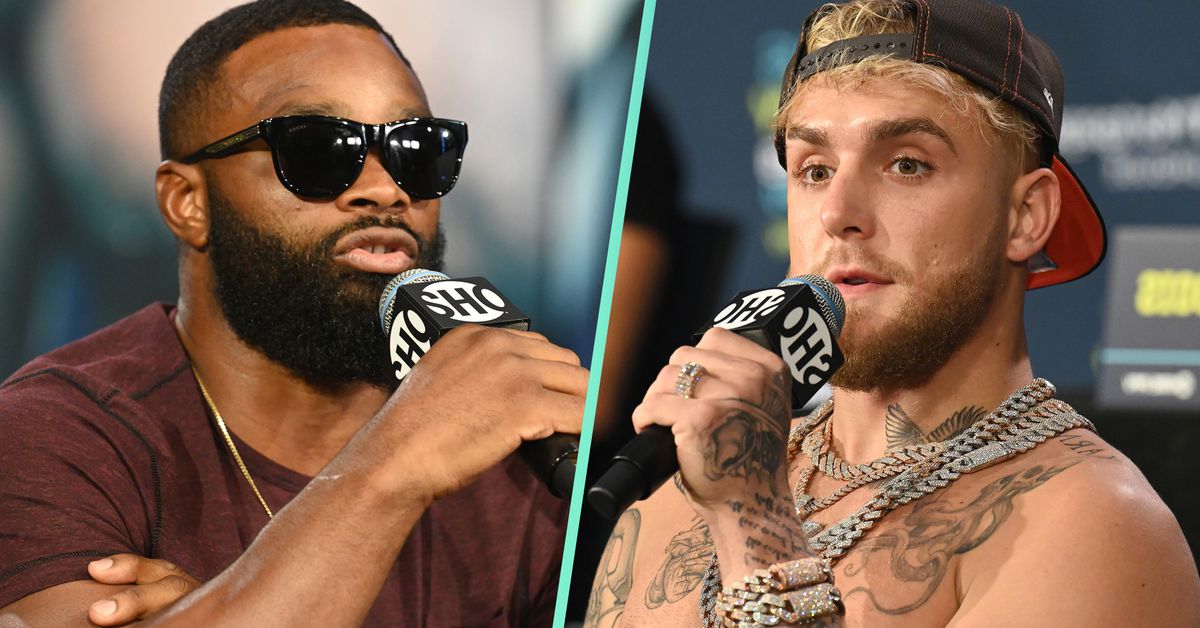 Save yourself 40 minutes and watch the best moments from the Jake Paul vs. Tyron Woodley post-fight press conference in an eight-minute highlights video.

Paul vs. Woodley headlined a Showtime boxing (PPV) on Aug. 29, 2021 (also streaming on FITE) inside Rocket Mortgage FieldHouse in Cleveland, Ohio. Paul improved to 4-0 as a professional boxer after earning a split decision against Woodley (0-1 in boxing).

Both men spoke with members of the media at a post-fight press conference in the early hours of Monday morning. You can watch all the best and most newsworthy moments using the video embedded above.

Each half to the main event made their case for why they deserved the victory — Paul pointed to his lead in overall strikes; meanwhile, Woodley leaned on his damage. “The Chosen One” also pushed for a rematch, which Paul said he’d consider. Elsewhere in the presser, “The Problem Child” took aim at Tommy Fury — who also fought on the card — and Conor McGregor.

The general consensus online appeared to be that Paul won more rounds; however, Woodley had the most decisive moment of the fight with a near knockdown in the fourth stanza (watch highlights).