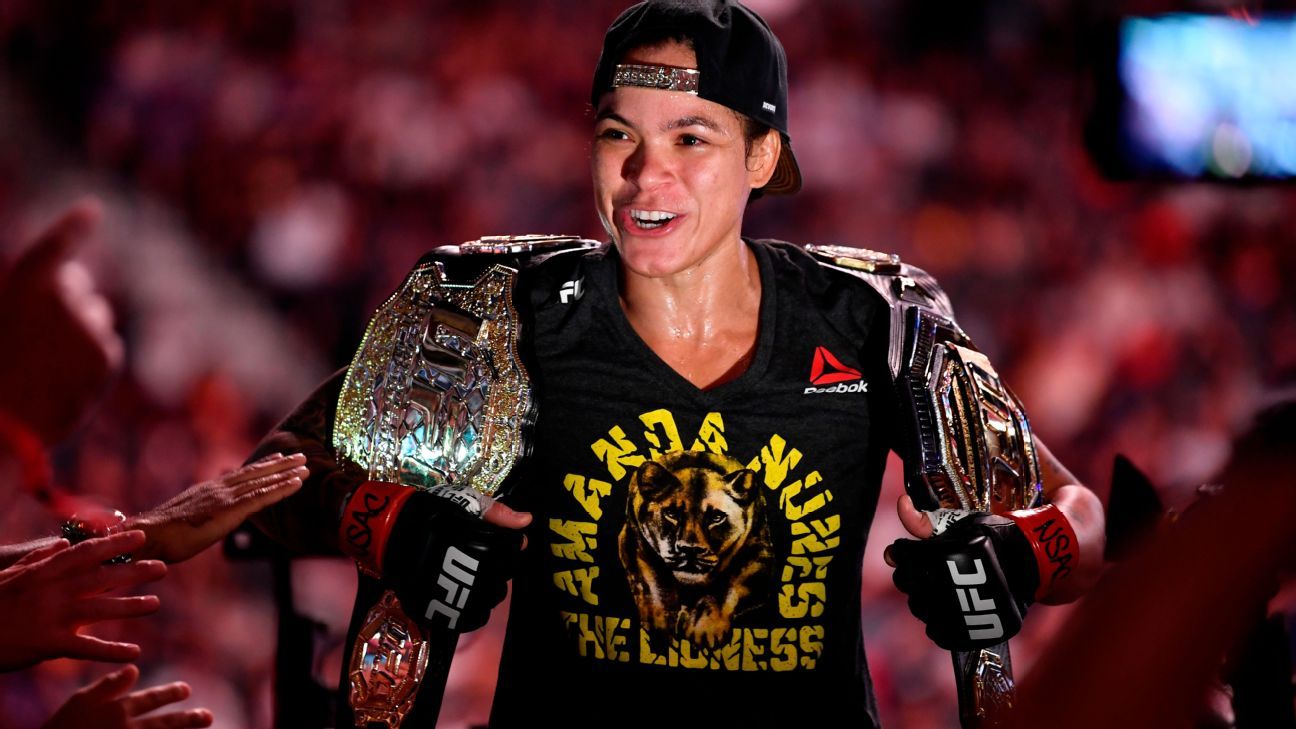 The UFC has rebooked Amanda Nunes‘ bantamweight title defense against Julianna Pena for UFC 269 on Dec. 11, the promotion announced on Monday.

Nunes (21-4) was supposed to face Pena (10-4) at UFC 265 earlier this month in Houston, but was forced to withdraw after testing positive for COVID-19. The UFC has not announced an official venue for the UFC 265 pay-per-view event, but it is likely to take place in Las Vegas.

Originally from Brazil, now fighting out of South Florida, Nunes is the UFC’s 135- and 145-pound champion. ESPN ranks her the No. 1 pound-for-pound female fighter in the world.

The 33-year-old has not fought since she defended her featherweight title against Megan Anderson in March. She is on a 12-fight win streak.

Pena, of Spokane, Washington, is a former winner of The Ultimate Fighter reality series and holds a 6-2 overall record in the UFC. She earned a title shot by defeating Sara McMann via submission in January.