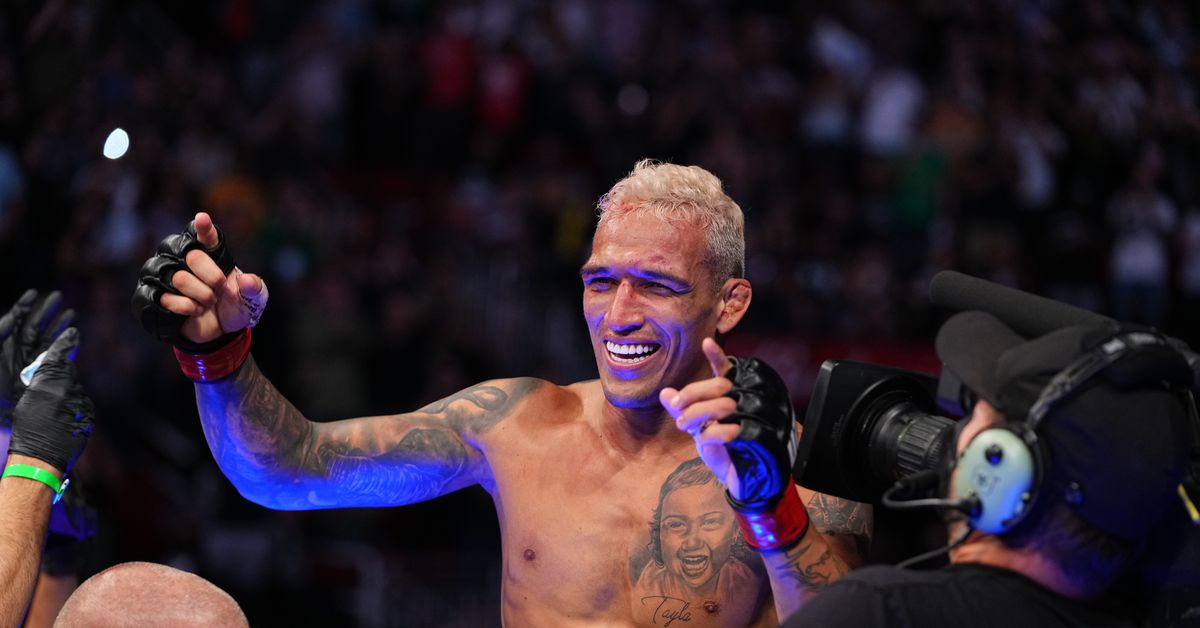 Newly-crowned UFC lightweight kingpin Charles Oliveira is scheduled to make his first-ever title defense against former interim champion Dustin Poirier, a five-round showdown expected to land at the upcoming UFC 269 pay-per-view (PPV) event on Dec. 11, though a city and venue have yet to be determined.

That’s according to MMA Fighting.

Oliveira (31-8, 1 NC) is the winner of nine straight, including his technical knockout victory over former Bellator MMA champion Michael Chandler at UFC 262 back in May. “Do Bronx” has a staggering 28 finishes in 31 victories, making him one of the most dangerous lightweights on the entire roster.

Poirier (28-6, 1 NC) was already in line for a lightweight title shot but opted to put his championship dreams on hold to collect another mega-payday against UFC cash cow Conor McGregor. The gamble paid off and “The Diamond” is now the winner of three straight, capturing eight of his last nine with five finishes.