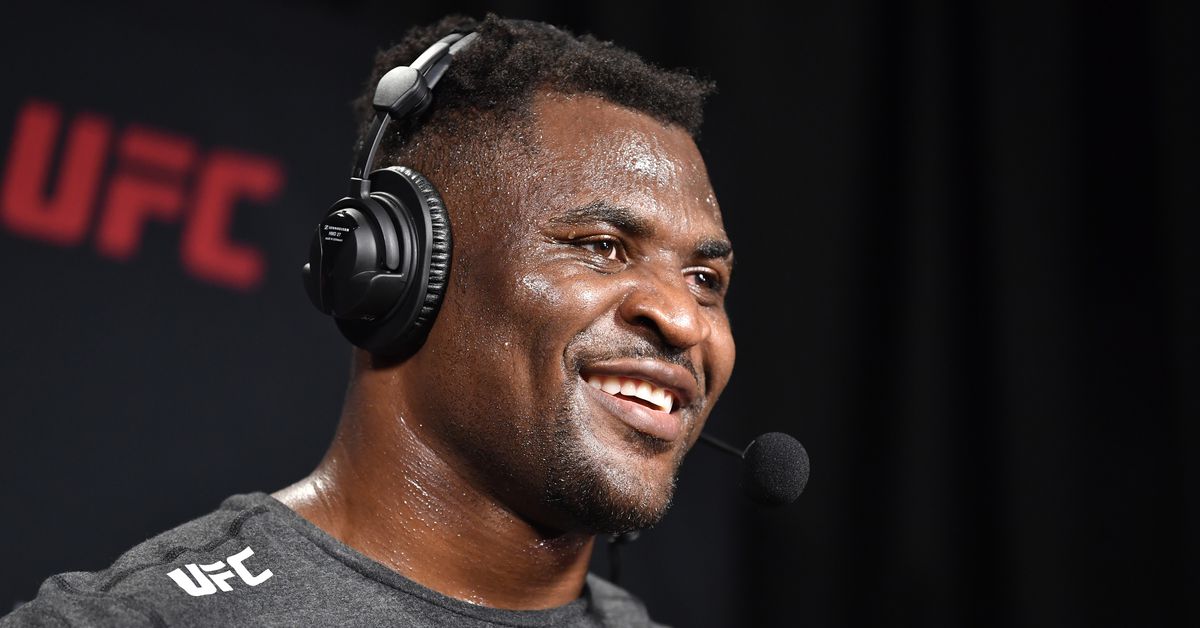 The UFC’s pay-per-view schedule for the rest of 2021 is filling up quickly, but there’s still one mammoth presence missing from the year-end slate: Heavyweight king Francis Ngannou.

Ngannou has been out of action since knocking out Stipe Miocic just 52 seconds into the second round of their March rematch to capture the UFC heavyweight crown. A title unification bout against Ngannou’s former teammate Ciryl Gane, who won an interim belt with a knockout of Derrick Lewis at UFC 265, is expected to be next. And though nothing is official yet, Ngnnou’s coach Eric Nicksick told The MMA Hour’s Ariel Helwani on Wednesday that a date in early 2022 is what the team is currently anticipating.

“I’m hoping, and that’s what we’ve been kicking around. We’ve been hearing January,” Nicksick said on The MMA Hour. “But you never know, man. Like, the UFC’s always willing to throw you a curveball and then, ‘Oh, guess what? You’re fighting Jon Jones now.’”

Ngannou’s road since UFC 260 has been an odd one. UFC president Dana White spent the lead-up to Ngannou’s rematch with Miocic claiming that the winner would fight former UFC light heavyweight champion Jon Jones in a blockbuster heavyweight superfight. The matchup between Ngannou and Jones would’ve done big business, however UFC officials pivoted almost immediately after failing to come to terms with Jones and instead targeted a rematch between Lewis and Ngannou for UFC 265. Once Ngannou was unable to make the date, the UFC tapped Gane as a replacement and slapped an interim belt onto the matchup despite it happening less than five months after Ngannou’s title win.

Now it’s unclear when or if Jones will fight again.

Nicksick still hopes the matchup between the two titans is one that can come together before it’s lost forever.

“I always think there’s a chance, and you absolutely are right — I think that’s the fight to make,” Nicksick said. “And I would hate to miss out on that opportunity between Francis and Jon. It kind of reminds me of when [Manny] Pacquiao and Floyd [Mayweather] were supposed to fight the first time and then Pacquiao went and got starched or something happened, right? And then the luster wore away. So I’m hoping that that’s the fight that happens, because honestly, in my mind I feel that Jon Jones is the pound-for-pound GOAT. And as a coach and as a competitor, I want to compete against the best.

“I have the utmost respect for Jon and Brandon Gibson and that team over at JacksonWink, but this is what we want to do — we want to compete and we’re going to compete against the best available. And I think Ciryl has put his name in that hat, but that’s the fight I think the fans and the media and everybody wants to make, is Jon and Francis.”

For now, the Jones fight remains a longshot. White has repeatedly insisted that a title unification bout between Ngannou and Gane is the UFC’s new priority for the division.

Gane is a perfect 10-0 in his MMA career and has won all seven of his UFC appearances in dominant fashion. Following his vicious finish of Lewis at UFC 265, Gane was even instituted as the betting favorite to defeat Ngannou by several online sportsbooks. And though the Lewis fight was impressive for Gane in its thoroughness, Nicksick was actually felt a prior performance was the Frenchman’s real “coming out party.”

“For me, I was actually more impressed with what he did with [Alexander] Volkov,” Nicksick said. “I thought that fight was going to be more telling, in my opinion, just because of the range and the length and what Volkov is capable of doing as a striker.”

The relationship between Ngannou and the UFC has been a tenuous one in recent months. Ngannou told GQ after UFC 265 that “sometimes I’m not even sure if I’m really the champ or not. It’s really confusing.” He added that there was “a lot going on behind the scenes” and that he didn’t think the UFC was happy with him after he turned down a contract offer that “wasn’t right” in his eyes prior to the Miocic rematch.

But ultimately Ngannou and his team have been rolling with the punches, and Nicksick said they’ll continue to do so until the 34-year-old champion’s next step is fully figured out.

“They’re a business, they have to do what’s best for them,” Nicksick said. “The thing that I’m happy about the most though is the fact that Francis has just been in the gym training ever since. The moment we knew we fighting Derrick Lewis, he started camp. So it almost kind of reminds me of the pandemic days when we had Jairzinho [Rozenstruik]. We ended up having almost a 14 or 15-week camp, and that helped us a lot. It kept his weight down, it kept him active. We got to skill build and do a lot of things behind-the-scenes.

“So he’s hungry. He’s motivated. I don’t want to put words in his mouth and say he’s disrespected, but the narrative I think is inherent that that’s how he’s going to feel. But for us, man, all the politics and all that stuff, you really can’t control [them], so I just feel like just getting your ass in the gym and working hard and good things will happen.”