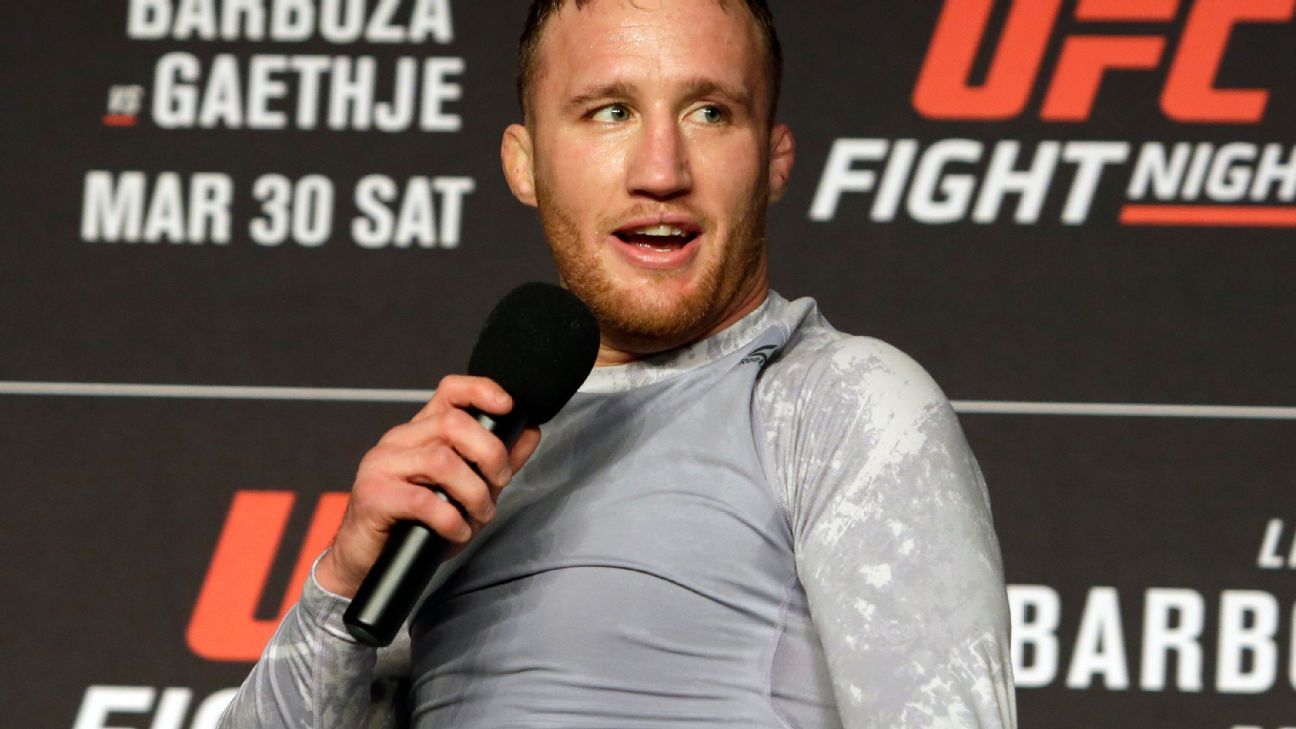 UFC lightweight Justin Gaethje has signed a contract extension that will keep him inside the Octagon, ahead of his upcoming fight against Michael Chandler at UFC 268 on Nov. 6.

Gaethje (22-3) broke the news to ESPN during an interview Tuesday. The former interim champion had expressed some frustration with the UFC over the last year, but says he and president Dana White are on good terms following this extension. Gaethje’s frustration was caused, in part, by the state of his division over the last year.

Gaethje, 32, unsuccessfully challenged Khabib Nurmagomedov for the undisputed 155-pound title at UFC 254 last October. After Nurmagomedov announced his retirement following that bout, Gaethje felt he was one of the most deserving of a shot at the vacant title. The UFC ultimately went with a matchup between Chandler and Charles Oliveira in May.

“I was pissed off at the time,” Gaethje said. “I thought this was the most coveted title in the UFC when Khabib was around, and it turned into almost the laughingstock of the UFC overnight. When you have Charles Oliveira and Michael Chandler fighting each other for the title, to be the best — those two weren’t best. It was me and [Dustin] Poirier. That should have happened.”

Gaethje, of Denver, says he has moved past that frustration and is looking forward to fighting Chandler (22-6), who lost to Oliveira via TKO in their title fight, in November. He expects Oliveira to book his first title defense against Poirier in the near future, and believes Poirier will win that fight.

One opponent Gaethje does not see in his future is Conor McGregor. There was a time when a fight between those two felt nearly inevitable, as they are considered two of the most entertaining fighters in the division and have gone back and forth on social media.

Gaethje felt McGregor ducked a fight against him in January 2020 by electing to fight Donald “Cowboy” Cerrone instead. He believes the fight might have been possible after he won the interim championship in May 2020, but he had no interest in it at that time, as his sights were on unifying the belt against Nurmagomedov.

With McGregor suffering a serious leg injury in a trilogy loss to Poirier in July, Gaethje thinks that fight is officially off the table.

“Zero percent,” he said. “I don’t think he’ll fight, if only once or twice [more] — and it won’t be against guys like me. It’ll be guys like Nate Diaz or Jorge Masvidal. Favorable matchups.”