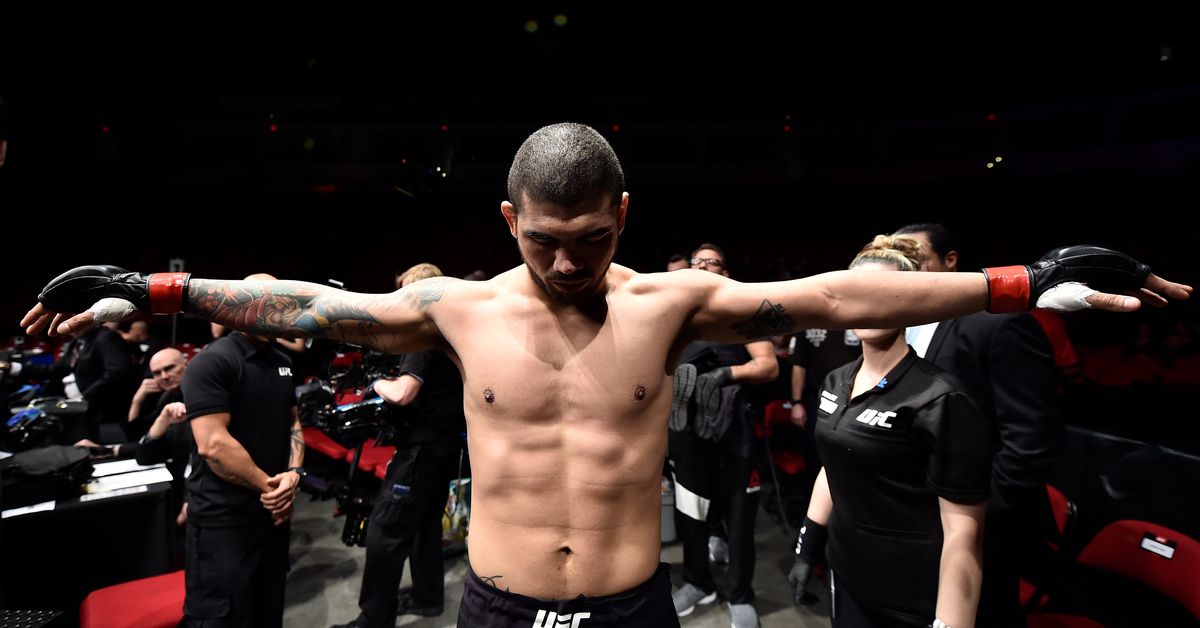 Tonight’s story is a good reminder about the power dynamic at play in UFC contract dealings. To summarize for those who haven’t been paying attention: the fighters (even champions) have almost no pull, while the promotion reigns supreme!

That situation perhaps explains how Antonio Braga Neto found himself kicked to the curb just days after a positive COVID-19 test booted him from a planned UFC Vegas 35 bout vs. Abdul Razak Alhassan (h/t MMAFighting). Neto is hardly the first fighter to be forced out of a bout by the virus — seriously, check out our gigantic list that’s not even fully up-to-date anymore — but he may be the first to find himself jobless afterward.

Now, there is additional context to consider. Namely, Neto is just 1-2 inside the Octagon dating back to 2013. His inactivity is likely the reasoning behind the pink slip, but can we really blame the grappler for getting COVID-19? Training for a UFC fight requires close physical contact with multiple team mates, so combatants are more at risk than most in terms in terms of contracting the virus.

It’s simply poor timing and thus a bad look for the promotion. Had UFC released Neto in December 2020 or August 2018 (his two previous pullouts), no one would likely have batted an eye.

A bit over one week into awkwardly plugging myself, and I’d like to send a major thanks to the 60 (at this time of writing) people who have supported the cause. Glad to have you on the team, and there’s still room on board!

Rafael Fiziev vs. Brad Riddell is an outstanding Lightweight match up … but is this a case of UFC strong-arming its athletes/announcing the bouts pre-contract?

A lightweight banger between Brad Riddell and Rafael Fiziev is headed to UFC Fight Night on Dec. 4, multiple sources tell @mma_kings and I. Story coming to @MMAjunkie

Just so everyone can stop talking about it, Rafael Fiziev & Brad Riddell will never fight one another, except for the UFC Lightweight Championship. Brad coached Rafael and they are training partners. You wanna watch them fight? Go to practice at @tigermuaythai

Alex Pereira is serious about making his move to the Octagon!

Is “Triple C” the key for Zhang Weili to regain her crown?

Ariel Helwani vs. Joe Rogan/Brendan Schaub is not the beef I expected to include in tonight’s column.

It looks like Mike Perry is taking his boxing training seriously — good to see.

As a representative of Sacramento, I am absolutely obligated to include any “Chico” Corrales clips that come across my feed.

I don’t know what’s happening here, but I hope it’s not a serious medical problem.

Getting baseball bat choked without the gi has to be an upsetting way to go. Sneaky!

Midnight Music: There were some definite jams on the ‘80s playlist I listened to tonight.

Islam Makhachev Disappointed In Lack Of UFC 284 Promotion
The CALL-OUT that started it all! 😬
Iron Sharpens Iron (And Wood Cuts Wood)
UFC 284 Embedded, Episode 1: ‘He’s never going to come back to 155’
Despite Loss, Fedor At Peace With Retirement