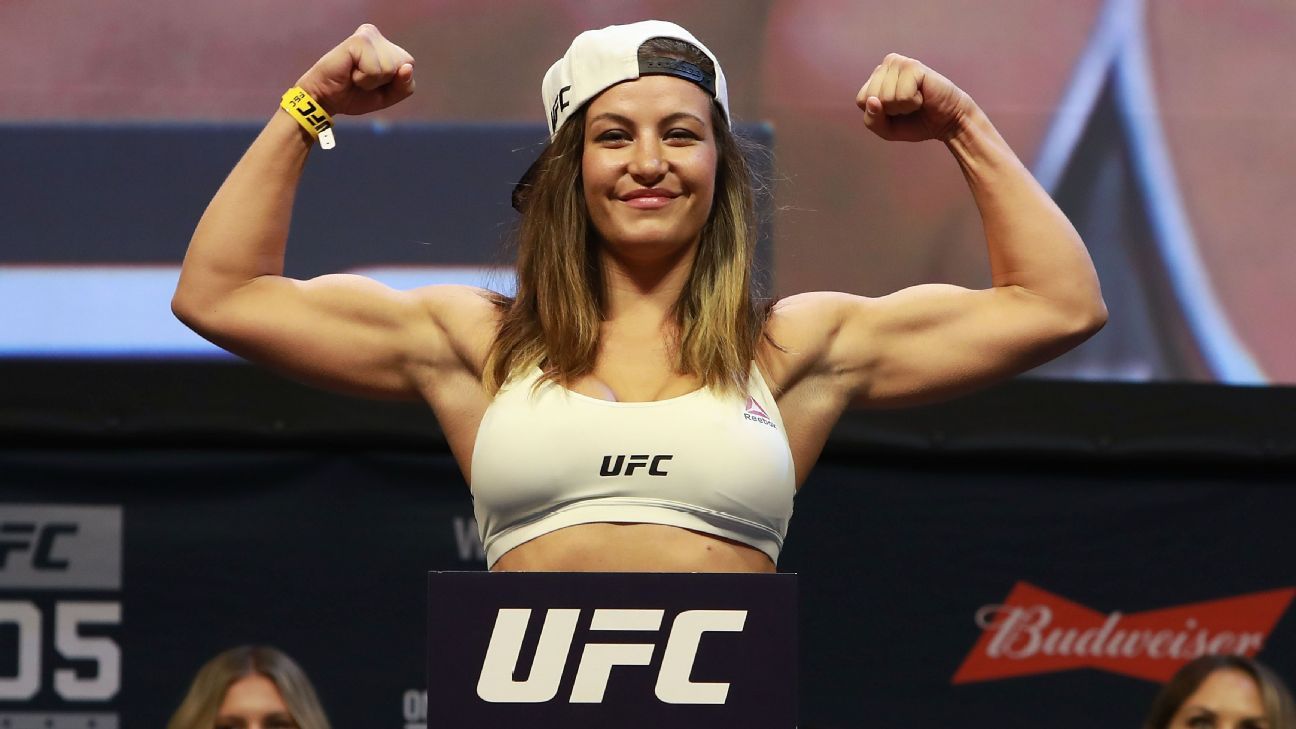 Miesha Tate is back in the main event.

The former UFC women’s bantamweight champion — and one of the most popular women’s MMA fighters ever — will headline a UFC Fight Night against Ketlen Vieira on Oct. 16 in Las Vegas, the UFC announced Thursday.

ESPN has Vieira ranked No. 8 in the world at women’s 135 pounds, and this is Tate’s chance to climb the divisional ladder again. “Cupcake” made her return from retirement after five years away with an impressive, third-round TKO over Marion Reneau in July.

Tate vs. Vieira had been targeted by the UFC for several weeks, but the announcement was pending Vieira signing the bout agreement, which happened Thursday, according to Vieira’s Instagram.

Tate (19-7) headlined UFC 200 in July 2016 against current women’s bantamweight and women’s featherweight champion Amanda Nunes. The Washington native, who fights out of Las Vegas, stepped away from competition after a loss to Raquel Pennington four months after that, taking an executive position with ONE Championship in Singapore. Tate, 35, announced she’d be returning to the UFC last March — and was seeking a future chance to challenge for the title she lost to Nunes five years ago.

Vieira (11-2) has dropped two of her last three fights after starting her career 10-0. The Brazil native most recently lost to Yana Kunitskaya via unanimous decision in February. Vieira, 30, owns UFC wins over Cat Zingano, Sara McMann and Sijara Eubanks.