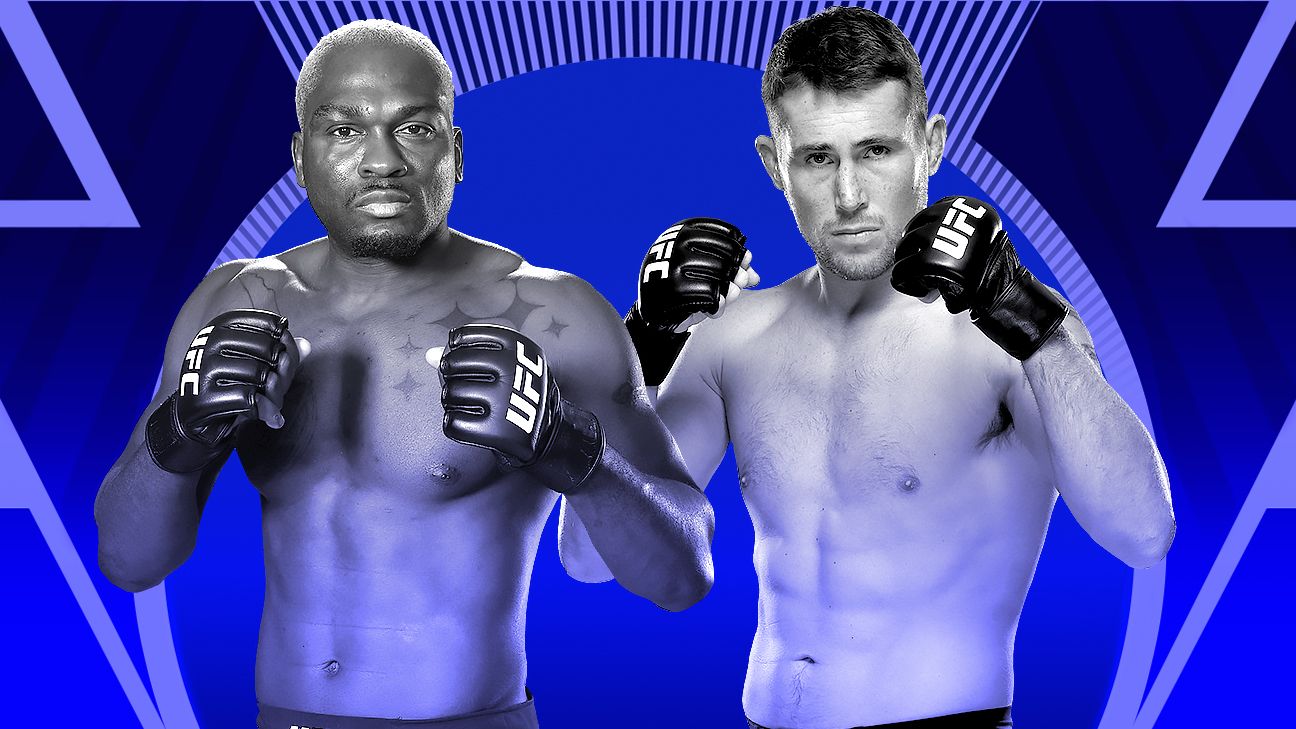 The next two months are going to have a drastic impact on what happens in the UFC’s middleweight division in 2022.

Right now, Israel Adesanya (21-1) remains the undisputed king of the division, and maintaining that spot is the only goal he has in the foreseeable future. Adesanya had plans to take over the light heavyweight division as well and eventually facing Jon Jones in a superfight, but those plans were cooled significantly when he lost to 205-pound champion Jan Blachowicz in March.

Adesanya’s next challenge will be a rematch against former middleweight champion Robert Whittaker, but that fight is not expected to take place until early next year. What happens beyond that? Well, that’s what the next two months will decide.

A significant domino fell two weeks ago when Jared Cannonier defeated Kelvin Gastelum to bolster his case for a UFC title shot. The next domino will fall on Saturday afternoon when Darren Till (18-3-1) meets Derek Brunson (22-7) in the main event of a matinee UFC Fight Night in Las Vegas.

Derek Brunson carries a four-fight winning streak into Saturday’s fight against Darren Till, as both UFC middleweights angle to put themselves directly into the title picture.

Till, of Liverpool, England, is one of the most popular figures in the sport, and a potential championship fight between him and Adesanya would be a huge draw for the UFC. Despite the fact that Till is only 1-1 as a middleweight — and just 1-3 in his last four fights — there is a very real chance his next fight could be for a title if he wins this weekend and Adesanya wins his next bout.

The last domino to fall will be a five-round matchup between Paulo Costa and Marvin Vettori on Oct. 23. Both Costa and Vettori are coming off losses to Adesanya in their most recent bouts, so as long as Adesanya remains at the top, they’ll likely need multiple wins to earn a rematch. But the winner of their fight will be a key piece in determining the immediate landscape of 185.

So 2022 will likely kick off with that critical title rematch between Adesanya and Whittaker. And the table will already be set for whatever is next based on what happens here in 2021.

7: Knockouts in the UFC by Brunson, tying him with Michael Bisping, Chris Leben and Yoel Romero for the second most in middleweight division history, one behind leaders Anderson Silva, Uriah Hall and Thiago Santos.

10: Knockouts by Till in his career. Only two have come in his 10 fights since he joined the UFC as a welterweight in 2015, and none since he moved to middleweight in 2019.

16: Takedowns by Brunson during his current four-fight winning streak. Prior to that, in his first 14 trips inside the Octagon, he had a total of 13 takedowns.

89: Percentage of UFC fight time Till has spent on his feet.

6: Consecutive fights in which Brunson (+150) has been a betting underdog. He has won the last four and is 6-3 overall as an underdog in the UFC. Till (-175), meanwhile, has lost three of his last four fights and was the betting favorite in two of those fights. 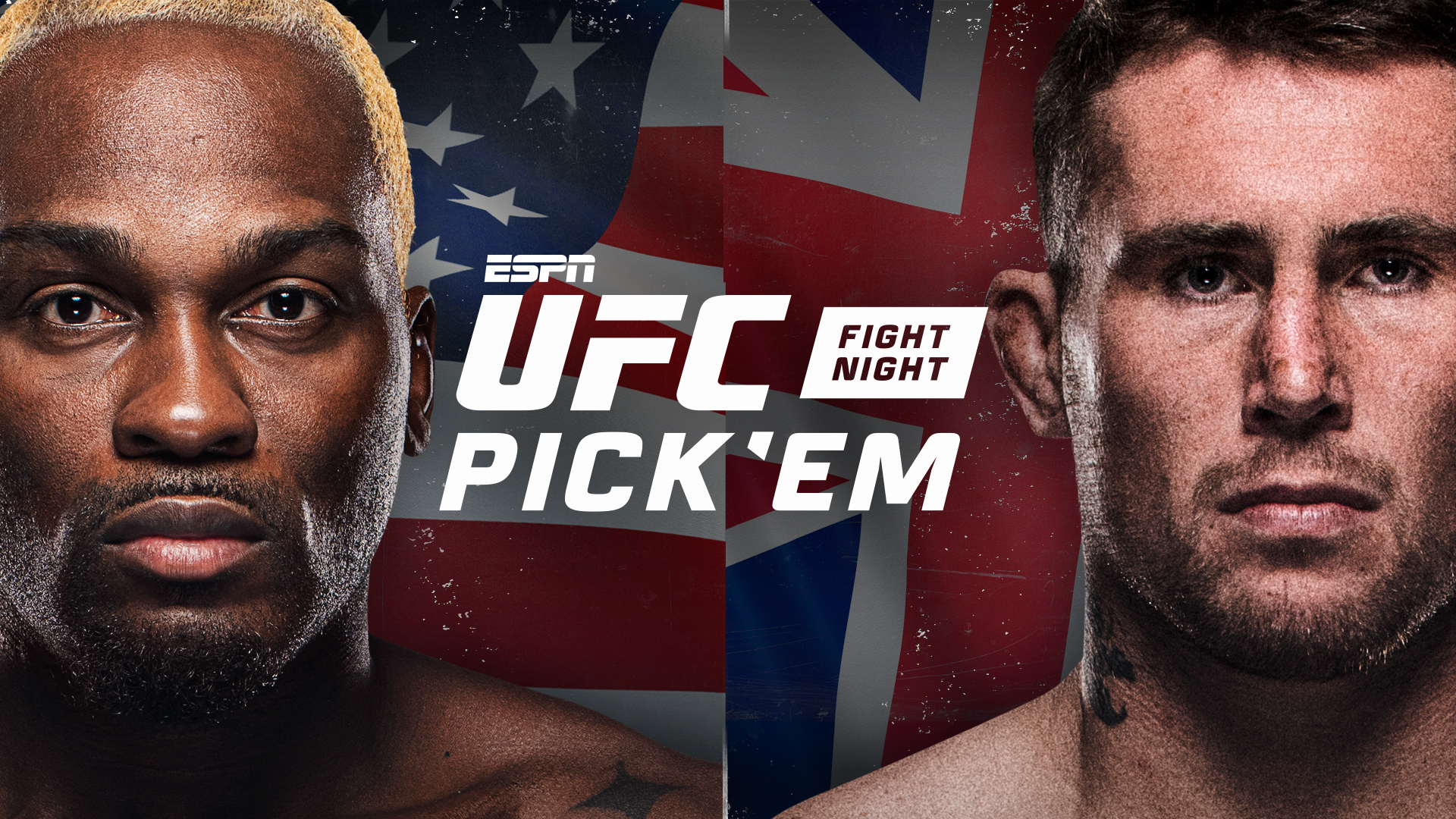 “I’ll say this: Till is a lot quicker than we give him credit for — just his natural, instinctive speed,” said MMA coach and UFC broadcaster Din Thomas. “He’s got quicker hands and feet than you think he does. His reflexes are faster than you think, even though he doesn’t move a lot. But I don’t think he’s going to be quick enough to stop Brunson. I think Brunson is a lot stronger than what people think. His takedowns are better than people give him credit for. I think Brunson will take Darren Till down and he might even finish him.”

Check out how Thomas and other experts break down the main event and predict a winner.

1. In the co-main event, Tom Aspinall and Serghei Spivac both put three-fight winning streaks on the line. The winner will have the fourth-longest UFC streak at heavyweight, behind Ciryl Gane (7), Francis Ngannou (5) and Marcin Tybura (5). All three of Aspinall’s wins during this run have featured a finish; if gets a fourth straight, he would trail only Ngannou (5) for longest active finish streak.

3. After signing with the UFC in March, former Cage Warriors featherweight champion Paddy Pimblett makes his Octagon debut in a lightweight bout with Luigi Vendramini. Pimblett is 16-3 and a winner of his last two bouts.

4. Jack Shore is the only undefeated fighter on the card, at 14-0, and he is an almost 5-to-1 betting favorite against Liudvik Sholinian. The debuting Sholinian lost in the semifinals of The Ultimate Fighter to eventual Season 29 champion Ricky Turcios. If Shore gets his hand raised, he will tie Movsar Evloev for the best record among fighters on the UFC roster.