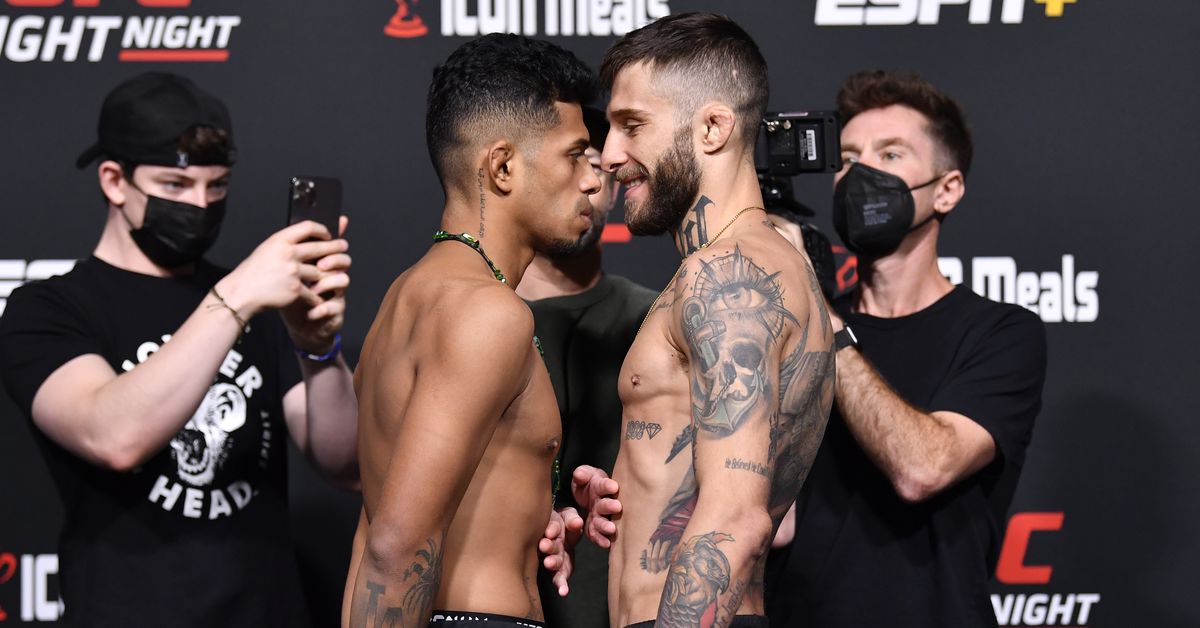 UFC Vegas 36 is now down to nine fights.

Multiple people with knowledge of the promotion’s plans confirmed to MMA Fighting that the matchup between Jonathan Martinez and Marcelo Rojo is off of Saturday’s fight card at the UFC APEX. Martinez, who missed weight by two pounds, was forced to withdraw from the bout due to complications following his cut. ESPN Deportes was first to report the news.

Per a source, Rojo will receive his show money after hitting the mark at 135.5 pounds at Friday’s weigh-in.

This is the second time Martinez has had a hiccup on the scale as he missed weight by 4.5 pounds for his UFC Vegas 5 TKO win over Frankie Saenz. “Dragon” went up to featherweight in his next fight where he defeated Thomas Almeida via unanimous decision at UFC Fight Island 6 before dropping back to 135 at UFC Vegas 21 in March—successfully making weight—where he was stopped by Davey Grant.

Rojo will have to wait a little longer to make his return to 135 pounds following his short notice debut at featherweight, where he was stopped by Charles Jourdain after a spirited battle in the third round.

UFC Vegas 36 will be headlined by a middleweight bout between Derek Brunson and Darren Till.