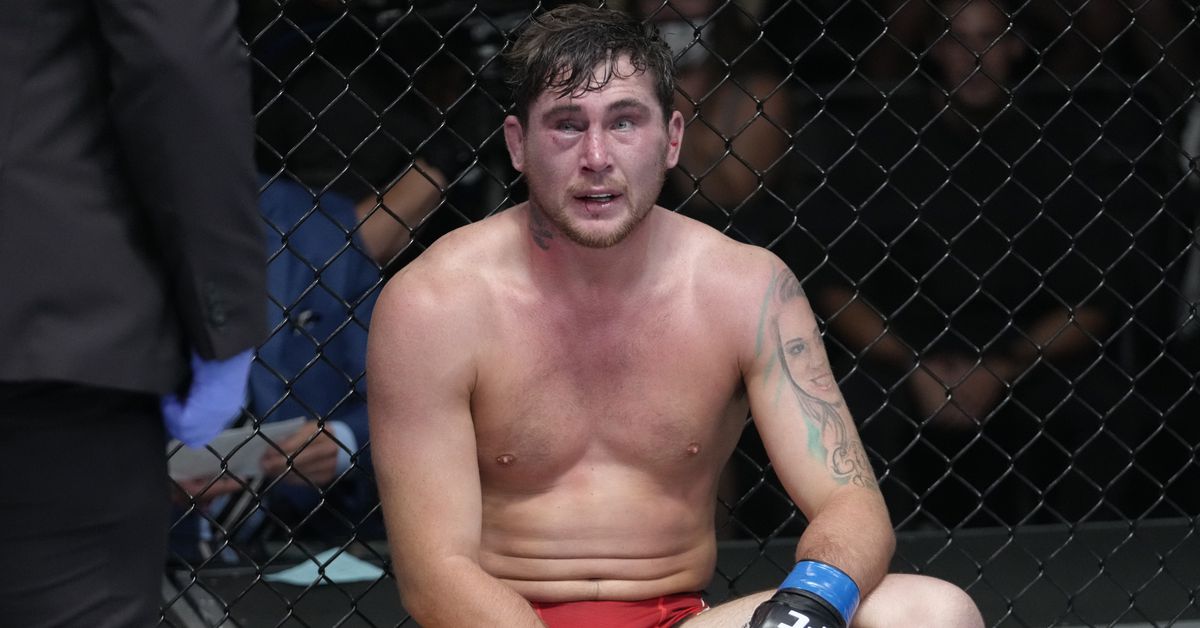 Darren Till may be caught in a rough chapter of his career, but he’s not giving up on his dream of becoming a UFC champion.

Till suffered his fourth loss over his last five fights on Saturday when he was submitted by Derek Brunson in the third round of the pair’s main-event bout at UFC Vegas 36. The loss pushed Till even further back of the contender queue at 185 pounds and invited questions about whether the 28-year-old Liverpudlian would ever reach the heights many forecasted for him when he was a brash upstart making his name in his early UFC days.

Bisping and Oliveira lost a combined 15 UFC bouts between them before attaining the UFC title in shocking fashion in their respective divisions.

Will Till one day be able to do the same?

Will Darren Till ever be a UFC champion?