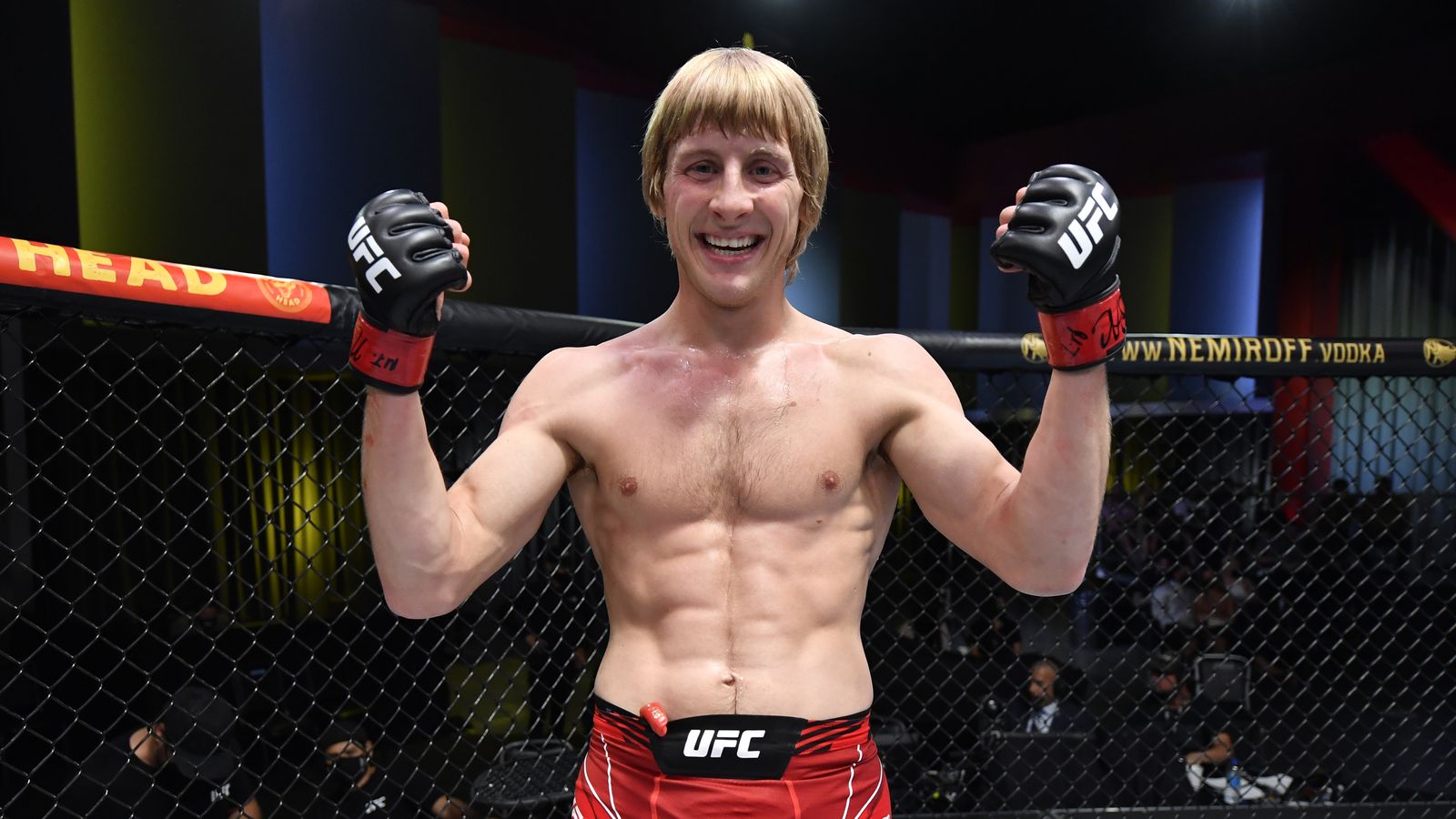 Pimblett carried a lot of hype coming into this fight as a former European champion with swag, good trash talk, and outstanding finishing ability. The man known as “Baddy” had already proclaimed himself the next big UFC star so he needed to impress in his debut. Luckily, Pimblett came through and scored a massive finish that instantly puts him on the map in a crowed lightweight division.

After the fight, Pimblett spoke with media members at the UFC Vegas 36 post-fight press conference (shown above via The Mac Life) to discuss his debut finish.

“I showed everyone that I can come through adversity as well, because he did catch me with a nice left hook,” Pimblett said. “I need to stop letting people punch me in the face. I want to put on too much of a show, so I just put my hands down and get into firefights with people. I do it in the gym.

“I can’t help myself. I like fighting. It’s pretty stupid, because it can go wrong, but it didn’t go wrong.”

Pimblett, 26, has now won his last three fights and could not have made a better UFC debut on Saturday. “Baddy” did have to eat a massive counter punch from Vendramini, but he showed resolve and poise in the biggest spot of his career thus far. After the fight, he talked about the next possible step in his UFC journey.

“Luigi Vendramini was the fourth name I got put forward to me for this fight,” he said. “Every other name I got put to me I said yeah. I’ll never say no to a fight. I’m not a b*tchass. Whatever name gets put to me on the contract, I’m going to sign it. I don’t care if they’re ranked or not ranked or where they’re from, or where it is, if it’s in their backyard. If it’s in their backyard, everyone will start going sick when I walk out anyway. That’s just what I do.

“But as Dana said … he said honorable mention to Paddy the Daddy. He knows it will be fun going back to England with this kid. … November or December, let’s get a show in England, and let’s blow the roof off.”

There’s still a lot of work for Pimblett to do, but the sky is the limit for the kid from Liverpool, England. He looks to have the full package to really dig his feet into the 155-pound division and the best part about it is Pimblett is not afraid to speak his mind.

“People think I’m a grappler, and I’ve just shut everyone up,” he said. “I can strike. I can grapple. I can wrestle. I’ve got the personality, I’ve got the look. The new king’s here, lad.”