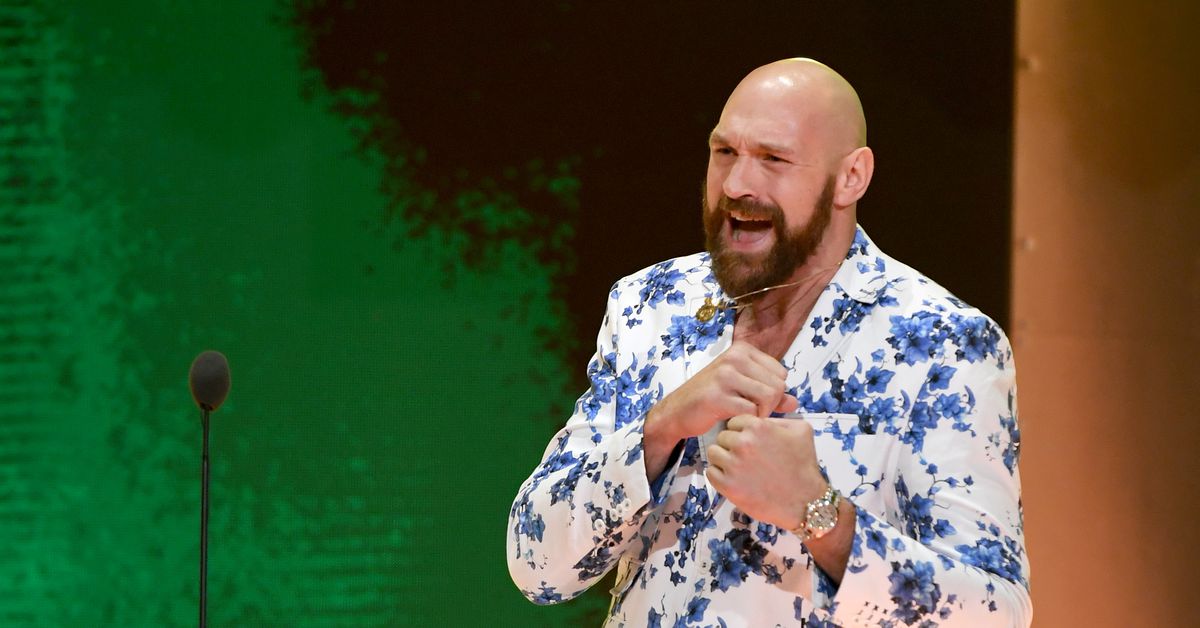 There’s been no shortages of mixed martial arts / boxing crossover events these past couple of years, but it always seems to be the MMA fighters crossing over to boxing and not the other way around. That may finally change sometime down the line, because according to Tyson Fury’s father, the WBC and The Ring heavyweight champion plans on eventually stepping into the cage.

“With the right training, he does very well,” John Fury told Dan Hardy in a recent video interview for JOE. “I’ve seen him excel in different sports, wrestling. I’ve got some sort of an idea what Tyson was from that. And he likes to get involved, Tyson, and I know what he’s like from being a kid. He can use more than his hands, believe it or not. And he’s quick and light on his feet. And his balance is good. And I do believe if a top MMA trainer took him on, he could do big things with him. Ask Darren Till, he’s done the work with him.”

“He’s got a good forearm smash and all that kind of thing,” the senior Fury continued. “The knees go up, the head goes in, the elbows. I’ve seen him do it out of boxing, see. I’ve seen him fighting outside, this that and the other. I know what he’s capable of, and with the right training, yes he could do that.”

“I think the rougher it gets for Tyson the better he likes it. It brings what we call something different to his job, doesn’t it? It gives him more goals to achieve and more things to look at and address. And I think that’s what Tyson wants. And when he does finally retire from boxing, he’ll probably go to that and probably come back to boxing, whatever he does. But he will engage on that, you’ll see.”

This isn’t the first we’ve heard of Tyson Fury jumping into MMA. Following a 2019 big money WWE appearance in Dubai, “The Gypsy King” said he was jonesing to have a cage fight.

“I come from a long line of bare knuckle boxing champions,” he said. “Getting hurt, getting bloody. You saw my last fight, blood everywhere! Nothing new to me. All a part of my heritage and upbringing. So, I’d love to get in there and smash someone up.”

Unfortunately, there hasn’t been a lot of momentum on Fury’s side due to the COVID-19 pandemic shutting down major events through 2020 and then a 2021 trilogy fight with Deontay Wilder getting postponed after Fury caught the virus.

After Fury-Wilder 3 happens, there’s a massive money fight with Anthony Joshua ready to go … and then a rematch regardless of who wins. So Fury’s got his schedule pretty full at the moment. But knowing what a wild individual Tyson is, he’s one of the few boxers we believe when he says he’s willing to cross over.