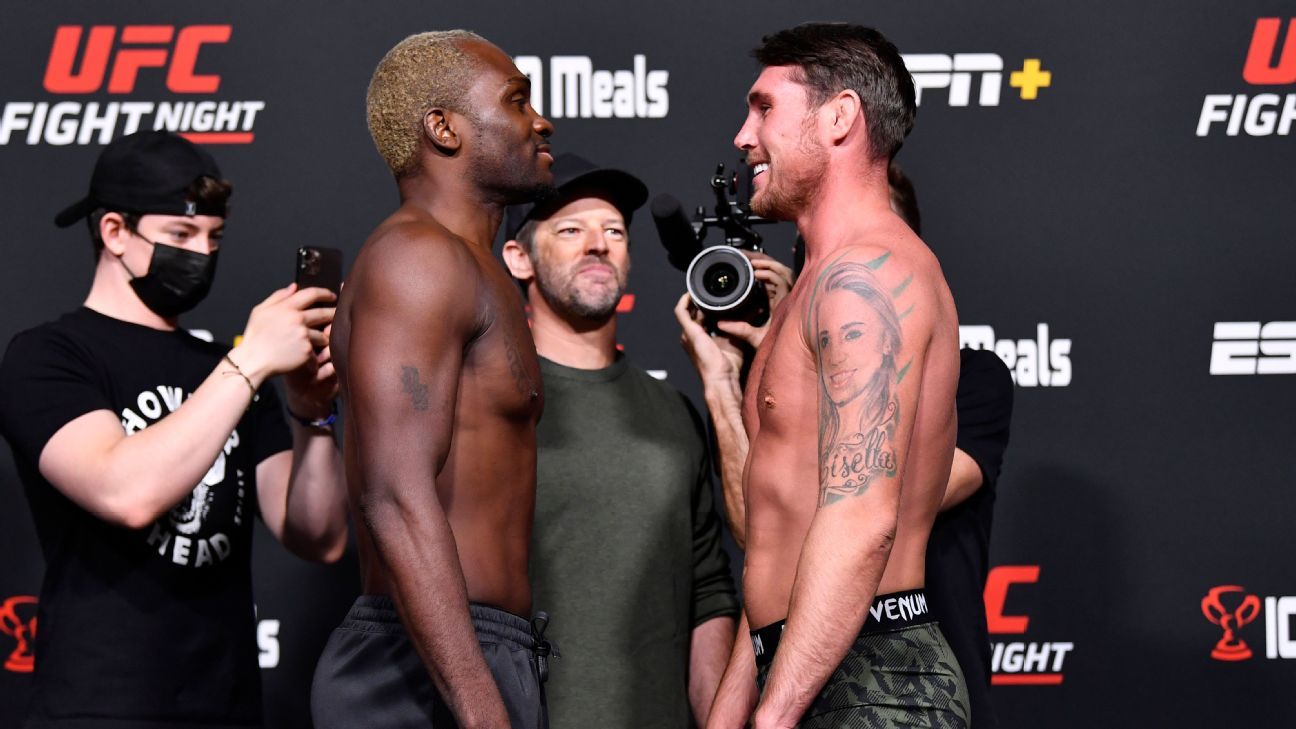 Darren Till has emerged as one of the most popular fighters in the UFC’s middleweight division. Now, he has his chance to go from wise-cracking fan favorite to legitimate title contender.

Till meets Derek Brunson in the main event of UFC Fight Night on Saturday afternoon in Las Vegas. The card was initially supposed to be in Till’s native England but was moved to the United States due to COVID-19 logistical issues.

It’s a pivotal bout near the top of the UFC’s 185-pound division, where ESPN has Brunson ranked No. 7 and Till ranked No. 8. The winner will join Jared Cannonier as a top contender in the division where champion Israel Adesanya is likely to defend next against former champ Robert Whittaker.

Derek Brunson carries a four-fight winning streak into Saturday’s fight against Darren Till, as both UFC middleweights angle to put themselves directly into the title picture.

Brunson (22-7) is in the midst of perhaps the best run of his career. The North Carolina native, who fights out of Sanford MMA in Florida, has won four straight, most recently a unanimous decision win over Kevin Holland in March. Brunson, 37, has won six of eight overall and has fought a who’s who of the division over the past nine years, including Adesanya, Whittaker, Anderson Silva and more.

Till (18-3-1) has lost three of his past four fights. In his last bout, in July 2020, the Liverpool native lost a very close unanimous decision to Whittaker. He is also coming off a broken collarbone. Till, 28, won his UFC middleweight debut against Kelvin Gastelum at UFC 244 in November 2019. “The Gorilla” is a former title challenger at welterweight, falling to Tyron Woodley.

In the co-main event, top heavyweight prospect Tom Aspinall meets late-notice replacement Serghei Spivak. Aspinall (10-2) is 3-0 in the UFC and coming off a submission win over Andrei Arlovski in February. Spivak (13-2) has won three straight, most recently a unanimous decision win over Aleksei Oleinik in June.

Follow along as Brett Okamoto, Marc Raimondi and Jeff Wagenheim recap every fight, or watch the action live on ESPN+.