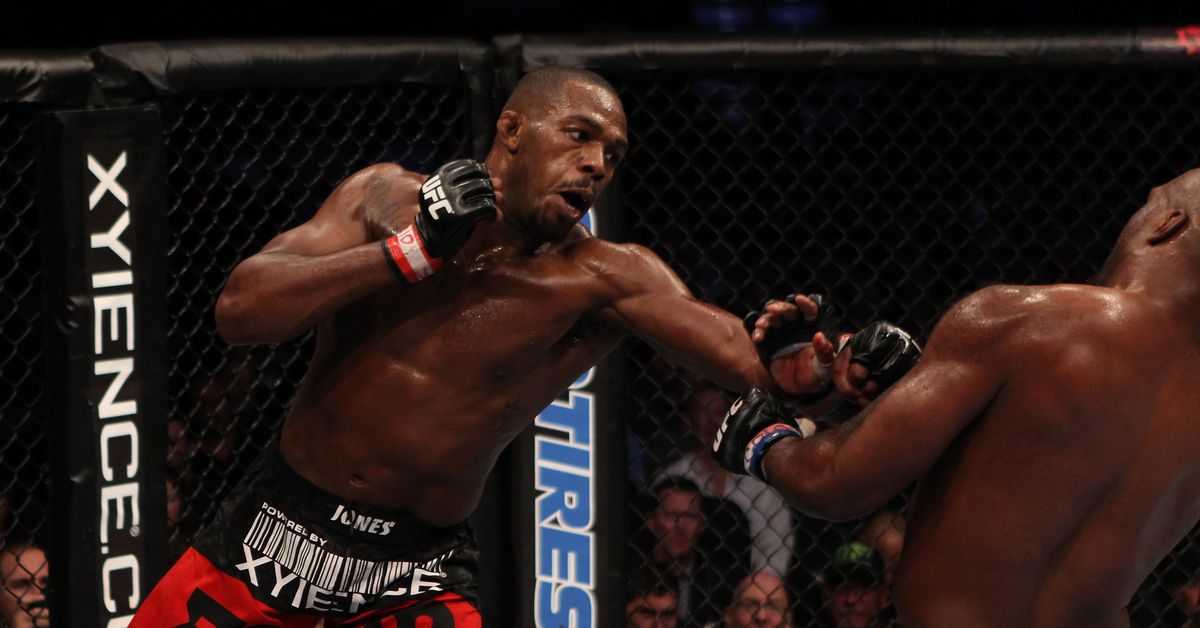 Jon Jones has a complicated legacy, undeniable greatness intermixed with a complicated drug test history and bad behavior outside of the Octagon. However, even Jones himself would likely admit to being a proponent of fighting mean: this is a man who has been admonished by referees for chin-butting an opponent and landing an illegal knee to a grounded opponent.

Even Jones’ legal techniques, like the shoulder crank, are brutal.

Of course, the two most infamous Jones strategies involve outstretched hands (occasionally into eyeballs) and the oblique kick to the knee. Former foe Quinton Jackson remembers both and is still a bit annoyed, jumping on the recent Khalil Rountree side kick controversy to offer his opinion.

“He’s the dirtiest fighter, too. They had to change the rules because of him,” Rampage explained on the Calabasas Fight Companion (via BloodyElbow). “When I fought him, whenever I was, like, have any type of advantage, he would put his fingers in my eye.

“Your eyeball is your weakest thing in your body, right? So when I was fighting him, he was like this (outstretched arm and fingers) the whole time. It’s hard to train for this, too. He’d poke me in the eye, and then when you come in and advance, he’d kick your knee backwards. They should make that illegal. It was really hard fighting him. If anybody got any advantage on him, he was gonna kick your knee backwards, keep you away and he’s gonna figure that out.”

One could easily argue sour grapes, but Jackson does actually have a point that the rules were changed to be harsher against outstretched fingers, and perhaps Jones’ frequent use of the strategy was pivotal in that change.

Either way, Heavyweight eyeballs are safe until UFC chooses to pay up for “Bones.”

Two weeks into the banner promo, and we have 75 names on the banner! We are totally on track to break the record (80), and I’m super grateful! Either Saturday or Sunday is likely the cutoff date to join the team, so time is short.

Jorge Masvidal wants to get back in the title hunt immediately … but he also wants to beat up the Paul brothers or scrap with Nick Diaz. “Gamebred” seems conflicted!

Jack Shore won dominantly over the weekend, but he’s still a bit beat up! It may be some time before we see “Tank” back in the cage.

I am setting the over/under on head-and-arm throws at four!

Israel Adesanya seems destined for rematches in the next 18 months — perhaps the sole con of being such a dominant and active champ.

I just wanted to shout out Impa Kasangay, who has consistently reacted to being on the wrong side of an all-time highlight with complete grace.

Haha why say sorry! I’m excited for him to return. I pray he does well. That knockout became a blessing in disguise. I’m looking forward to Claiming my Victory with my team and I want him to get his!
It’s fighting and I failed that night. I’ll continue to Claim Victories. ❤️‍ https://t.co/xC7zEYSl4N

The Suloev stretch is one of those moves that could end up a real game changer if more people start attacking it. It’s very effective and could largely eliminate trying to tripod and shake off an opponent from back mount!

I love nothing more than an old school fight clip with a story attached.

Perhaps the most acrobatic leg lock entry I’ve seen yet!

It was my mistake for not including this yesterday 🙁

Midnight Music: A classic from the great Patsy Cline.