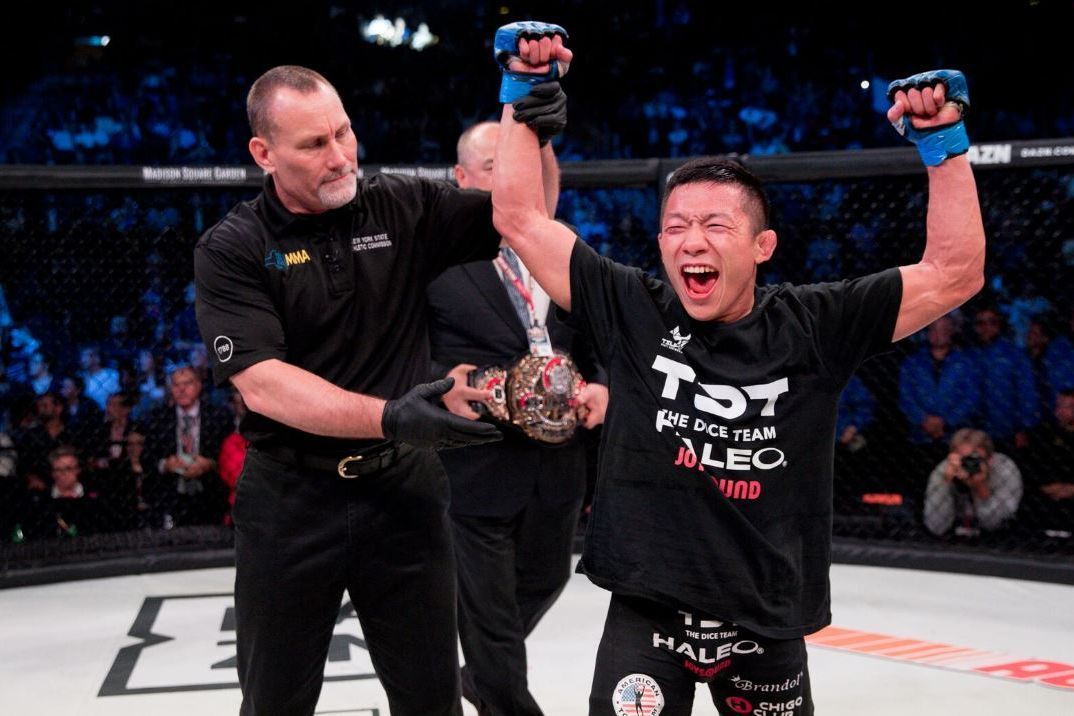 Bellator has added a familiar name to its burgeoning bantamweight division.

Horiguchi had been competing in Rizin in his native Japan since 2017. However, he lives in Florida, and travel to Japan has been difficult because of COVID-19-related quarantine rules.

Despite signing with Bellator, Horiguchi will remain the Rizin bantamweight champion, and the plan, once restrictions ease, is for him to still fight in Japan on occasion. Bellator and Rizin have a long-standing working relationship that allows for talent sharing, as well as teaming up for Bellator shows in Japan. Coker and Rizin promoter Nobuyuki Sakakibara have had a business relationship going back to their times leading Strikeforce and Pride, respectively.

“He’s a Bellator-contracted fighter, but because of the relationship I have with Sakakibara, we agreed that Horiguchi would still keep his title while being a Bellator fighter,” Coker said.

Horiguchi (29-3) is one of the best fighters on the planet at 135 pounds or lighter and a former flyweight title challenger in the UFC. He left the UFC as a free agent in 2016 to sign with Rizin for a bigger payday and to be closer to his family and fans in Japan.

Since then, Horiguchi has moved with his family full time to South Florida, where he has been training at American Top Team since 2016. Horiguchi dropped the Rizin title to Kai Asakura in 2019 and then had to vacate the Bellator belt because of a torn ACL later that year. In his return bout, Horiguchi stopped Asakura via first-round TKO last December to regain his Rizin bantamweight title.