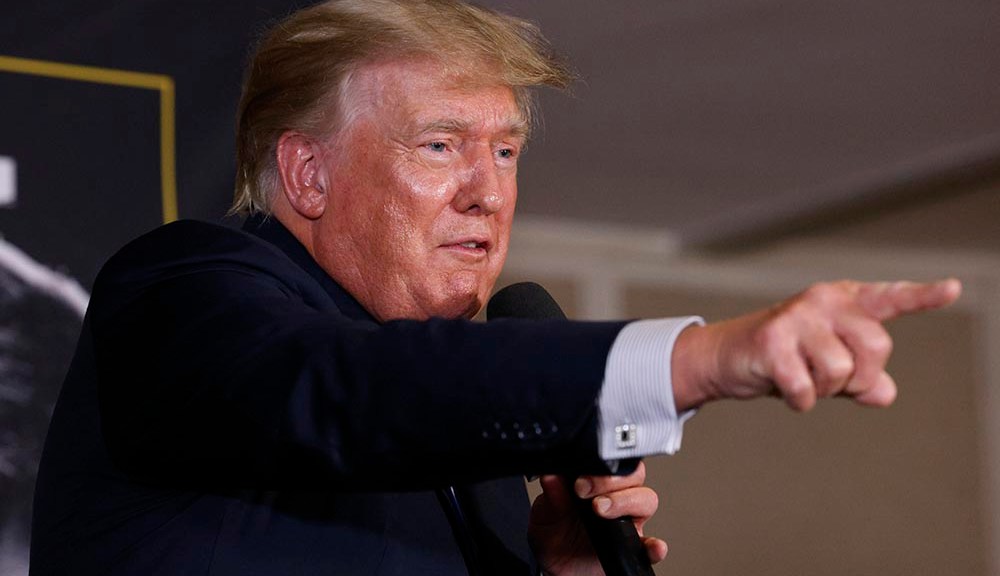 Shortly after former UFC light heavyweight champion Vitor Belfort made quick work of boxing legend Evander Holyfield in their main event fight, Trump, who was on secondary commentary duty for the event, spoke to the captive audience at the Seminole Hard Rock Hotel & Casino in Hollywood, Fla.

“You are some fighter,” Trump said. “I have to tell you, you have a couple of friends between Jorge and Junior, and my son, my ‘junior,’ they said you’re going to do fantastically well…I said, ‘Well, but boxing’s not his thing.’ Junior said, ‘Yes it is, you just watch.’”

The former heavyweight champ proved the former president correct in his prediction, as Belfort made quick work of Holyfield by scoring a quick first-round TKO finish.

Before the fight in an interview that took place just seconds before he entered the ring, Belfort ended his remarks with Trump’s presidential campaign tagline, “Let’s make America great again!”

The former president appreciated Belfort’s message, as did most of the crowd in attendance who chanted Trump’s name throughout the evening. “You are a great patriot and we appreciate it,” Trump added when speaking to Belfort.

“Vitor, your stock was very high, but it’s even higher tonight because you beat somebody who is, I don’t know, I think probably one of the greatest of all time,” Trump continued. “There’s no question about Evander and we love Evander. I know Evander, and I’ve never seen that happen to Evander. I’ve been with Evander a long time and it’s just one of those things, you were really fantastic.”

Trump also briefly proposed the idea of creating a matchup between Masvidal or Dos Santos as Belfort’s next opponent inside the boxing ring, but it appears Triller would like to create a matchup between Belfort and Jake Paul instead. 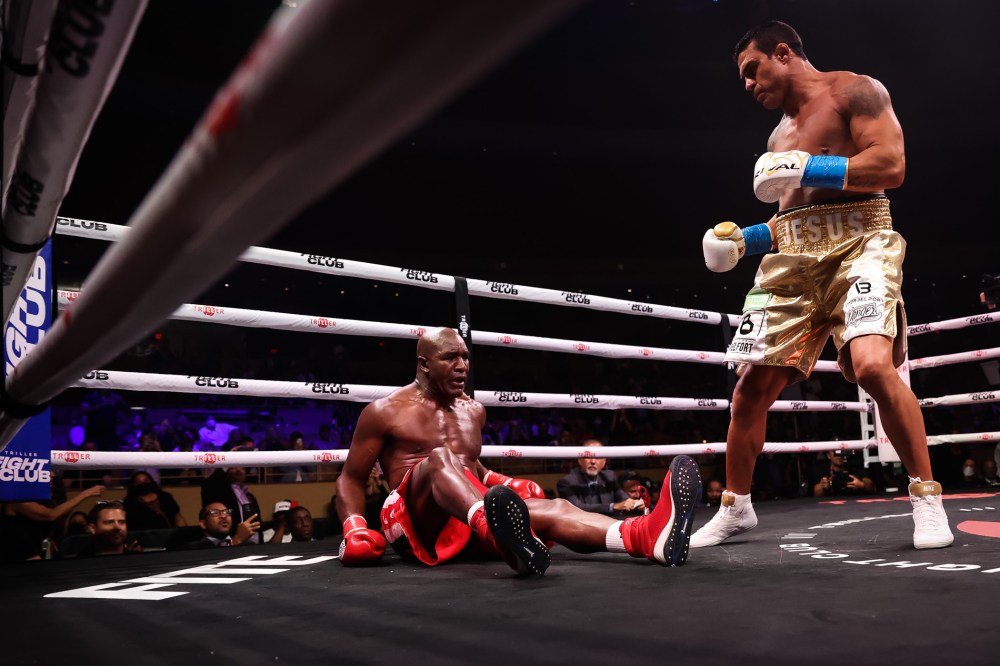