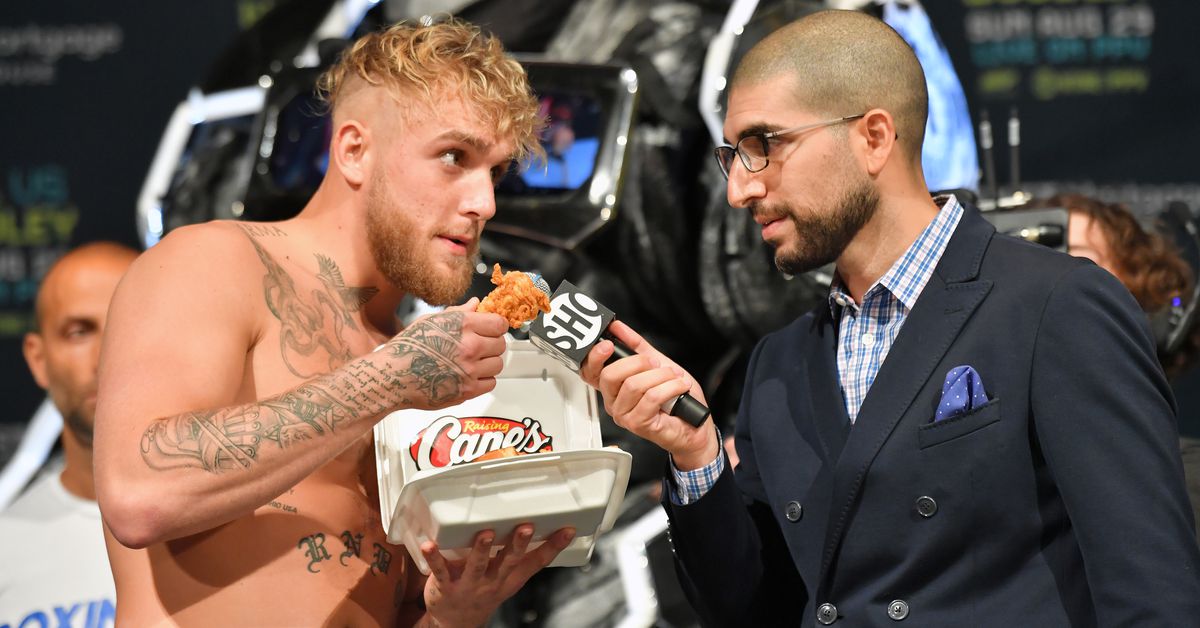 Jake Paul has a message for former Ultimate Fighting Championship (UFC) titleholder Vitor Belfort and any other mixed martial arts (MMA) fighter who wants him in the boxing ring.

“Tell my son to don’t [sic] run away,” Belfort texted Helwani, according to the latter. “To meet his daddy. There is no way out. I got $30 million, winner takes all.”

Paul had a scathing response for “The Phenom” and other fighters calling him out.

“Cool, put it into escrow. No problem. Let’s see the proof of funds in escrow. The notion that these MMA fighters think that I’m scared of them is funny. Or that I’m running away,” Paul retorted. “Dude, I have fought four times in the past two years. You can’t really even fight more than that if you’re doing big fights. I’m going back-to-back-to-back-to-back on these b—tch ass MMA fighters. Line them up, I will take all of them down. You guys cannot box. I outboxed a five-time UFC f—king champion. Vitor Belfort didn’t even get close to winning that many championships.

“You guys cannot box for s—t! There is not one moment where Tyron [Woodley] was outboxing me. Not one. The notion that [I’m] scared. I just took on one of your best fighters, Hall of Fame of all-time and s—t all over him on a bad night with a hyper-extended elbow. So f—k all of you.”

Paul (4-0) is coming off a split decision boxing victory over Woodley (watch highlights) at Showtime Boxing’s PPV event at the Rocket Mortgage FieldHouse in Cleveland, Ohio on Sun., Aug. 29.