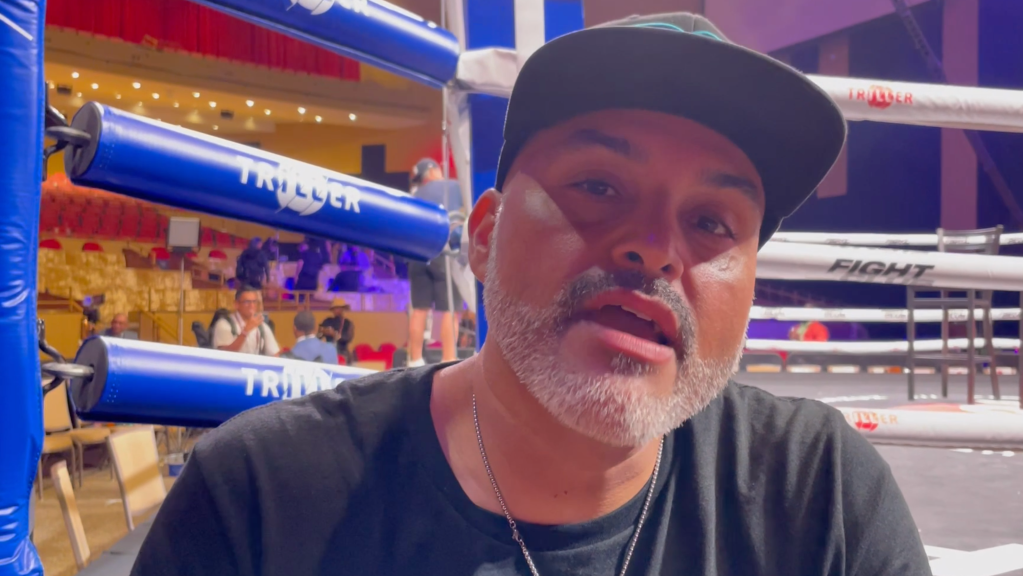 HOLLYWOOD, Fla. – Evander Holyfield needs to hang up the gloves for good seems to be the prevailing sentiment in the combat sports community, and that also includes Vitor Belfort’s boxing coach, Derik Santos.

Holyfield returned to competition this past Saturday, 10 years removed from his most recent fight. The 58-year-old former heavyweight boxing champion took on Belfort in the main event of Triller Fight Club: Legends II at Seminole Hard Rock Hotel & Casino in South Florida.

Belfort, 44, made quick work of the decorated boxer, knocking him down twice before picking up a TKO stoppage in the first round.

“No, I don’t think (he should continue fighting),” Santos told MMA Junkie in Spanish. “Hopefully he made a lot of money tonight. I have a lot of respect for Holyfield. He was great, he’s still great and will continue to be great in the world of boxing.”

Evander Holyfield frustrated with TKO stoppage vs. Vitor Belfort: ‘It was a bad call’

After beating Evander Holyfield, Vitor Belfort is all in on Jake Paul fight: ‘He’s got to meet his daddy’

Santos hoped the fight would’ve lasted a bit longer. He thinks Belfort didn’t showcase his full set of boxing skills in the quick TKO win. Either way, Santos is happy Belfort took home the victory in his transition from MMA to boxing.

“The plan was to box a bit more and show it throughout the rounds. But I understand that when a fighter is in there, they can have a plan, but when they connect, they get excited,” Santos said. “I’m sure he felt something that told him that he shouldn’t wait and he should put out the fire now.

“I wanted him to box more so he can show the public that he can box and that he’s technical. But hey, you can’t complain a whole lot – a victory is a victory. Sometimes you win by one point. Sometimes you connect with a lucky haymaker and you were losing the fight. So you can’t complain, you just have to thank God. I respect Holyfield a lot and I hope he’s in good health and all the best to his team.”

Belfort called out YouTube star turned boxer Jake Paul in his post-fight interview. Triller CEO Ryan Kavanaugh made a $30 million offer to Paul for the fight with Belfort.

Santos is all in on the Paul matchup and hopes it comes to fruition. 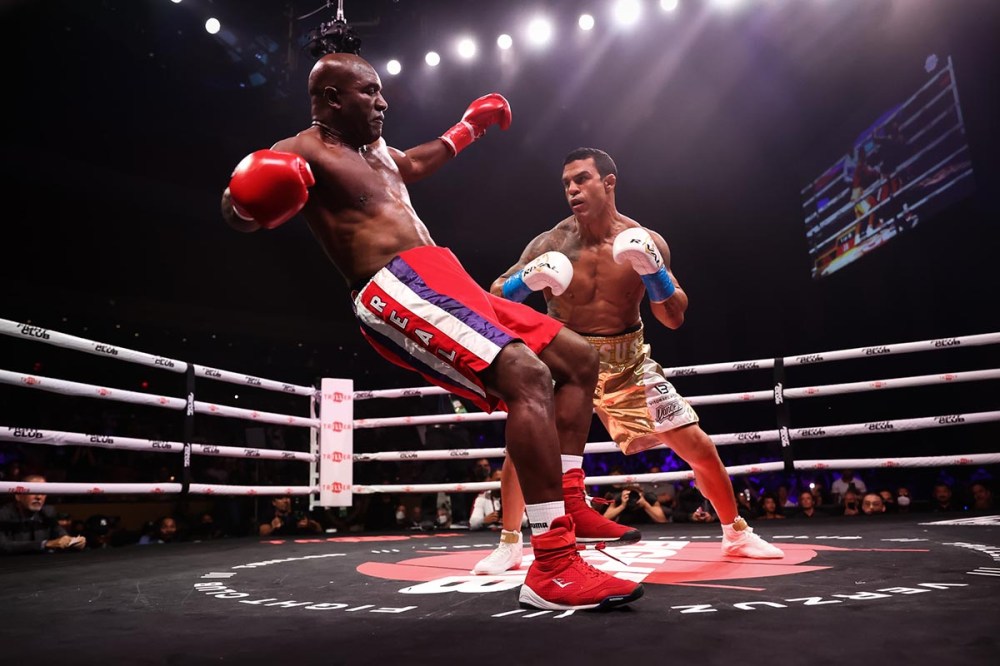